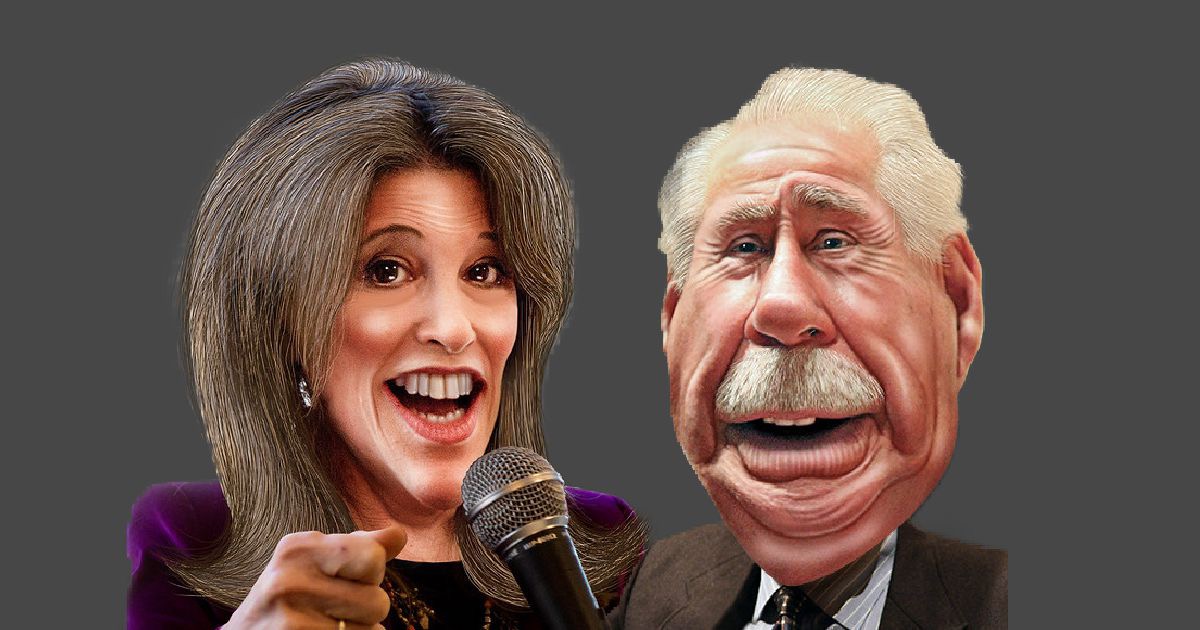 Recently, both Marianne Williamson and Andrew Yang met the qualifications for the next debates despite mic cuts and mockery. Marianne appears to have possibly benefited from divine intervention or her supporters putting enough love out into the universe, while Yang, well… he IS promising the most free stuff to the most amount of people while running for the Democratic nomination.

Marianne reached out to supporters once her milestone was reached with a tactic that’s unsurprisingly unconventional, to say the least.

She’s using her success to help out another – not just anyone, but an opponent running for the same nomination she seeks. An opponent who is roughly on par with her own level of support overall. Now that she’s included, there’s another voice she believes the debates have been missing, and she’s working to get a fellow contender heard.

I’m sure there are accusations out there alleging this strategy is stupid, madness, or incredibly praiseworthy and humble. Maybe all of the above. Perhaps, it shows more than anything her desire to inject positive ideas into the Democratic debates, rather than defining victory as some kind of electoral success. And the best way to realistically do that might just be to bring on the Gravelanche. In her words, “his voice is important”, as well as “diverse and provocative”.

Mike Gravel, as her email points out, “served as a United States Senator from Alaska from 1969 to 1981 and is a 2020 Democratic presidential candidate… During his time in Senate, he garnered wide respect for his unabashed opposition to the Vietnam War and for reading the Pentagon Papers into the Congressional Record, risking expulsion from the Senate.”

In 2008, Mike Gravel pursued the Libertarian nomination for President, as well as adoption of some of his ideas into the Libertarian platform. He ultimately lost out to Bob Barr that year for the nomination, coming in fourth place. Delegates may have been skeptical given his decades long history as a Democrat, his proudly less-than-libertarian beliefs on many issues, and his independence from any party line (including any dogmatic LP SOP or even the NAP). However, many in the LP respect his candor, individuality, sincerity, and contributions to the anti-war movement.

He returned to the Democratic Party, and originally stated that the aim of his campaign was not to win the nomination, but merely to make the debates in order to add his own unique voice to the discussion. And no matter whom one’s vote is eventually going to, I see no shame in sharing the desire for just that.

Hell, some, like Biden, Harris, and Gillibrand, might be actively opposed if their histories are any indications. Anyone who hates war is bound to love someone attempting to make the left anti-war again. And he’s unlikely to be nearly as measured or careful as Tulsi. The media in particular could stand the increase in ratings his stunts may provide.

And someone, please. Think of the memes. The MEMES.

He has a history of calling out hypocrites to their face, and naming names. The NYT has described his debate style when he last ran for the Democratic Presidential nomination as a successful ability to “steal a debate with outrageous, curmudgeonly statements.”

He joined the ranks of aging politicians like Ron Paul and Bernie Sanders who broke the internet and gained disproportionate popularity through their authenticity and consistency. Gravel likely outdoes both when it comes to a sharp tongue and quick jabs.

Unfortunately, his appearance in Presidential Democratic debates in the past did not translate to a nomination. However, he seems more open than most major party candidates about the fact that electoral success may not even be his end goal.

According to Marianne Williamson at the time of her email, Gravel is only 10,000 donations (of a dollar or more) from making the July debates. Despite the fact that Mike Gravel would pull from the same voters that Williamson is counting on, she urges a “commitment to articulating and amplifying the ideas that matter most” by getting him up there on the stage.

If you want to donate a dollar in order to throw a monkey wrench into the Democratic debates, you can do so here.

Doing so will, in Gravel’s pitch, allow him to “criticize Wall Street Democrats like Joe Biden to their faces”.

He is, in his own words, “committed to ending America’s imperial policies (especially in Venezuela and Iran), legalizing marijuana, fundamentally reforming our politics through direct democracy, abolishing mass surveillance on American citizens, prioritizing climate change, dismantling America’s carceral state, and building a foreign policy of peace.”

And, of course… “give candidates like Biden the vigorous criticism they deserve.”