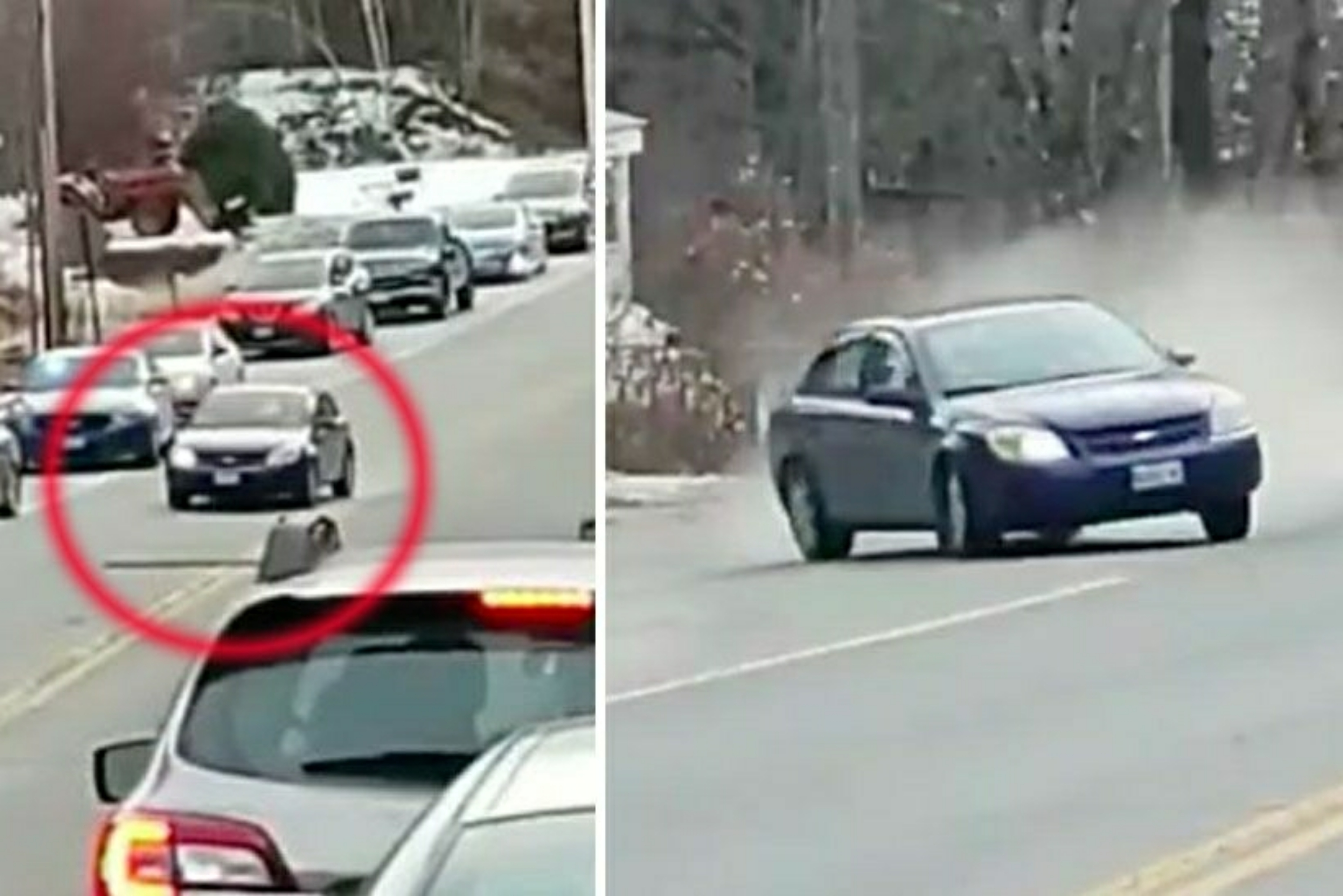 A man filmed a car driving recklessly in an effort to escape cops during a high-speed chase in Maine, until the car swerved uncontrollably off the road and hit the videographer’s vehicle.

The incident transpired Sunday afternoon when police attempted to pull over Dale H. Tucker, 29, who refused to the stop his 2007 Chevy Cobalt and sped away recklessly instead, according to the Portland Press Herald.

Deputy Joseph Dyer stopped Tucker at the intersection of Routes 302 and 35 in Raymond, Maine, and asked him to pull into a nearby parking lot. Authorities began a high-speed chase in an attempt to apprehend Tucker after he refused to acquiesce to Dyer’s request, the Herald reported.

Police set up a spike strip along Route 302 in an attempt to slow and stop Tucker.

“Usually, when spike mats are deployed, it is rapidly unfolding. … If the suspect just drives over the strips, it is not a problem; if he tries to go around it or take other action, it becomes a problem,” Lt. David Hall said in a Sunday interview, according to the Herald.

Raymond resident Tyler Bisson, who was parked on the side of the road, recorded Tucker’s reckless driving.

“Look at this. Look at this,” Bisson, 28, said as he and a passenger watched the man try to avoid the spike strip set up by police.

Just trying to go to this store and than this happens pic.twitter.com/5aymAQEvhl

Tucker also crashed into a 2000 Buick Park Avenue parked next to Bisson.

The Buick had three passengers, including 91-year-old Elmer Young, 82-year-old Barbara Young and 60-year-old Douglas Young. They were taken to the hospital and are in stable condition, according to Motor 1.

The chase occurred after Tucker became involved in a “domestic situation” Sunday, according to Capt. Don Goulet of the Cumberland County Sheriff’s Office, Motor 1 reported.

“Tucker made threats of going to a residence in Windham and causing harm,” Goulet said, the Herald reported.

The sheriff’s office along with the Windham, Maine, police are investigating both the alleged domestic situation as well as the speeds at which Tucker was traveling.

Tucker was also injured in the crash. He faces a number of charges including reckless driving, speeding and an attempt to evade the authorities, according to Motor 1.

How to Achieve Economic Freedom with Online E-Commerce Solutions