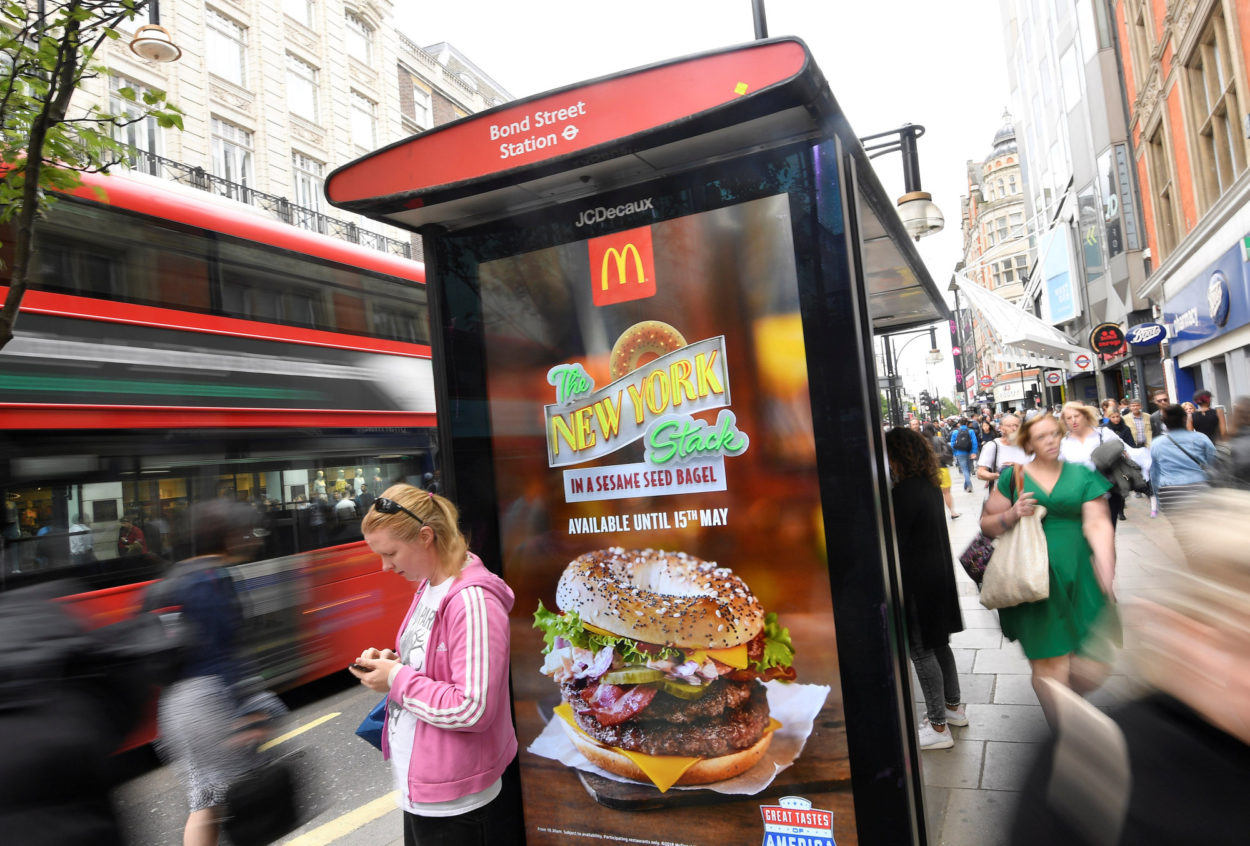 Beginning today, advertisements for food and drink containing high amounts of fat, salt, and sugar will be removed from London’s Underground, Overground, buses and bus shelters. The ban will also reach all roads controlled by for London, taxi’s and rideshares, trams, and The Emirates Air Line cable car.

Some advertisements may stay up for a while longer due to existing contracts between companies for ad space. All future advertisement bookings must follow the new law, and eventually, every advertisement that goes against the ban will be taken down. Mayor Sadiq Khan said that the priority here is tackling the “ticking time bomb” of childhood obesity in London and remarked that taking “tough action” was necessary.

Transport for London – or TfL – had the following to say on the situation for advertisers moving forward:

“We’ve already seen large advertisers confirm they will continue to advertise on the TfL network under the new rules – by advertising their products that are not too high in fat, salt and sugar.”

The Advertising Association believes that the ban will not bring about such a simple transition for advertisers, or that the ban will have much of an effect on reducing childhood obesity in London, saying that it will have “little impact on the wider societal issues that drive obesity.” The Association warned that “this will lose revenue from advertising for TfL and that will potentially have an impact on the fares that passengers have to pay.”

The demonization of advertisement-culture is not a new concept for London. Back in 2017, a campaign titled “Advertising Shits In Your Head” ran ads in public transportation areas throughout the city.

City Hall said that in an online consultation of 1,500 residents, 82% approved the ban.

Report: Green New Deal Could Cost Every US Household $65,000 A Year