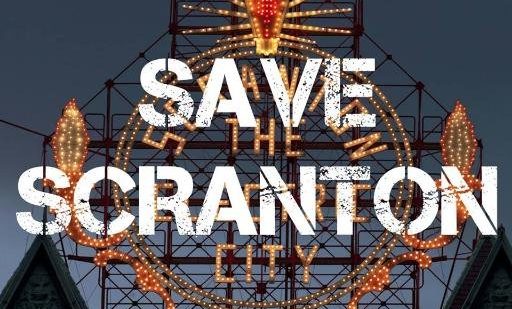 A local group called Save Scranton headed by Libertarian Gary St. Fleur are currently battling their city to save it. Scranton Pennsylvania suffers financially like many cities across the nation, but Scranton is also beleaguered by corruption and  ineffective bureaucracy. The city has been in serious financial trouble since 1992 and residents have seen little change or motion in the direction of creating a flourishing home.

While you and I may not live in Scranton, the city represents a common problem for cities everywhere. It is a shining example of a community doing battle to save itself from the voracious behemoth of government and shows just how predatory even local governments can become over time. The people of Scranton are organizing and taking it upon themselves to not only demand government accountability, but to create their own programs to help bring their city back from the brink of desolation.

In a misguided effort to solve its problems the city declared a tripling of taxes for local services. This hits residents, and those who care about Scranton, the hardest as they are shouldering the burden of the city’s $500 million debt. Mr. St. Fleur and other residents have repeatedly voiced their concern and feel at this point that bankruptcy may the best option to help their hometown start over, hopefully offering residents a chance to clear away some of the corruption and put a more fiscally responsible city council in place.

To add insult to injury, Scranton has already been collecting taxes beyond the legal limit for quite some time. Unfortunately, despite over taxing the citizens, the city has not managed to make wise use of the funds at its disposal or remedy any of its insolvency. Plaintiffs have filed a response demanding a halt to the increase in taxes and recognition that the city has been illegally taxing beyond the limit allowed in Act 511. These taxes are outlined in Act 511 where municipalities and school districts are required to choose from a list which taxes they will levy along with a maximum allowed tax rate. If a public school district and a city elect to levy the same type of tax from the accepted list, the monies must be shared equally between the two. This system of local taxes is sometimes referred to as “nuisance taxes”.

This could have major implications statewide for other cities that are or have collected taxes over the limit allowed in Act 511. If Save Scranton prevails it would force the city to reduce the taxes to the allowed amount, pushing Scranton into bankruptcy. St. Fleur and Save Scranton intend to demand that the people of Scranton have a chance to vote directly for the city to declare bankruptcy in November of 2017 through a precedent setting ballot initiative.

For More Information or to get involved please visit Save Scranton