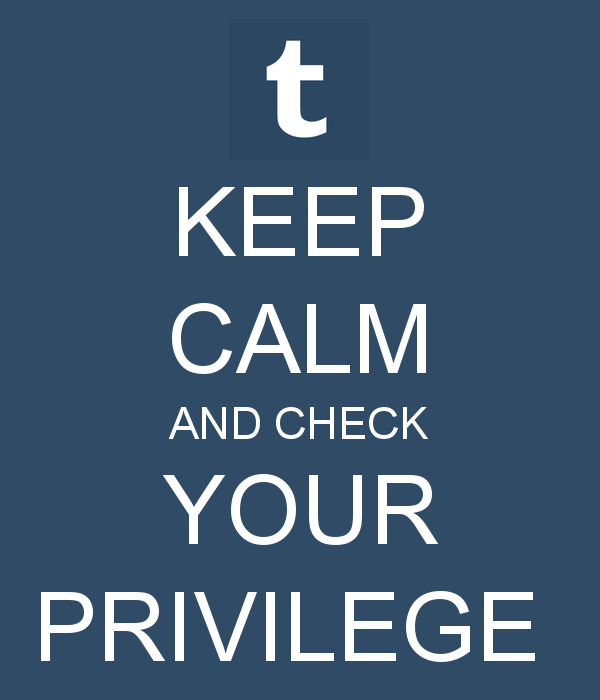 Over the past six months or so, I’ve watched with varying levels of boredom as an unfortunate trend began to appear. Apparently, libertarians collectively took a sociology 101 class, and everyone has a strong and nuance-free opinion on matters of race and gender.

So where’s this coming from? As far as I can tell, it sprung up a few months ago after a series of semi-public libertarian figures began having debates over how best to reach out to women and minorities.

This is, at its core, a valuable conversation to have, because it’s no secret that libertarians have an image problem at the very least. Go to a libertarian conference, and you’ll see what I mean. We know libertarianism is overwhelmingly white and male with an unfortunate tendency to associate with unsavory elements.

Perhaps this is because libertarians, being a long disenfranchised population, are drawn to “outsiders” and, used to being ostracized themselves, are hesitant to do so to others, even those who deserve it.

Perhaps  — no, definitely – we need to work on our messaging, and figure out effective outreach strategies. But I’m willing to bet it’s not because we didn’t check our privilege enough. Or because we checked it too much and those darn feminists messed everything up.

I never thought I’d see libertarian discourse descend to the level of tumblr versus reddit.

For the record, I see plenty of merit in critical theory. I also believe libertarians have a lot to learn from the various theories of feminism that exist. It makes my brain hurt to see ignorant libertarians say “all feminists” — insert whatever insult here.

A loud minority of uneducated people seem content not to learn, well, anything, and thus set up quite the straw-man.

But people on the other side seem to take up the straw men and run with them into a theory that’s tenuously libertarian at best. Critical theory has been taught in freshman sociology courses for decades; it’s hardly a groundbreaking foundational theory upon which libertarianism must rest. There’s a leap between talking about racial disparities in sentencing or historical entry barriers faced by women and buying wholeheartedly into critical theory and 1990s-era feminism.

One can accept privilege as a fundamental idea; one can be a libertarian feminist.

But when we try to wrap every libertarian idea around a simplistic notion of these ideas (or pretend we have nothing to gain from other theories because Rothbard isn’t the author), well, then we’re no better than the race hucksters of the left and no less tone-deaf than the floundering attempts of right-wing minority outreach.

People aren’t stupid. And while some libertarians on the internet might have never bothered to Google “critical theory” or heard of the basics of feminism, the average educated person most certainly has both heard of them and most likely formed nuanced opinions. Assuming the opposite is a sloppy mistake that will win us no friends, make us look ignorant, and in the end only damage the one thing that sets us apart – our ideas.

Author Bio: Rebekah Johansen is a longtime liberty activist and rabble-rouser currently living in DC and working full-time in the nonprofit political field. She is the outreach director for the Coalition to Reduce Spending, a single-issue organization dedicated to reduced federal expenditures.

$10M Gold Treasure Found By Couple May Have Been Stolen From US Mint, They Could Lose It All