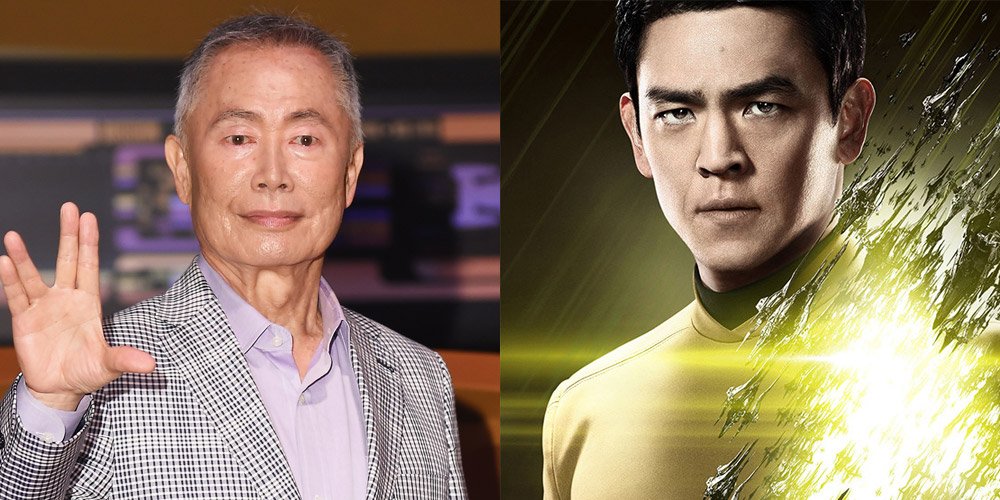 In a moment of supreme irony, progressives on social media are sharply criticizing former “Star Trek” actor George Takei for disapproving of the decision to make the character “Sulu” gay in the upcoming “Star Trek” movie.

Takei played “Hikaru Sulu” in the original “Star Trek” television series. He came out as gay in 2005 and has since been a very high-profile advocate for gay rights, with a very active presence on social media.

In tribute to both Takei and the progressive politics of series creator Gene Roddenberry, the creators of “Star Trek Beyond”  revealed that the rebooted Star Trek’s version of Sulu is a gay man raising a young daughter with his husband.

Takei, though, surprised many by revealing he disapproves of the move. He said it was disrespectful to Roddenberry to suddenly reveal “Sulu” as gay when the show’s creator always viewed him as a straight man.

“I’m delighted that there’s a gay character,” Takei told The Hollywood Reporter. “Unfortunately, it’s a twisting of Gene’s creation, to which he put in so much thought. I think it’s really unfortunate.”

“Sulu” never had a romantic interest in the original “Star Trek,” but he did have a daughter named “Demora” who first appeared in the movie “Star Trek: Generations.” Takei told The Hollywood Reporter that “Demora” was born from a fling with “a very athletic, powerful and stunningly gorgeous woman.”

Takei said he learned of Sulu’s planned outing last year, and urged filmmakers to make a new character gay instead.

Takei’s sentiments have appalled many of his fellow progressives, who bashed him for not being fully on-board the progress train.

I’m so mad @GeorgeTakei. How dare you wish to take away what little positive movement we have in LGBTQ representation! You, of all people.

Why Won’t Gary Johnson Criticize Hillary Like He Does Trump? Here’s the Answer