Rising costs of medical care have spurred calls for elaborate reforms such as Obamacare. While I doubt it will ultimately succeed, there is a less intrusive reform that could have a profound effect on costs and save thousands of lives. A quick internet search provides numerous stories of people who await organ transplants. Unfortunately, statistics are not in their favor. Most of them will pass away while on the wait list.

In the United States, the buying and selling of organs on the private market became illegal in 1984 under the National Organ Transplantation Act. Since then around that time, health care costs have increased at a faster rate than prior to 1980. There may not be a clear causal relationship, but it is worth considering the legalization of private organ sales. As the supply and demand gap widen, more lives are being lost at an ever increasing cost.

Demand for medical care does not stop when someone is added to the waiting list. Kidney patients, the most common, require dialysis whether or not they receive a kidney. As an indicator of costs, Medicare spends over $70,000 per patient for every year of dialysis. Compared to under $17,000 for a functioning transplant patient, the savings are lucrative. Considering 25% of hospital expenditures go to administrative costs, the reduced demand for long term care would be a major cost savings that also frees up resources for use elsewhere.

Like all prohibitions, restrictions on organ sales have created a huge black market. Black market kidneys average a selling price of $260,000 in the United States and $62,000 in China. You could sell your kidneys, liver, and heart for over $500,000 on the black market. The real market price is up for debate, but it would likely be a substantial sum none the less.

Black markets do more than inflate prices. They create a hostile environment for consumers. In organ sales, the outcomes can turn deadly. For example, it is estimated that at least 7,000 kidneys are illegally obtained, which means forcibly removed from someone. Since global supply is nowhere near the demand, black market organs have become such a lucrative business that even ISIS has taken to it.

Cost savings and medical care aside, organ restrictions are an obstruction of individual liberty. You own your body, which includes your organs. Organ sales could be a means for low income families to leave their children a posthumous estate, or at least more than otherwise. Private parties would be able to negotiate the terms of sale and use. The laws of supply and demand would allocate organs more efficiently that the current bureaucratic nightmare.

Private organ sales could have a profound impact on thousands of lives at minimum. In 2013, almost 20,000 people between the ages of 35 and 64 received organs, but five times that remained on the waiting list. According to the American Transplant Foundation, one deceased organ donor can save up to eight lives. Prohibition of private sales reduces the financial reward for becoming a donor. Thus, the market entry for donors becomes a matter of altruism. If pure altruism is the only incentive, economics tells us that supply will be severely restricted, which has turned out to be true.

Legalization would mean an immediate opportunity for saving thousands of lives and dollars. As 30 Americans continue to die every day, it is time we rethink our policy on private organ sales. Organs are your bodily property and government should not use poorly managed bureaucracies to allocate the supply of organs. As with many government policies, the catastrophic results have been contrary to the original intent of patient safety. 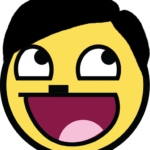 7 Quotes That Prove Adolf Hitler Was A Proud Socialist