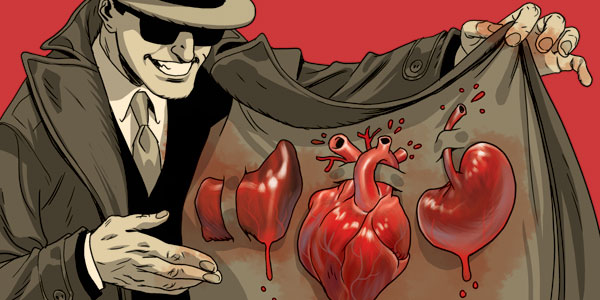 Iraq’s ambassador to the United Nations Mohamed Alhakim asked the U.N. Security Council on Tuesday to look into allegations that the ISIS is financing its organizations through organ harvesting.

According to CBS News article, Alhakim told reporters that bodies have been turning up in mass graves with surgical incisions missing kidneys or other body parts.

“We have bodies. Come and examine them,” he said. “It is clear they are missing certain parts.”

Adding, that there is also the discovery of a dozen doctors were ‘executed’ in Mosul because of their refusal to participate in organ harvesting.

In his briefing to the UN council, Alhakim mentioned the overall situation in Iraq – believing that ISIS is involved in the “crimes of genocide”, targeting certain ethnic groups.

Backing the Ambassador’s claims, the UN’s Special Representative to Iraq, Nikolai Mladenov, told the council that 790 people were killed in January alone by terrorism and armed conflict.

“It’s very clear the tactics ISIL is using expand by the day”, he said

Mladenov feels that Iraq’s main goal is to win back the ISIS seized territory. This past year, the Sunni seized 1/3 of both Iraq and neighboring Syria and imposed strict Sharia law.

“Especially worrying is the increasing number of reports of revenge attacks committed particularly against members of the Sunni community in areas liberated from ISIL control,” Mladenov said.

ISIS seized control of 85% of the Anbar province in Iraq. Sheikh Ahmed Aburisha, a tribal leader from Anbar visited Washington in January urging the U.S. to give his tribes weapons and money so they can defeat ISIS in Anbar.

“Vice President Biden and Gen. [John] Allen have a clear picture of what is happening in Iraq and Anbar and what type of support is needed for the fighters in Anbar,” Aburisha told CBS reporter.

The Readout of the Vice President Biden’s Drop-By with a Visiting Delegation from Iraq’s Anbar Province states:

Aburisha told the CBS reporter that, “We have received promises and we hope that these promises will materialize in reality on the ground.”

‘Lone Survivor’ Marcus Luttrell: ‘300 Marines can wipe out ISIS, if we unshackle them.’