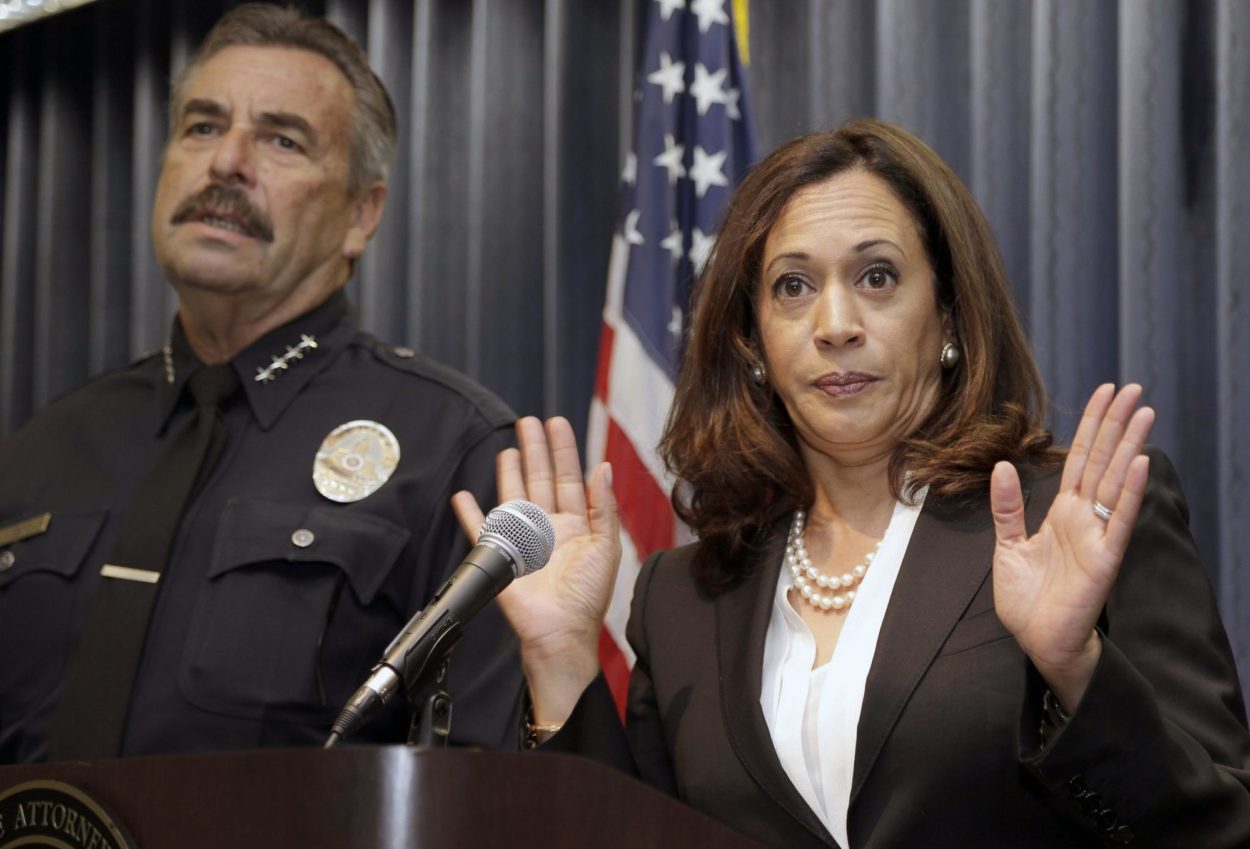 The skin color of Democratic presidential frontrunners moved to the forefront of discussion among left-of-center pundits after Democratic California Sen. Kamala Harris dropped out of the race Tuesday.

Harris’s announcement means the only candidates who have qualified for the next Democratic debate are white, a fact that caused chagrin among media figures and liberal activists.

Left-wing commentator Lauren Duca implied that Democrats have a racism problem, as evidenced by Harris’s struggling campaign. “White supremacy is not just a Fox News problem, folks,” she charged.

Kamala Harris officially ended her campaign today, which means that all of the candidates who currently qualify for the December Democratic debate are white (Sanders, Warren, Biden, Buttigieg, Klobuchar, and Steyer).

White supremacy is not just a Fox News problem, folks.

“It’s really fucked up that straight white male billionaires (plural) are going to qualify for the next debate while Kamala Harris is leaving the race. Like, immensely,” wrote Adam Peck, a staffer at the left-wing Center for American Progress.

The Democratic Party has created a process with includes Steyer but excludes Cory Booker.

“Kamala may not have been my number one candidate, but she belongs in the race,” added Imani Gandy, an analyst at left-wing outlet Rewire News. “Now we’ve got rich white dudes papering the airwaves with their bullshit,” Gandy wrote, adding: “I’m not voting for Biden or Buttigieg.”

“Moderate white guys are performing so well in the polls in large part because of how they are being propped up by the media,” wrote left-wing activist Adam Best.

Jezebel’s Esther Wang wrote that “it’s hard not to notice that with [Harris’s] departure, and with the struggles of both Cory Booker and Julián Castro to fundraise and qualify for the upcoming debates, the top tier of candidates remaining are all white.”

How LemonDog Media Can Aid Your Business Success