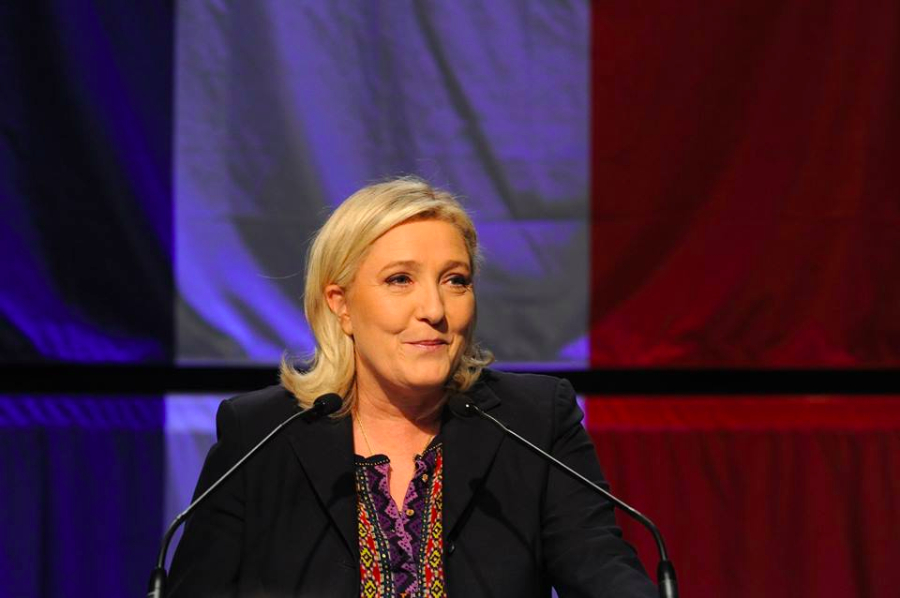 Marine Le Pen is a presidential candidate from France’s far right political party, National Front. She is traveling abroad to affirm her legitimacy as a candidate and gather support from foreign leaders. The visit to Lebanon is strategic and timely. Le Pen seems to be courting Franco-Lebanese voters before the first round of elections, set for April 23rd.

The grand mufti is Lebanon’s chief cleric for Sunni Muslims and leader of the Dar al-Fatwa, the foremost Sunni authority in the country’s multireligious climate. Le Pen met with Lebanon’s Christian President Michel Aoun and Sunni Prime Minister Saad al-Hariri on Monday. She was scheduled to meet with Grand Mufti Sheikh Abdul Latif Derian on Tuesday.

Upon her arrival, the cleric’s office greeted her and an aide insisted upon a white headscarf before the meeting the grand mufti. Le Pen refused and cancelled the meeting.

“You can pass my respects to the grand mufti, but I will not cover myself up,” she told reporters after the exchange.

A spokesman for the grand mufti told CNN that Marine Le Pen was informed of policy well before the meeting.

“I met the grand mufti of Al-Azhar,” Le Pen told reporters, speaking of her visit to Cairo in 2015. “The highest Sunni authority didn’t have this requirement, but it doesn’t matter.”

“They did not cancel the meeting, so I thought they would accept that I will not wear the scarf,” she continued.

This ordeal is certainly dramatic, but it is far from surprising.

French laws have already banned headscarves in public service and high schools, but the National Front leader has expressed interest in expanding this policy to more public places.

Le Pen and National Front embrace a more skeptical approach to Islam and its cultural implications, similar to other right-wing nationalist movements. She hopes to capitalize on the surge of support behind Donald Trump, Brexit framer Nigel Farage, and other nationalist-leaning leaders in the upcoming election.

What becomes of this exchange remains to be seen, but it is sending a message to friend and foe alike. Marine Le Pen and her party are seen as a threat by some and the future to others. The upcoming election will declare which the French think of her.

The Rise and Fall of Milo: Will He Recover?