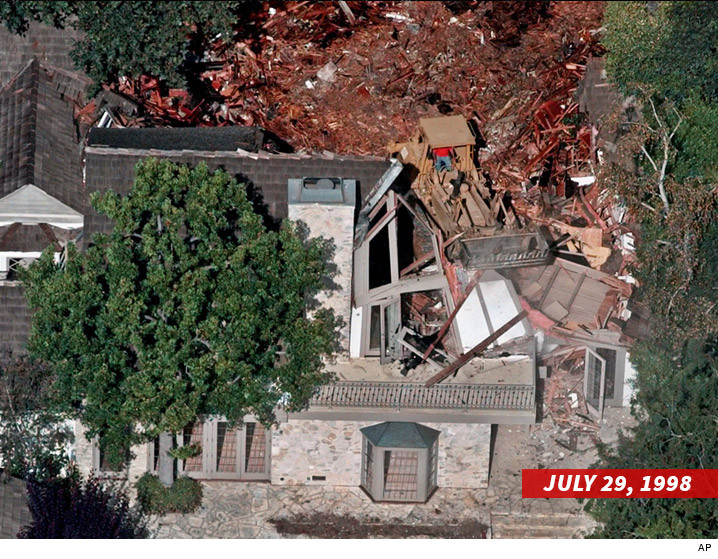 The LAPD has been keeping top secret files on the recent discovery of a knife that was unearthed from the O.J. Simpson property nearly two decades ago when the home was being demolished.

The construction worker who found the knife told a police officer but couldn’t remember the exact date, sources told TMZ. After handing it over to the officer, who was off-duty at the time, the officer held onto it for years.

Police are handling this on a top secret basis and even changed the way this has been logged in their system while they are investigating the issue.

Why the officer or the construction worker didn’t turn over the discovery to authorities remains a mystery. The discovery was finally acknowledged in a January report, when the former traffic division officer contacted a friend in the homicide division, asking him for the departmental record number for the Nicole Brown Simpson and Ron Goldman murder case. According to TMZ, the officer wanted to mount the knife and have the case number engraved on a frame. However, the officer’s friend eventually reported the matter to the police. LAPD were apparently furious and demanded the officer hand it over, which he did.

Even though Simpson cannot be tried for the same murder again as a result of double-jeopardy laws, it is understandable why the police are very interested in keeping the details under wraps while investigating whether or not the folding buck knife that was found is indeed the weapon used to murder Nicole Brown Simpson and Ron Goldman.

While the knife is rusty, officers believe there could be blood stains on it that could be identified with DNA testing. There are also plans to have organic tests done to uncover any hairs or other evidence.