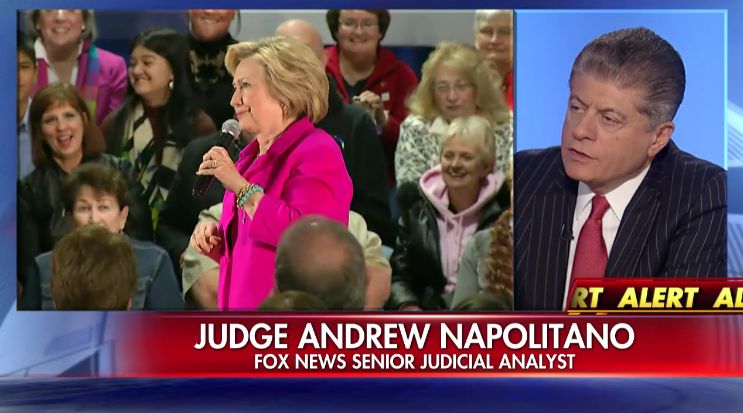 Judge Andrew Napolitano weighed in this morning on the latest revelations regarding intelligence rated above “top secret” being found on Hillary Clinton’s email server. The Judge says the new revelations make Hillary a “prime candidate for prosecution.”

“These are the crown jewels of the American intelligence community of the United States government. If this information’s compromised, we’re going to suffer very serious national security damage. People are going to die, quite frankly.”” said Faddis.

El Chapo Found in Possesion of Fast and Furious Rifle