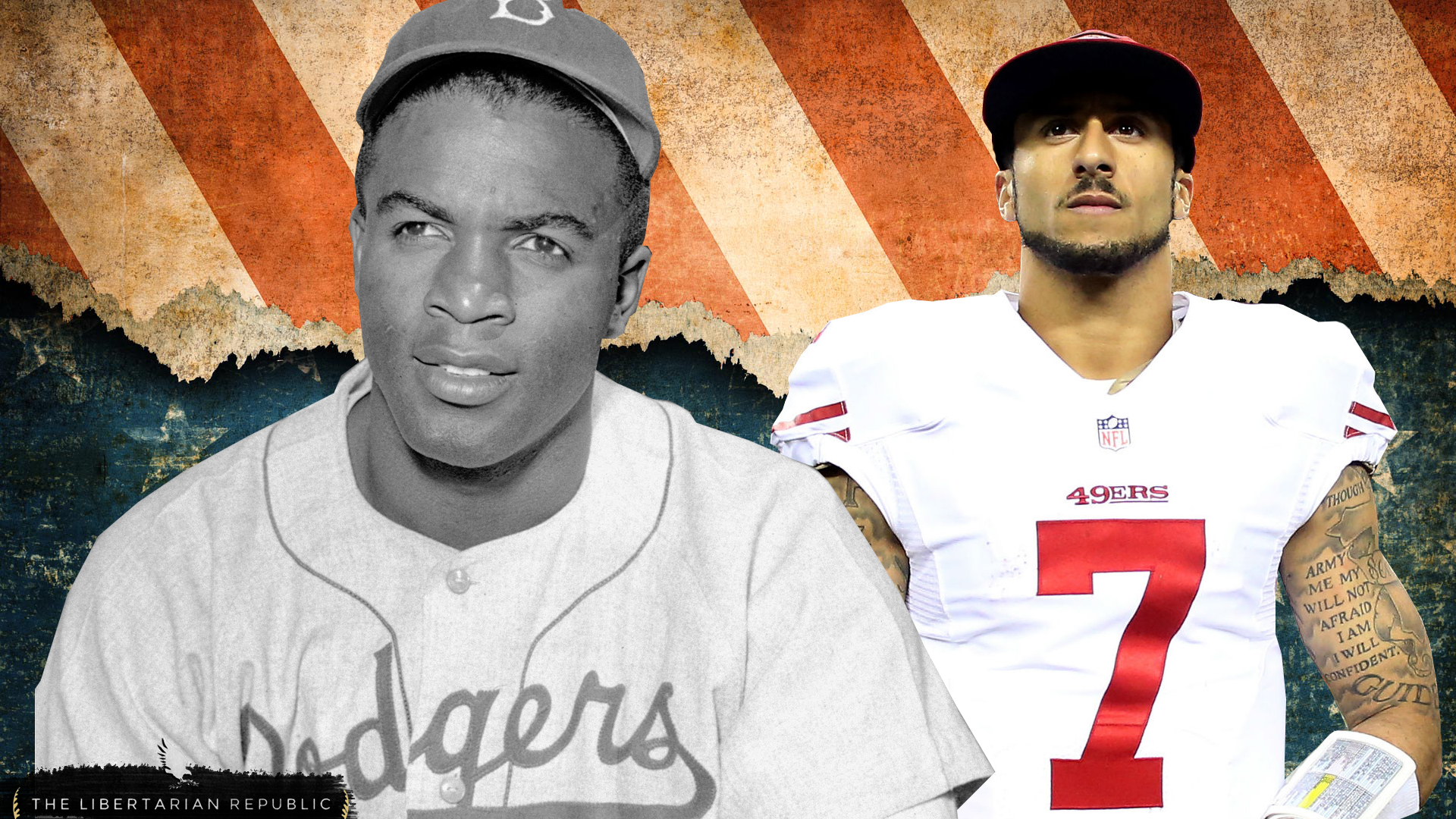 The media-sphere in the US has recently been humming around the refusal of San Francisco 49ers quarterback Colin Kaepernick to stand during the national anthem at NFL games.  The multi-million dollar athlete has been openly critical of both presidential candidates, saying that Hillary Clinton believes black kids are “super-predators” and that Donald Trump is “openly racist.” NFL.com reports Colin had this to say:

I am not going to stand up to show pride in a flag for a country that oppresses black people and people of color … To me, this is bigger than football and it would be selfish on my part to look the other way. There are bodies in the street and people getting paid leave and getting away with murder.

Kaepernick isn’t the only famous professional athlete to have taken this stance. Jackie Robinson, the first African-American to play in the major leagues in the modern era, was of a similar mind to the San Francisco quarterback. In his 1972 autobiography, Robinson wrote the following:

There I was, the black grandson of a slave, the son of a black sharecropper, part of a historic occasion, a symbolic hero to my people. The air was sparkling. The sunlight was warm. The band struck up the national anthem. The flag billowed in the wind. It should have been a glorious moment for me as the stirring words of the national anthem poured from the stands. Perhaps, it was, but then again, perhaps, the anthem could be called the theme song for a drama called The Noble Experiment. Today, as I look back on that opening game of my first world series, I must tell you that it was Mr. Rickey’s drama and that I was only a principal actor. As I write this twenty years later, I cannot stand and sing the anthem. I cannot salute the flag; I know that I am a black man in a white world. In 1972, in 1947, at my birth in 1919, I know that I never had it made.

What do you think? Are these athletes right? Has the US been a bastion of oppression both in the past and in the present day? Is it the right of every person to decide to whom their allegiance, honor, and respect are due? Let us know your thoughts on Facebook or in the comments below.

Trump: If Kaepernick Doesn’t Like America, Then He Can Get Out