Governor Gary Johnson, the Libertarian presidential nominee, has described his tax policy on his own website as follows:

Governor Johnson advocates the elimination of tax subsidies, the double taxation embodied in business income taxes, and ultimately, the replacement of all income and payroll taxes with a single consumption tax that will allow every American and every business to determine their tax burden by making their own spending decisions. Taxes on purchases for basic necessities would be “prebated”, with all other purchases taxed equally regardless of income, status or purpose.

The elimination of all income taxes and payroll taxes sounds like a dream come true. However, any form of taxation is theft, and each comes with its own drawbacks. In the case of the FairTax advocated by Governor Johnson, here are some of the issues:

Hopefully, Governor Johnson will soon make clear exactly what he intends by his tax platform and how these unwanted consequences might be avoided. 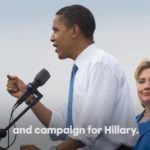 Behaving “as If” the Presidential Election Is of No Importance