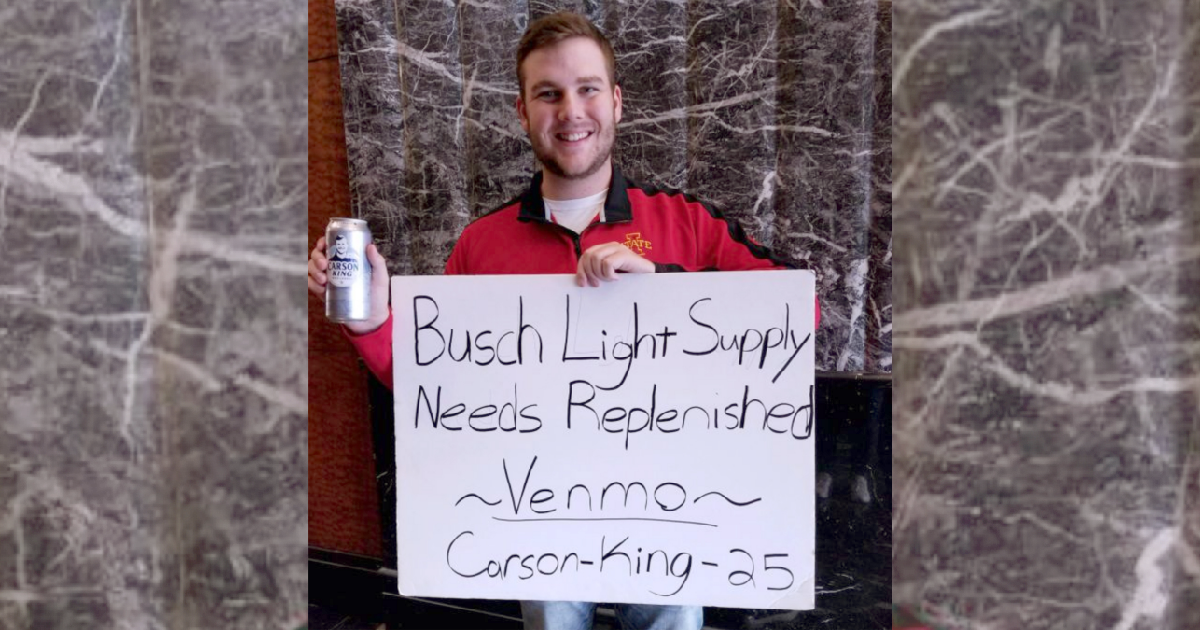 A Des Moines Register reporter has been called out for his own tweets after he unearthed two offensive tweets from a viral star who racked up over $1 million in donations for a children’s hospital.

Carson King, 24, went viral after he held up a sign in Sept. 14 asking for Venmo donations for his “Busch Light Supply.” King donated the money to a children’s hospital, resulting in Venmo and Busch Light matching the donations, when he received more money than he bargained for.

Des Moines Register reporter Aaron Calvin wrote a profile of King Tuesday, unearthing two offensive tweets from when he was 16. The reporter’s discovery led to King admitting to the tweets in a news conference and Busch Light canceling its partnership with him.

Critics hit back at Calvin, wondering why the reporter delved so deep into a the 24-year-old’s personal life, and it was discovered that the reporter had written his own contentious tweets. Calvin published multiple tweets between 2010 and 2013 making fun of black people, joking about abusing women and mocking homosexuals, The Washington Post reported.

Hi @DMRegister! Is using the N-word OK by your employees especially those who dug through Caron King’s tweets? pic.twitter.com/nGD4x47TvQ

Hi @DMRegister! Is using the N-word OK by your employees especially those who dug through Caron King’s tweets? pic.twitter.com/nGD4x47TvQ

Calvin deleted the tweets and issued an apology, according to WaPo.

“Hey just wanted to say that I have deleted previous tweets that have been inappropriate or insensitive. I apologize for not holding myself to the same high standards as the Register holds others,” Calvin tweeted early Wednesday morning before making his account private, WaPo reported.

Iowa Republican Gov. Kim Reynolds dedicated Sept. 28, 2019 as “Carson King Day” in the state Wednesday. The day is intended to “thank [King] for his contributions to the University of Iowa Stead Family Children’s Hospital, Iowa children, and their families,” the Iowa governor’s website reads.

The Des Moines Register did not immediately respond to a request for comment.