Ask the average consumer if she feels influenced by celebrity behavior and only about one out of ten will admit to buying something because their favorite celeb mentioned it. But the truth is much closer to the reverse. People have an insatiable curiosity for the everyday details of the rich and famous, and even though they know they can’t believe everything they see, the vast majority of consumers — over 90% — trust influencers over than endorsements or traditional advertising. A single selfie of Rihanna sporting a pearl choker necklace can cause sales to skyrocket, and potentially even launch a whole new trend. But here’s the catch: the pic has to appear natural or ‘organic.’ If she seems to be selling something, it won’t work. These days, people research everything online, from hotel rooms to bridal shower gifts, and a casual image of a star using a product can translate into huge sales. But who is a star? And if they’re not one of Hollywood’s elite, why are consumers listening to them? Read on to learn just how much power influencers have over consumer buying behavior. 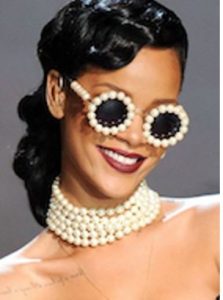 Modern consumers are savvy. They know celebrities get paid to advertise, and that they don’t necessarily care about the products they’re pushing. Indeed, a measly 4% of the American public believes the marketing industry is honest. Given that consumers know they’re being pitched to, how does influencing on social media work so well? The answer is micro influencers. Micro influencers are passionate about the products they promote and only advertise brands they truly believe in. This creates trust between the influencer and their audience.

Teens are particularly susceptible to social media influencers, preferring YouTube personalities to ‘ordinary’ stars. One exception to this rule is if the celebrity happens to know a lot about a certain niche, such as food. When a well-known chef endorses a restaurant, people listen because the chef’s reputation is at stake. Even better, the chef’s followers tend to be foodies themselves and are interested in trying new restaurants, meaning more of them will go check it out, aka a higher conversion ratio.

While in the past teens poured over fashion magazines, today’s fashionistas look to internet influencers for advice. And thanks to the interactive format of social media, influencers can respond to followers’ interests and tastes, providing personalized feedback. This forges a strong bond between influencer and follower that leads to more sales.

Micro influencers are regular people, moms who blog about a healthy lifestyle or twenty-somethings on a weight-loss journey, which makes them more relatable than seemingly untouchable superstars. Micro influencers prove their authority by practicing what they preach, and attract followers who have similar interests. Trust increases through personal interaction — and by the products or services actually performing as promised. This helps keep things honest and builds confidence because if Momblogger or FitDude starts promoting too many products that don’t work, trust is broken and viewership — and sales — fall off.

More than 80% of consumers make purchases based on recommendations from ‘trusted sources.’ Twitter claims that 40% of its users have taken action directly due to a tweet by an influencer, and about half of consumers say they trust influencers and have used recommendations to help them make selections when buying.

It is interesting to note that bigger isn’t always better in the world of influencers. Certain brands, especially the high-end ones, often use influencers with fewer followers, even below 10,000, because what they want is the right customer base for their product. People who only follow a few influencers are often deeply engaged with those platforms, resulting in higher sales than those with more followers but a shallower relationship. Meaningful, valuable content is what followers want, and the micro influencers are the ones who deliver it.

Another reason for influencers’ incredible power is ad blocking. It is estimated that about half of internet customers use software to block advertisements, delivering a heavy blow to traditional ad effectiveness. Businesses have taken note of both of these trends, and according to Bloomberg, advertising via influencer is upwards of $250 million every month.

Influencers have become the new celebrities, and even a brand unto themselves. With influencers launching their own product lines, the difference between an influencer and a brand is getting blurrier all the time. So long as the influencer and products they promote remain legitimate and deliver on their promise, their power is immense.

All trends point to influencers taking on an increasingly significant share of advertising, and with better-than-average conversion rates, micro-influencers are poised to become tomorrow’s top-selling celebrities. With traditional advertising failing to deliver, retailers must adapt to the new reality of marketing and will increasingly find themselves using social media for ‘authentic’ endorsements of their commodities.