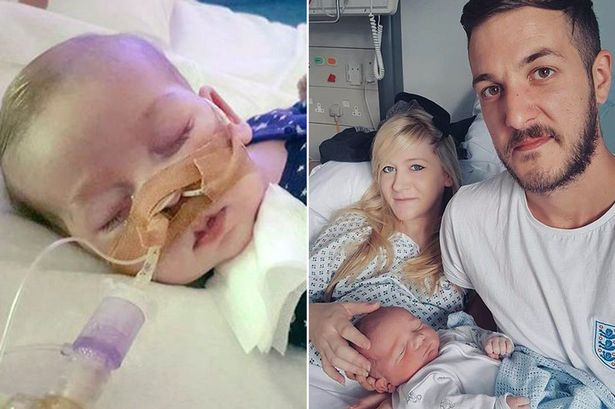 Ten-month-old Charlie Gard was sentenced to die by the European Court of Human Rights (EHCR), Tuesday, who ruled against potentially life-saving treatment for him.

The ECHR ordered that Gard’s life support be shut off and blocked him from travel to the U.S. for experimental treatment for which Gard’s parents raised over $1.7 million. Doctors diagnosed the infant boy with a rare mitochondrial disease, according to a report from Daily Mail. The court labeled the Gard’s appeal case “inadmissible” and upheld the previous decision of the U.K. High Court, saying their decision in Gard’s case was “final.”

“Subjecting him to nucleoside therapy is unknown territory — it has never even been tested on mouse models — but it may, or may not, subject the patient to pain, possibly even to mutations,” wrote Justice Francis in the High Court’s judgement. “But if Charlie’s damaged brain function cannot be improved, as all seem to agree, then how can he be any better off than he is now, which is in a condition that his parents believe should not be sustained?”

Francis then concluded that the hospital “may lawfully withdraw all treatment, save for palliative care, to permit Charlie to die with dignity.”

Gard was born with encephalomyopathic mitochondrial DNA depletion syndrome (MDDS), which causes gradual muscle weakening and brain damage. Doctors at Ormond counseled Gard’s parents, Chris Gard and Connie Yates, to remove Gard’s ventilator in March and said it would be best for Gard to “die with dignity.” Gard’s parents refused on the grounds that they wanted to take Gard to the U.S. for a treatment known as nucleoside, which a doctor from the U.S. said he would be willing to perform.

Pursuant to U.K. law, the hospital appealed to the U.K. High Court, who ruled in favor of the the hospital and blocked travel to the U.S. for Gard and his parents. An appeals court and the London Supreme Court struck down appeals from Gard’s parents, who then turned to the ECHR, but the court did not intervene on their behalf.

Dr. Brian Callister of Nevada, who has spoken out against assisted suicide and euthanasia, said the court’s decision was contemptible.

“To withdraw life support against somebody’s will when they have hope of a treatment that either could extend their life or, who knows how long it could extend it, who knows what kind of quality of life may or may not be available — to take away that hope and say ‘you’re life is worth nothing’ I think is wrong on every level,” Callister told The Daily Caller News Foundation. “It’s wrong on a human level. It’s wrong on any basic level of medical ethics, and there are medical ethicists out there in Europe and the United States who think that’s just fine. I think they’ve got a screw loose.”

The courts cited reports from expert counsel, which said that Gard was likely in pain and was suffering. However, Callister said that while it was possible that Gard was in pain, pain and suffering are subjective terms and typically are not the reasons that people legally end their lives, according to data from the state of Oregon.

“Pain is not even in the top five — doesn’t even make the top five of reasons listed in Oregon of people that commit assisted suicide,” Callister said. “It doesn’t make the top five. Burden to family, loss of autonomy —those are the top reasons people kill themselves legally.”

Callister was careful to differentiate between euthanasia and ending life support, which he said were two different matters. While euthanasia constitutes actively killing a person, ending the artificial prolonging of life via machines when a patient no longer wants to live via machine is simply “letting nature take its course” and is not morally reprehensible in Callister’s eyes. In Gard’s case, however, Callister said it was wrong of the court to deny his family the opportunity to seek treatment, whether or not it would have prolonged or saved Gard’s life, and the ruling could have “indirectly contributed to his death.”

Given the ECHR’s geographical range of jurisdiction, Callister also said he was suspicious of their stance on human rights, citing euthanasia practices in Belgium and the Netherlands.

“Keep in mind those are places where it’s legal to euthanize people now,” Callister said. “So, I’m going to be real suspect of any group that talks about human rights in places where euthanasia is legal, and I’m not talking about assisted suicide. I’m talking about actively killing people — often involuntarily or without their knowledge.”

The ECHR has made questionable calls concerning human rights in the past, such as when the court pressured Ireland to legalize abortion, saying that Ireland’s ban on abortion violated human rights and put mothers at risk of harm and death. Ireland, however, had one of the lowest maternal mortality rates in Europe at the time and still does.

Gard’s parents were heartbroken over the ECHR’s decision, and though they cannot use the money they raised to save their son, they said they will donate the money for treatment of other children suffering from the same mitochondrial disease. Gard will be taken off life support Friday.

“I look at this postmodern world, when it comes to medical ethics, as a world in decay,” Callister said.

Do Christian Bakers Own Their Bodies Too?