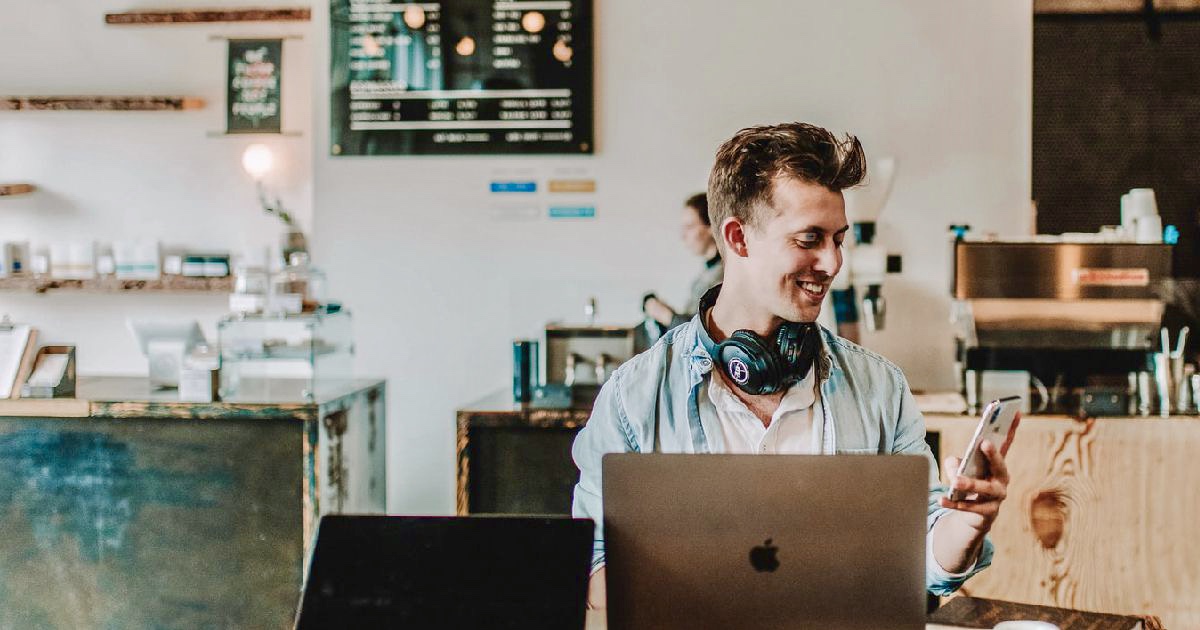 Automation gets a bad wrap. Apparently, it’s coming for all of our jobs and the only antidote is government intervention and collectivism – so inequality doesn’t worsen. But why is this any different from the industrial revolution – the single biggest propelling of productivity that kicked off a perpetually growing living standard across the world?

Automation is just another way we can become more productive, and productivity is essentially synonymous with economic growth. But sure, we can explore exactly where automation is happening to get a better idea of its impacts.

One area which is significantly affected by automation is bureaucracy. Bureaucracy doesn’t care about entrepreneurship or productivity, it stands mostly as great friction. Billions of dollars each year go on paperwork, red tape, and overly convoluted bureaucracy. In the eyes of an economist, bureaucracy is mostly an inefficient allocation of resources that creates a net welfare loss.

Accounting and law are two industries that suffer greatly from bureaucracy, arcane language, and convoluted administrative processes. It could be argued that the benefits of them being this way are the state. Of course, the tax collection in any country has the sole purpose of maximizing the amount of tax revenue – or in other words, making it difficult for taxpayers to understand the laws and rules so they cannot use them to their advantage.

So, we turn to expensive accountants who are trained in the process. This isn’t the end of the world, but it’s hardly as democratic and efficient as it could be – it’s somewhat a waste of resources for many of those who are self-employed that do have the time to file their own taxes, but simply find it too inaccessible.

Of course, the law operates in exactly the same way. Why would congress make simple laws with simple language that we can all understand? A mismatch of information between the public and state only seems to be useful for the state, or at least, the wealthy citizens who can afford an experienced lawyer. It’s the justice system that is the backbone behind tax collection, as many disputes end up in the courtroom. Again, seemingly convenient to maximize tax revenue.

Whether or not this is by design or accident isn’t the point. It is what it is… or at least, was. The internet has been most useful in democratizing information, allowing us to cut out journalists and the media and go straight to the source (i.e. the public filming events as they unfold). It seems that the internet is also on its way to cutting out the bureaucratic, inefficient nightmare of relying on lawyers and accountants too.

Accounting and law: A digital revolution

Over the past two years, we have seen the internet affect these two industries in a positive way for the public. Information is key, and that is exactly what we can get. Be it through educational videos online, forums, or software that helps decipher laws and offer helpful advice.

Of course, paying experts for their advice and services is never going to be topped – unless you want to spend 4 years in college studying the subject. But even the way these services are delivered is completely different. Online accounting, for example, has an increasing amount of competition fighting to offer software as a service.

The software is a means for taxpayers to keep track of their own expenses, revenue, and what they owe. Initially, there was no race to the bottom in pricing. The competition was fighting for the most accessible, easiest-to-use service. Easy input fields with simple financial terminology and automated reporting and functions, taxpayers are less likely to succumb to mind-numbing paperwork that they cannot decipher or accountants that charge an extortionate hourly rate.

Given the gross profit margins of selling software is incredibly high, because there are only maintenance costs involved, not the initial sunk costs, means that pricing has become increasingly a point of competition too. So much so that there are plenty of freemium companies offering a free service, where only the advanced features are paid for. If this was too much, there are even effective Google Sheets templates that are great at error handling and preventing users from making mistakes.

Law is the same, as we will explore below, and it’s making accountants and lawyers less in demand than ever before. They’re surviving just fine right now, perhaps because of the increasing numbers of people deciding to go self-employed or explore side hustles, but we can see a future where they’re becoming increasingly obsolete.

A better example than accounting may just be online will-making. This is because the law is even more inaccessible and difficult to understand than accounting, and with arguably higher stakes. Creating a document that decides where your entire estate goes seems like something that has to be done in the office of an experienced lawyer.

What we’re seeing though is the contrary – masses of people are signing up to online tech companies, paying $30 to create a will in 15 minutes, and putting their estate in the hands of silicon valley start-ups.

Now, we can get to the risk surrounding this, but it’s important to clear up apprehension regarding credibility. If we take Nolo will making software (Quicken) as an example, we can see endless positive reviews and stories of it successfully facilitating the transfer of possessions. The reason for the success is that it’s actually incredibly easy after all to make a will credible, as long as the document is created carefully.

But this is the power of companies like Nolo, they have taken great care to create these will documents, using expert lawyers to help, and have simply standardized them as a blueprint. So, 95% of the document is already made – copy and pasted, cutting out ongoing costs. Come to think of it, this is perhaps what lawyers do for most will creations anyway…

The difference is that companies like Nolo have created a process in which the user answers a set of questions, questions that are explained in layman’s terms, and the answers are then automatically placed in the document, making up the final 5% of the document. This is the bit that is personalized to you, with your own answers and wishes but is automatically producing the final credible will. It’s as easy as filling out a Buzzfeed questionnaire.

Nolo charges $59.99 for the last will and testament document. This includes everything, from the software to the final piece of paper. On the other hand, a traditional will made with a lawyer will set you back $300 to $500+, depending on how complicated your situation is.

This is far from the cheapest on the market too, and it’s estimated to take around 15 minutes to create an online will. It can be done from a mobile on the other side of the world, in minutes, for the price of a sports PPV night.

Now, whilst avoiding bureaucracy and the price of expensive consultation is unequivocally a positive thing, the limitations should be discussed, as well as why lawyers and accountants may not disappear anytime soon.

Accounting software is incredibly user-friendly and offers great value, but it’s for those with relatively basic needs. Why? Because software cannot understand nuance, and automation only understands instructions – what has already happened or been programmed to happen. The same goes with will-making software.

Only, some of us have very unique situations, like a violent child who claims to be entitled to your house when you pass, or a business partner you have financial disagreements with. No spreadsheet or Q&A software can take care of this.

The positive is, most people are in common situations – hence ‘most people’. The average can quickly be understood by these tech companies, and so our basic needs can be met. So, will creation and accounting software will probably serve people well and offer better value than their traditional counterparts.

For those with unique situations, it is often worth paying more money for personnel and experience. But it is often the people with complicated situations who have more money, bigger businesses, and extensive estates – so it’s somewhat less impactful. We should always be careful to monitor technology and stay on top of its progression, but with the vast access to user reviews and experiences, assessing the cumulative ratings and consensus of these services couldn’t be easier.

Tips to Save Money While Shopping and Applying Coupons Codes