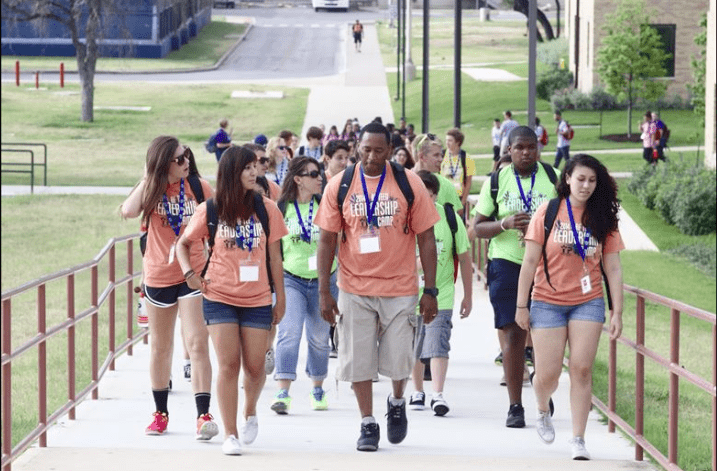 I spent the past week at a camp teaching teens about the legislative process. Among other things, the teens learned about American history, government, and worldview, while also role-playing as senators, representatives, and media. The week ended with a final debate on the house floor of the Minnesota Capitol. Here are five interesting things I noticed throughout the week.

1. Students need to learn more than just the legislative process. Knowing how a bill becomes law is important. But it is even more important to equip young people to carefully evaluate and engage the culture. Watching students grapple with questions such as, “What defines personhood?” or “What makes something a right as opposed to a privilege?” and “What does legislation accomplish and what are its limitations?” really pushed me to realize that simply learning the legislative process is not enough. In order to really engage with the workings of government, students need to be able to identify the underlying questions and assumptions that drive policy change.

2. It is possible to survive without a phone. Students were expected to follow a simple rule: If you’re in a teaching session, breakout session, or meeting with your caucus group, we don’t want to see your phone.

Did this rule have to be enforced a few times? Yes, but a warning was typically sufficient, and as the week progressed, I saw fewer phones, even during times when phones were allowed. Early in the week, one student confided to me that she had a hard time interacting with people if she was unable to look at her phone during conversation lulls. By the end of the week, she mentioned that she had left her phone in her dorm room because she “didn’t really need it that much.”

3. Many students are interested in college alternatives. When I graduated high school, the idea of a gap year was just starting to gain traction. Going to a four-year college represented a foregone conclusion for myself and many of my peers. I had a handful of friends who opted for two-year programs, took a year off, or jumped straight into the workforce, but this was the exception rather than the rule.

Not so with the teens I hung out with last week. Students planning to go straight from high school to a four-year college made up a minority of the students. “I’m taking a gap year” was the most common response to the “What are your plans?” question. Others were planning on two-years of college, had pursued early college options such as Post-Secondary Education Option (PSEO), or were interested in pursuing opportunities in the trades. I left quite impressed with the foresight of these students. Indeed, I have yet to meet someone who regrets taking a gap year, but can quickly compile a list of peers who regret jumping straight into college without weighing the rest of their options.

4. Students want mentors. Students were jumping at opportunities to get contact info from speakers and volunteers and were quite eager to spend extra time getting to know and bounce ideas off staffers. My guess is that many of them felt like I had at their age:  I want to find a mentor, but so many adults are tired of “kids these days.”

As a teenager I assumed that most adults were uninterested in investing in teenagers. Looking back, I realize that wasn’t the case, but many teens still don’t know this. Perhaps it’s time we create a better environment encouraging teens to seek out the guidance they need to become the leaders of the next generation.

5. Teens are capable of rising to a challenge. And they really want to. Several students responded with deer-in-the-headlights expressions on Monday morning when they learned that no part of the program was optional, not even the committee meeting or the final debate. By the end of the week, many of those same students were the ones who had enjoyed the week the most. “I’m so glad my parents made me come,” one of them commented to me. It seems that students tend to perform based on the expectations of those around them, and when the bar is set high, they will generally rise to the occasion.

Generation Z has plenty of unique challenges on their hands, but many of them are capable of a lot more than they themselves – or the adults around them – realize. Instead of criticizing “kids these days,” perhaps it’s time to equip and encourage more of them to step up to the plate.

This post I Spent a Week Teaching High School Kids How Government Works. Here’s What I Discovered. was originally published on Intellectual Takeout by Patience Griswold.

SOURCES: Trump May Deport An Assassin Who Lives In The United States