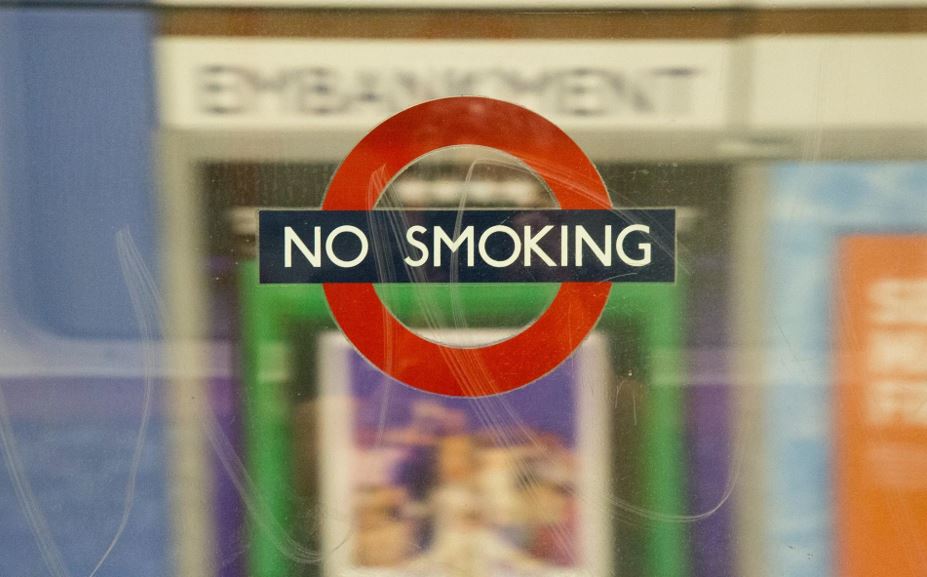 We already know that smoking cigarettes is a dangerous and destructive habit. Aside from causing a myriad of health complications from cancer to heart disease and beyond, smoking can damage clothes, personal property, vehicles, and more. At the end of the day, smoking really does nothing more than destroy your body and everything around it; so why do so many people still smoke? Why is it so hard to quit?

Smoking is an addictive habit. Smokers become addicted to the nicotine in cigarettes, and the more they smoke, the more addicted they become. Even after just one or two cigarettes, your body can start to crave that rush that comes from lighting up.

Once it becomes a well-engrained habit, it’s very difficult to quit altogether. You get used to the ritual of smoking, the taste, smell, and hanging around other smokers. What’s a smoker to do? Here’s the ultimate guide to kicking your smoking habit for good.

We can plaster cancer and disease warnings on cigarette packaging all day long; it’s not going to convince anyone to stop smoking. In fact, all tobacco products come with a surgeon general’s warning on them, but millions of people still smoke, despite the known risks.

The problem is that these warnings fall into the background when a smoker picks up the habit. Nicotine addiction is a powerful enemy, and when you’re addicted to something like cigarettes, your brain will come up with just about any excuse to get the fix it needs.

The solution? You have to attack the addiction at the source and break the dependency on nicotine itself. Warnings, ad campaigns, and cancer awareness simply aren’t enough to break a chemical addiction.

A method that works for a lot of people is the “less each day” method. This is usually a cold-turkey scenario, where the smoker doesn’t use things like tobacco alternatives or nicotine patches to supplement their quitting strategy. Simply put, you smoke 1-2 fewer cigarettes each day for a week. Then, you move to 3-4, and so on, until the habit is broken altogether.

Many smokers have found success with this method, but it’s not for everyone. A tip that often helps is including a friend or family member for support. If you’re quitting together, each of your will power will be that much stronger and you can support each other during the difficult process.

Smokers often find it difficult to ditch the ritual of smoking, which is part of the overall habit. Lighting up, stepping outside, taking a drag…these are all engrained into the habit and can be hard to ditch alongside the nicotine addiction. The solution? Find an alternative. Some people vape CBD oil or other products instead of nicotine. CBD is actually being researched as a possible addiction treatment, and some swear by it for quitting cigarettes.

You can also do things like chew on mints or gum, as many do. There are tobaccoless alternatives available as well to take the place of cigarettes in your daily routine.

Luckily for us, smoking doesn’t have to be a solitary journey. With countless apps, internet support groups, and social media pages, you can take the cessation journey with a bit more confidence knowing that thousands are following in your footsteps. Facebook is a great place to start, and both the Google Play and Apple Store have hundreds of cessation apps to help you on your journey.

ll allow you to track your progress, milestones, and connect with other smokers trying to quit. The tips, tricks, and sense of community you’ll build by using theses useful tools can make the journey that much easier and increase your chances of success.

Tracking progress is a crucial part of cessation. If you don’t know how far you’ve come, it’s difficult to understand how well you’ve actually done. Whether you’re on day 14 or 244, you’re doing a great job! Keep it up!

What’s the best way to fall back into that bad habit again? Hanging around smokers, of course! The smell, the ritual, and the social pressure will more than likely cause you to relapse. Besides, you want to surround yourself with supportive people during this time of growth, not those who are still stuck in the habit you’re trying to ditch.

That’s not to say smokers are bad people, but it’s much more difficult to stop when you surround yourself with other smokers. It’s time to move on to bigger and better things! Your journey may even inspire some of your old smoker friends to ditch the habit themselves.

Even if you find yourself relapsing, don’t give up. You can make it. Thousands of people ditch smoking every day and thousands more die from never giving up the habit on a daily basis. Keep at it, keep your support strong, and don’t beat yourself up if you make a mistake. You’re only human!

How to Hire a Lawyer: 5 Tips for Finding the Best Legal Help