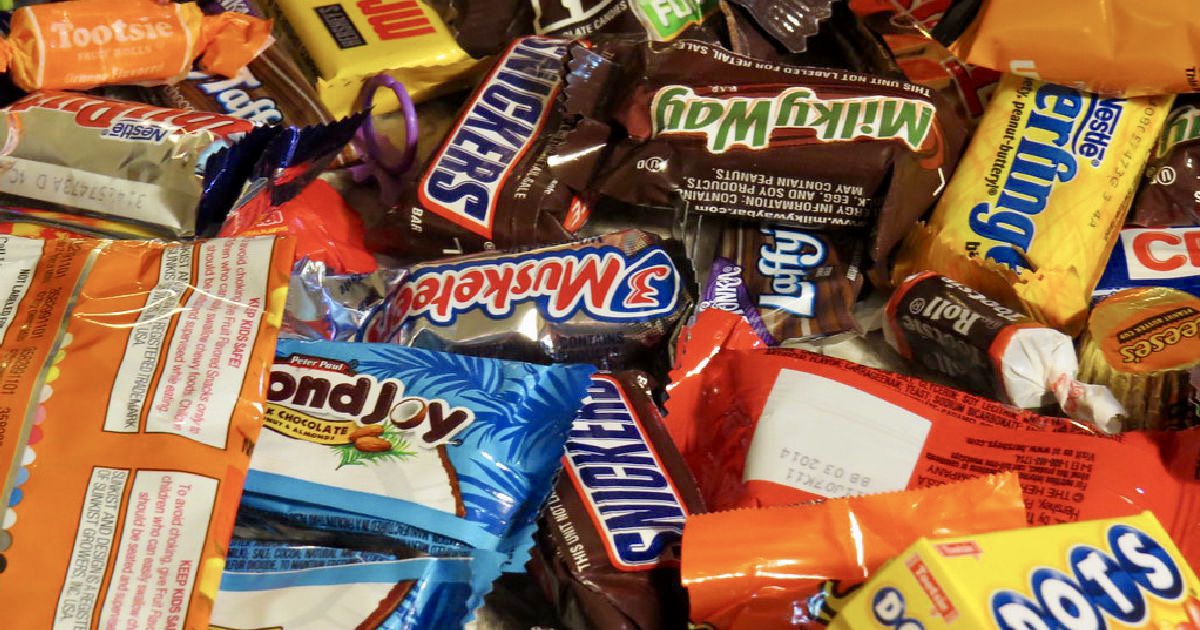 Last year, we spent a lovely evening with friends enjoying a dinner of baked potatoes with homemade chili garnished with bits d’bacon and locally-sourced shredded cheddar–the nearest Target isn’t that far, after all–and served with a sour cream reduction. Even the kids, who had gathered in the downstairs playroom to trade Halloween candy, liked it.

And trade they did. I listened in occasionally and it sounded like the commodities exchange scene from Trading Places. At one point, I heard a price that almost made me drive to the grocery store to buy candy so I could get in on the action.

The kids were creating wealth even though they weren’t making any new candy. How? They were getting candy they preferred for candy they didn’t like as much.

My daughter, for example, mentioned that she doesn’t actually like candy with caramel in it (I was surprised to learn this). This means Snickers, Twix, Milky Ways, and a whole host of other delicious candies are out.Today In: Industry

If trade isn’t an option, she’s simply stuck with a lot of candy she doesn’t want to eat. With access to a market consisting in this case of her brothers and friends, she is able to swap the caramel-containing candies she doesn’t want for non-caramel-containing candies she does. She is better off. Her trading partners are better off. There’s an important lesson here: by getting candy into the hands of those who value it most highly, the kids are creating wealth.

When the market grows, they have more opportunities to improve their wellbeing. After trick-or-treating on Halloween, my kids sat down and began trading amongst themselves. It’s a fairly limited market, though, because they trick-or-treated together and brought in roughly similar candy hauls. Their friends, however, trick-or-treated in a different neighborhood and had slightly different assortments of candy. Furthermore, they came to the trading room with different preferences–and this meant my daughter had more opportunities to unload excess caramel-containing candy for stuff she liked better.

If we made the market even bigger–and I suspect that there is a thriving candy exchange at school–it’s possible she might even start trying to get Snickers bars and other candies with caramel in them. Why? It’s not that many kids who dislike caramel, and I’m pretty sure someone with a bag full of Snickers and Twix can find ready buyers willing to pay handsome prices in Laffy Taffy and Nerds. Hence we might see an enterprising trader who doesn’t like Snickers bars buying them in one market intending to sell them at a premium in another.

The post-Halloween candy market is a commercial society of traders buying low and selling high, and it’s a microcosm of what happens when market exchange works well. Now if you will excuse me, I’m going to go see if my kids have any Snickers bars to sell.

Art Carden is a Senior Fellow at the American Institute for Economic Research. He is also an Associate Professor of Economics at Samford University in Birmingham, Alabama.

Elizabeth Warren Pledges To Crack Down On School Choice, Despite Sending Her Own Son To Elite Private School