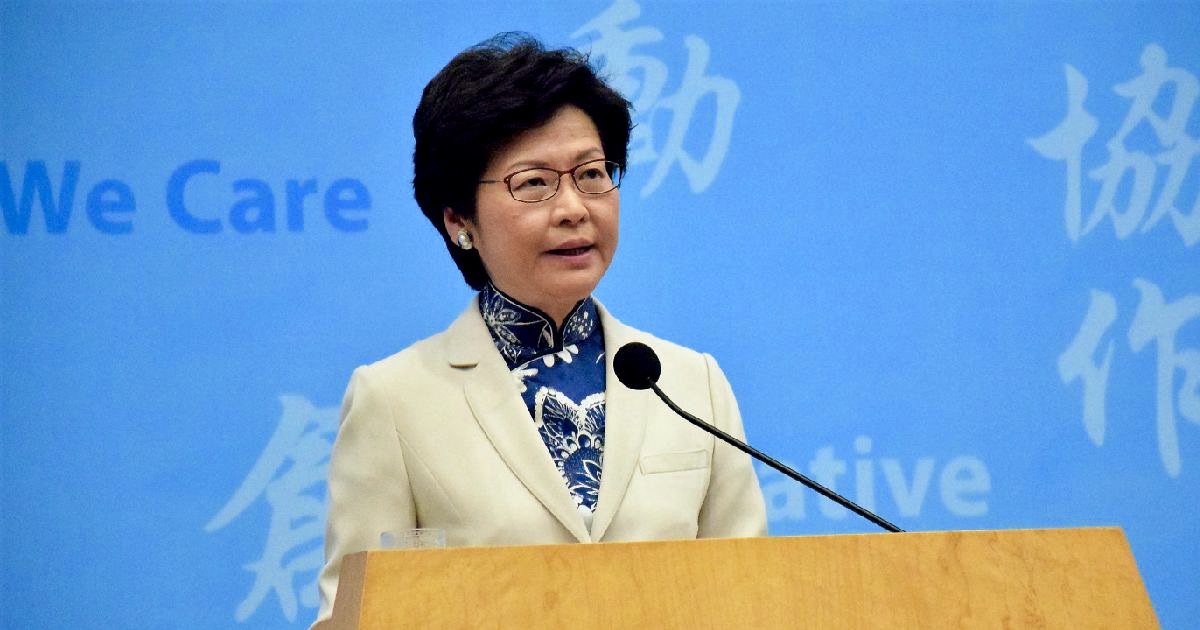 Hong Kong Chief Executive Carrie Lam withdrew the implementation of an extradition bill that ignited a summer of peaceful and violent protests throughout the region.

The bill would have allowed Hong Kong criminal suspects to be extradited and tried in mainland China, which many Hongkongers interpreted as an intrusionon the region’s independent government system.

“The government will formally withdraw the bill in order to fully allay public concerns,” Lam announced in a pre-recorded video released Wednesday.

“The government will formally withdraw the bill in order to fully allay public concerns.”

She also said a police watchdog group, the Independent Police Complaints Council, is investigating police misconduct during protests and added that those who were detained without charges during demonstrations will not be released, The Associated Press reported.

Lam’s comments came in response to Hong Kong protesters’ five demands to withdraw the extradition bill, require Lam to step down, investigate reports of police brutality, release those who were detained without charges and grant Hongkongers more democratic rights.

The chief executive said she “will reach out to the community to start a direct dialogue,” adding, “People from all walks of life with different stances and backgrounds are invited to share their views and air their grievances. We must find ways to address the discontent in society and look for solutions.”

“I will invite community leaders — professionals and academics — to independently examine and review society’s deep-seated problems and to advise the government on finding solutions,” she concluded.

Protests escalated in July and August when reports of police brutality and civilian retaliation raised concern over potential Chinese military intervention. Demonstrators used the phrase “an eye for an eye” on signs and graffiti after police reportedly shot a woman in the eye, the South China Morning Post reported.

Protesters flooded Hong Kong’s international airport on the weekend of Aug. 12 to protest reports of police brutality, causing hundreds of flights to be canceled over the course of two days.

It is unclear whether protesters will cease demonstrations until all five demands are met.