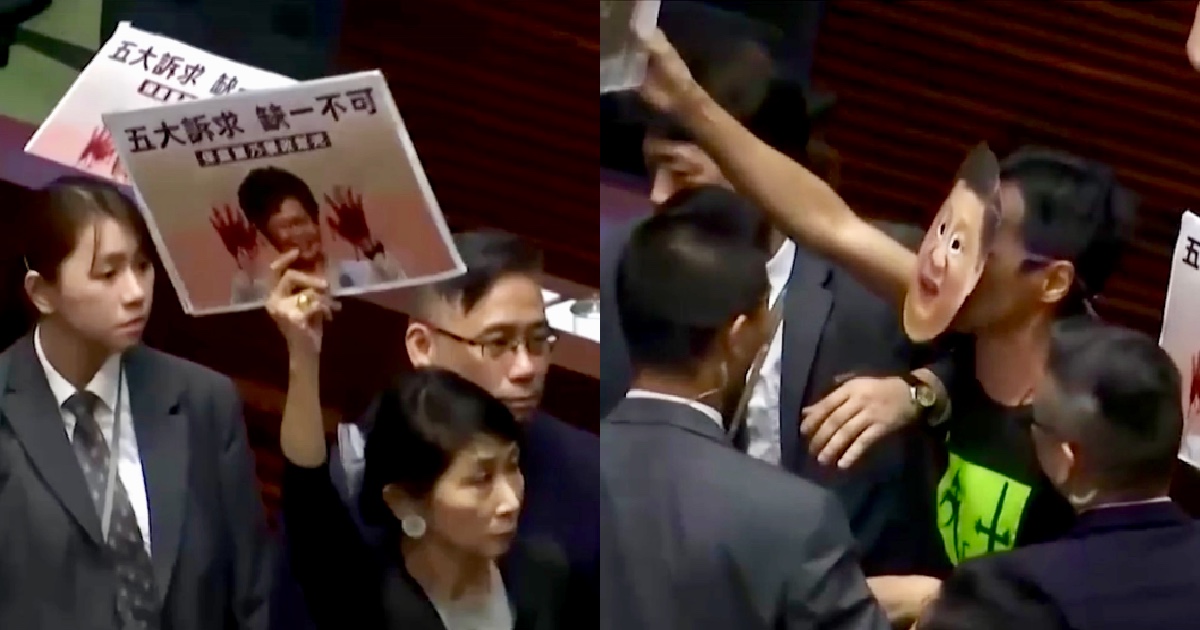 Hong Kong leader Carrie Lam was forced to abandon a speech Wednesday that was interrupted by chaos from an attack against a protest organizer and shouting from lawmakers, the Associated Press reported.

About five assailants attacked Hong Kong protest leader Jimmy Sham with hammers while he was on his way to a meeting, according to AP citing a Facebook post by Sham’s Civil Human Rights Front, such suggested the attack was linked “to a spreading [of] political terror in order to threaten and inhibit the legitimate exercise of natural and legal rights.”

Additionally, pro-democracy lawmakers at the Legislative Council of Hong Kong heckled Lam twice before and during her delivery, calling her “the mother of the mafia police” and calling for her to step down, ultimately forcing her to abandon her remarks and walk out of the building, AP reported.

JUST IN: Hong Kong leader Carrie Lam's policy speech has been delayed after pro-democracy lawmakers held a protest in the chamber https://t.co/MOsLVAqOVT pic.twitter.com/RQdL2k0wJ4

The lawmakers also held up doctored photos of Lam with blood on her hands and chanted, “Five demands, no less,” in reference to Hong Kong protesters’ five demands, according to AP.

The region’s summer of peaceful and violent protests was sparked by one of those five demands: a since-withdrawn extradition bill that would have sent Hong Kong residents convicted of crimes to mainland China for trial.

The other four include Chief Executive Carrie Lam’s resignation, an inquiry into police brutality, the release of those who have been arrested and more democratic freedoms, according to CNN.

Lam resorted to delivering her speech via video over an hour later in which she describes the situation in Hong Kong as a “major crisis,” calling on the region’s population of 7.5 million citizens to “cherish the city,” and warning that “continued violence and spread of hatred will erode the core values of Hong Kong,” as AP reported.

“Hong Kong is still a very free society,” she said in the video, according to AP.

Kamala Harris Says Why She Brought Up Abortion At Debate