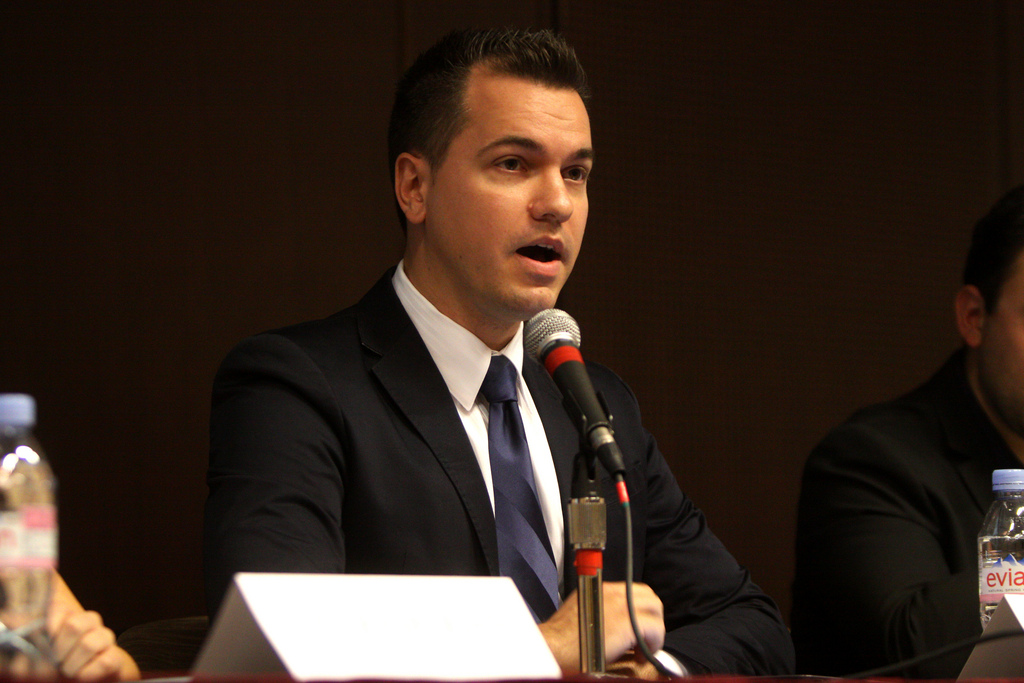 Face Fact, Libertarians: Austin Petersen is the Only Hope For a Mainstream Third Party

There can be no great changes made to any system, for better or worse, without a general consensus first. People must agree that there is a problem in dire need of solving and that the proposed solution would result in a desirable alternative. One common complaint among Americans is that the two-party system is a massive failure. Most people don’t subscribe to it, most people who do are unhappy with the party establishment, and therefore, the general consensus is that the addition of just one more party would do a world of good to fix a badly damaged political system. It’s arguable that most people would even take a third party that doesn’t entirely represent their views just to offset the perpetual gridlock in Washington D.C. If you want that third-party representation, Austin Petersen of the Libertarian Party is the only hope of getting it.

A common claim from Petersen’s opposition is that his supporters are all LINOs and Statists. Even if that were true, would it not mean he has the most crossover appeal? A president should be relatable to his supporters. Some who support him are disenfranchised Republicans. Some will no doubt be Democrats who will vote for a third party should Hillary Clinton get the nomination. The majority are libertarian and independent, and even some anarcho-capitalists like Tony Stiles have rallied behind him. It is with this broad-base appeal that he can win not only the nomination of the Libertarian Party, but the 15% of the vote needed to participate on the main debate stage.

Unlike the other candidates, Austin is willing and able to build coalitions not just with voters but with party leaders, media personalities and public figures. Austin has contacts at Fox News, The Blaze, and National Review, all outlets whose hosts oppose Donald Trump and reach large Republican audiences. Austin’s pro-life views and capitalistic economic views are attractive to the right, and when presented by Glenn Beck or John Stossel, will sway bastions of support to his campaign.

Austin’s defense of civil liberties and belief in self-ownership will surely attract liberals who are disgusted and annoyed with not only Hillary Clinton, but with the entirety of the regressive left. These people feel civil rights and liberties are no longer core tenants of the Democratic Party and are willing to align themselves with third parties in order to stave off the growth off authoritarianism in American politics.

However, it is beginning to seem like those who oppose Austin are not comprised of either conservatives or liberals, but rather religious libertarians and cult followers of opposing campaigns.

Because of the actions of religious libertarians, Austin Petersen was disinvited from attending an event hosted by the Libertarian Party of Colorado. The statement regarding Petersen was as follows:

Candidate for the Libertarian Party Presidential nomination Austin Wade Petersen has openly repudiated the non-aggression principle as stated specifically within the Statement of Principles and declared this principle to be “non-libertarian” and intellectually bankrupt using various insults and thus has clearly illustrated that he is philosophically opposed to essential first-principles of the Libertarian Party which the Colorado governing documents hold in primacy as the minimal bar by which everything is measured.

This is a common criticism of the religious libertarians toward Petersen. Because Austin does not believe the NAP (or Non-Aggression Principle) is an objectively moral standard, Austin should be expelled from the movement and written off as a LINO — his ideas and achievements both disregarded for daring to interpret the tenants of libertarianism differently.

Austin’s trolls should watch his appearance on the Jason Stapleon Program, where they’d notice he makes a compelling case for his beliefs:

This should be how even the most ardent voluntaryists (like myself) and anarcho-capitalists should interpret the NAP. We should strive to respect, to the best of our abilities, the subjective perceptions of aggressions held by as many people as we can, while not allowing those with unrealistic expectations to dictate how we may live. Austin’s interpretation of the NAP is completely libertarian if people actually tried to understand it.

Unfortunately, the religious libertarians have tried their hardest to hide and censor Austin from defending his position, unfairly barring him from events such as the one hosted by LPCO. These are not the only tactics used by such religious libertarians, however. The other criticisms of Austin claim he is “rude” or “arrogant.” Usually unsubstantiated, those who make these arguments are overwhelmingly trolls Austin put into place after they failed to attack his page.

In conclusion, there exists no other Libertarian candidate with the following and the charisma to accomplish a successful third-party presidential run besides Austin Petersen. None of the other candidates besides perhaps Gary Johnson have Petersen’s media contacts, and all lack his ability to form coalitions with other parties. Should it come down to Johnson vs. Petersen for the nomination, the Libertarian Party should nominate the latter. Johnson had his chance. Austin needs only 15% of the vote to appear on the main debate stage with what’s shaping up to be Hillary Clinton and Donald Trump. If he can pull this off, he’s got more than a fair shot at winning the election. However, we need to make sure the religious fanatics and NAPzis either support Petersen or get out of his way.

Note to Bernie and Hillary: Higher Taxes are Not the Answer