Trump’s move to pull the country out of a nearly 200-nation climate pact seeking to reduce the world’s temperature could put the deal in limbo, but it remains to be seen how much the president’s move will affect greenhouse gas levels.

Germany, France, and seemingly every other nation connected to the agreement have been pushing for more renewable energy and less coal usage. European countries have pressured the U.S. to give up coal and move toward solar and wind power, among other alternative sources.

Yet China and India, among other developing nations involved in the Paris deal, have quietly ratcheted up their coal production while accepting subsidies from developed countries to become greener.

China’s coal power generation hit a record 396.1 billion kilowatt hours (kWh) in March, which is 8 percent above coal generation the previous year. That month’s level of coal production came after the country generated a record-breaking 385.6 billion kWh in December 2016, according to recent reports from energy group Platts.

The communist country entered a joint pact earlier this year with Pakistan that is expected to spend around $15 billion over the next 15 years to build close to a dozen coal power plants across the country. China promised to “peak” emissions, not reduce them, by 2030, while the U.S. pledged to cut emissions 26 to 28 percent below 2005 levels by 2025.

Obama made promises made despite greenhouse gas emissions falling dramatically over the past 10 years.

Between 2005 and 2012, emissions fell 11 percent, the majority of which tumbled shortly after the financial collapse, according to the latest reports from the United Nations Framework Convention On Climate Change.

China, meanwhile, promised to “peak” carbon emissions by 2030, yet its government plans to increase its coal capacity up to 20 percent. Climate scientists consider coal production to be the primary contributor to global warming. China is the world’s largest emitter of carbon emissions.

There is no indication that China or India has any intention of reducing these levels, even as environmentalists and academics continue to claim the country is on the right track. Both countries must dramatically increase. India is the third largest carbon emitter on Earth.

All indications show that China will not slow down coal use even if Trump stays in Paris, Derek Scissors, a resident scholar at the American Enterprise Institute, told The Daily Caller News Foundation.

Economic growth in China has slowed in recent years to less than 7 percent in 2015, yet the country still uses massive amounts of coal and plans to expand its use of coal in the future, Scissors said.

China closed coal mines and canceled power plant projects in recent years to cut excess capacity in electricity markets, which is a slower economic growth, not concern over the climate. 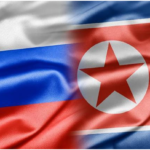 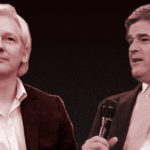