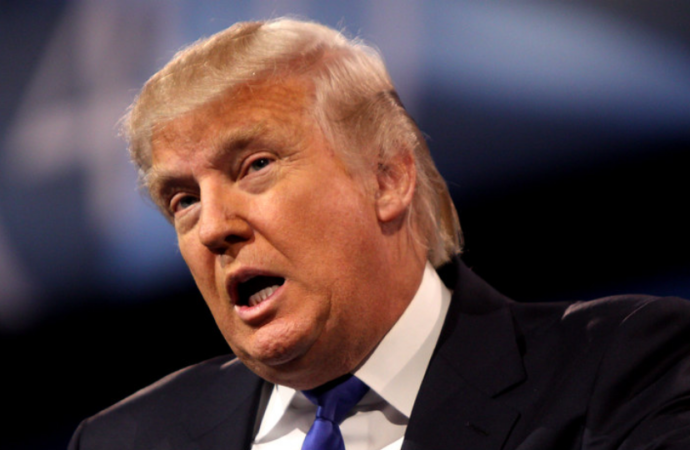 No matter where you are in the world, the topic of Donald Trump and his impulsive phrases and decision are a divisive topic. It must be said that the prediction by those fearing that the U.S President was going to have the same fiery approach and eventually bring the whole country down with his has turned out to be largely untrue. But not necessarily because Trump has changed since his original campaign, but mostly because there are complex mechanisms at work in the white house that won’t allow for complete chaos, and for one person to be fully in charge of everything. Trump has made many drastic changes to the U.S economy but has any of it actually paid off?

According to the president himself, the U.S economy is currently on historic high and is stronger than it has ever been. And of course, there are many who continue to challenge Trump’s claim and amidst the influx of different opinions and contradictory facts it has become difficult to trust anyone outlet. Trump’s entire political campaign and his actions as an already chosen president, has always been focused on the pro=growth attitude that prioritized this trend over many more, arguably more important topics. The main issue that most democrats have with Trump is that even though he is focused on growth, his policies often offer the gains for the price that most democrats and their supporters aren’t willing to pay. So when Trump says that his policies have actually helped the U.S to get its economy to where it was at an all-time high, he is definitely not lying. Although the methods used to get there can be quite controversial and often the main reason why the benefits of economic growth often get swept under the rug in the name of the sacrifices made for the said growth.

To claim that the U.S economy is the strongest it has ever been is a simple exaggeration that the historic data will dispute in no time, but it has definitely been doing well.

America does not like to admit it but its never-ending feud with China has affected the currency market. Just recently the president has set out to make some changes that would make up for the damages caused by the trade war and wants to help cryptocurrency bounce back to its better days. Even though the damages have not been all that harsh and China definitely has it much worse, the forex trading has definitely been more unpredictable for the U.S citizens and for those who trade in USD. This is why most trusted brokers in the USA have managed to keep the equilibrium as much as possible, but it’s difficult to remain unfazed when the entire world is feeling the effects of the trade war on their currencies and their economic lives as well. Trump is now trying to improve the situation by introducing new regulations. The new rule will allow Washington to levy tariffs on countries that are undervaluing the U.S currency, We don’t know much about what criteria the white house will use to determine whether some countries qualify as underminers but this new rule has already raised some question about whether it will actually do some good or damage the currency further.

The stock market has actually been doing exceptionally well, meaning that Dow Jones Industrial Average has never been this high before. Coronavirus outbreak has changed the set up a bit but this doesn’t take away from the fact that the President has improved the stock market situation by a lot. Trump has been consistently voicing his concern with the taxes for corporations and has not only cut down on the taxes but also implemented a much more U.S based approach to the stock market which has definitely paid off. This is one of those few cases where the success of his policies can’t be argued against, and while for many this move is interpreted as Trump ensuring that the big and powerful companies keep growing and increasing their income, something that might not necessarily be the priority for the majority of the U.S population but the fact is that the stock market has greatly benefited from it and has allowed for more stability. But the complicated relationship with China has also managed to tempt with that even though the U.S does not want to admit that they are affected by their tensions with China.

The epicenter of all these developments and setbacks is tied to the Trade War. The dispute that has affected the entire world and has changed the setup of the world economy. What is worse is that two countries can’t seem to communicate well enough to actually bring an end to this dispute that actually is not benefiting anyone all that much, even though the U.S and specifically Donald Trump would have you believe that it is largely unaffected by it. It is true that the country most affected by it is China, Huawei specifically. The telecommunications giant was forced to completely rethink their business model after the ban from the U.S and has since then tried to stay afloat and offer their services and products to other powerful countries While after the two years the company has managed to live in a new reality it is still an unnecessary one.

The two countries have tried to meet up and find a solution that would please everyone but the problem with having China and the U.S represented in the same room means that both want to be superior and don’t want to seem weak under any circumstances.

The U.S has managed to find alternatives, mostly from the local productions and close partners but as both players are growing tired of endless talks and inconclusive discussions the pressure from the world to end this conflict is growing. Since the U.S, Trump specifically has proven that the can sustain the U.S economy without help from other major countries there might be higher chances of collaborative work since China is also growing tired of the burden of the bans and increased taxes.