Few things bring Americans of all types together quite like sports, and especially football. No matter one’s politics, culture, religion, race, or sexuality, we all seem to come together for sports and Dolly Parton.

However, this year’s halftime accomplished what once seemed impossible. It brought together, in common cause, feminists that saw it as powerful and empowering, and dudes who want to watch booty shaking strip teases. These two groups are locked, arm in arm, united at last.

Shakira and J-Lo were described by many feminists as strong, not just for themselves, but for the example of power they set for fellow women and Latinos, while misogynists opined on how hot and spicy hispanic chicks really are. Many feminists, especially older ones, took notice of the fact that the performers looked amazing at 43 and 50, respectively, earning them the designation by the feminist’s misogynist brethren of “milfs”.

Those watching with small children may have described the performance as “inappropriate sexuality” at what might be described as a “family event”. However, many feminists described it as a sign of “empowerment”, while their new frat boy brethren went even further, calling to see even more skin. Many feminists pointed out the technical skill, needed for the performance, in terms of sheer athleticism, flexibility, mobility, and endurance, while the misogynists nodded, agreeing with every term used. The amount of energy and sweat that went into such a performance likewise was noticed by both groups.

Many feminists and gay men delighted in the attire, from the caberet-style belly-dancing frillies over eye-catching thongs to the jewel-studded skin spandex and mid-song costume changes. The misogynists used their own terms, but showed similar appreciation.

Both groups of newfound allies didn’t seem to notice the obvious lip-synching by the two performers who are, after all, singers. They didn’t seem to notice how hard the performance worked at trying to be epic without substance. Many feminists merely constructed their own substance to find deeper meaning, while the misogynists weren’t really looking for any in the first place.

Opposite the newfound feminist/misogynist coalition was, of course, those who found the entire performance to be not just inappropriate, but who believed it sent the wrong message to impressionable viewers with overt sexual themes. After all, these moralists claimed, this is a family event. A family event filled with violence and concussions and debilitating injuries. An event that takes time, both on the field and in commercials, to recruit young men and teens to join the army to kill people overseas as a literal selling point that paints a nationalistic picture of America and that focuses more on military engagements than our founding principles or modern ethos.

Traditionally, advertisements pushed alcohol and the idea that alcohol held the key to enjoying the game (which, admittedly, was the case for me), and sports riots are far from uncommon. This, of course, was no place for the kind of dancing that might arouse less violent forms of passion than the kinds meant to be glorified.

[RELATED: No One Is Obligated to Find You Sexy] 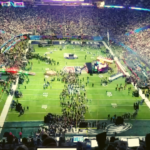 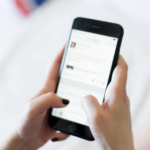 It’s Legal for Politicians To Text You Spam

Why Super Bowl Halftime Performers Get Paid $0 to Play