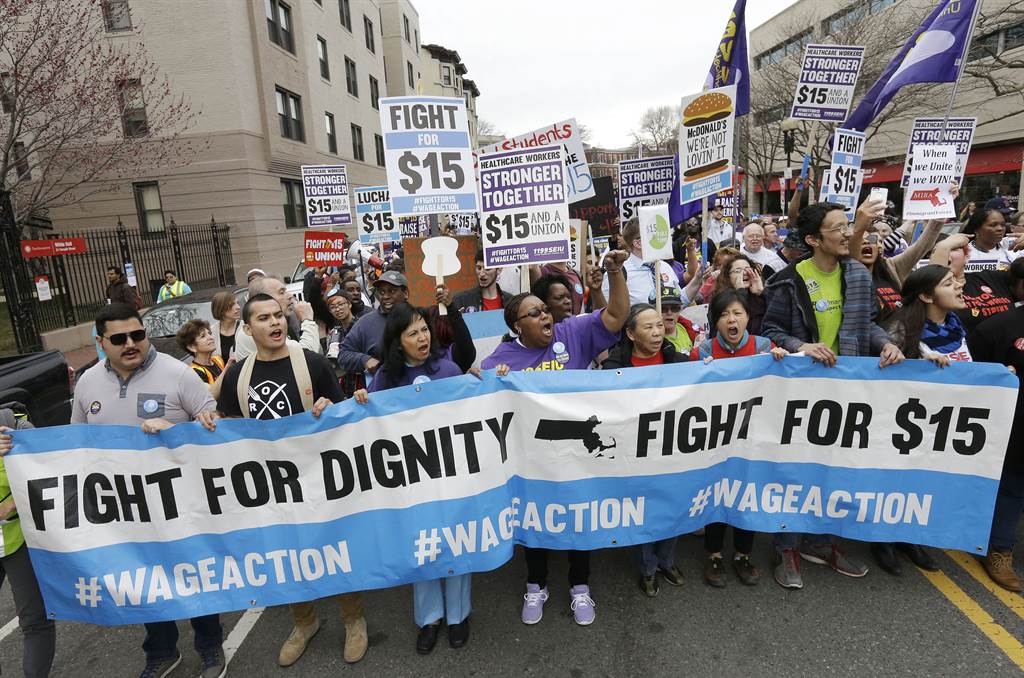 An advocacy group out of Modesto, Calif. pushing for a $15 an hour minimum wage posted a job ad Thursday offering to pay $12 an hour. Below what it is demanding others pay their workers.

“Do you make minimum wage?” the posting asked. “Can you afford your bills and expenses? Do you hope and pray that you won’t ever face a medical or car bill because you don’t have the savings to cover it?”

The compensation is listed in the corner of the post. It noted the pay comes from a union strike fund but doesn’t go into further detail. The movement consist of a national office and many local affiliates and is heavily endorsed and controlled by labor unions. The Service Employees International Union (SEIU) is the main union behind the campaign.

“If you want to talk more about how we can improve your hours AND wages so that you can better afford living in Modesto, please send an E-mail,” the post continued. “Our organization has the resources to bring change to the Central Valley.”

On the national level, Fight for $15 has utilized rallies and media marketing campaigns. The goal is to get the $15 minimum wage passed on both the local and national level. The national office did not respond to confirm Applebaum’saffiliation.

Currently the federal minimum wage is $7.25 an hour but many states, cities and counties have gone above it. Some cities have adopted a $15 minimum wage and others are also considering it. Seattle led the way in passing such an increase back in June 2014. At the moment no state has increased its minimum wage that much. NewYork and Florida have been thinking about it.

Supporters of the $15 minimum wage often claim it will help the poor and stimulate economic activity. They argue such an amount is the basic standard by which someone can live comfortably. Opponents, however, say such an increase will actually hurt the poor by limiting job opportunities.

Fight for $15 is not the first group caught offering less than what it claims people need. Cody McLaughlin replied in June to a job posting on Facebook for Working America. The group is an affiliated with the AFL-CIO. It was hiring field recruiters as part of its campaign to get a $15 minimum wage. When he asked if it paid $15 the group said the group could offer him  $12.25 per hour.

Democratic presidential hopeful and self-described socialist Bernie Sanders has been one of the more vocal lawmakers in support of the living wage. He has even introduced a bill to raise the federal minimum wage to $15per hour. This despite the fact he only pays his own interns $12 per hour.