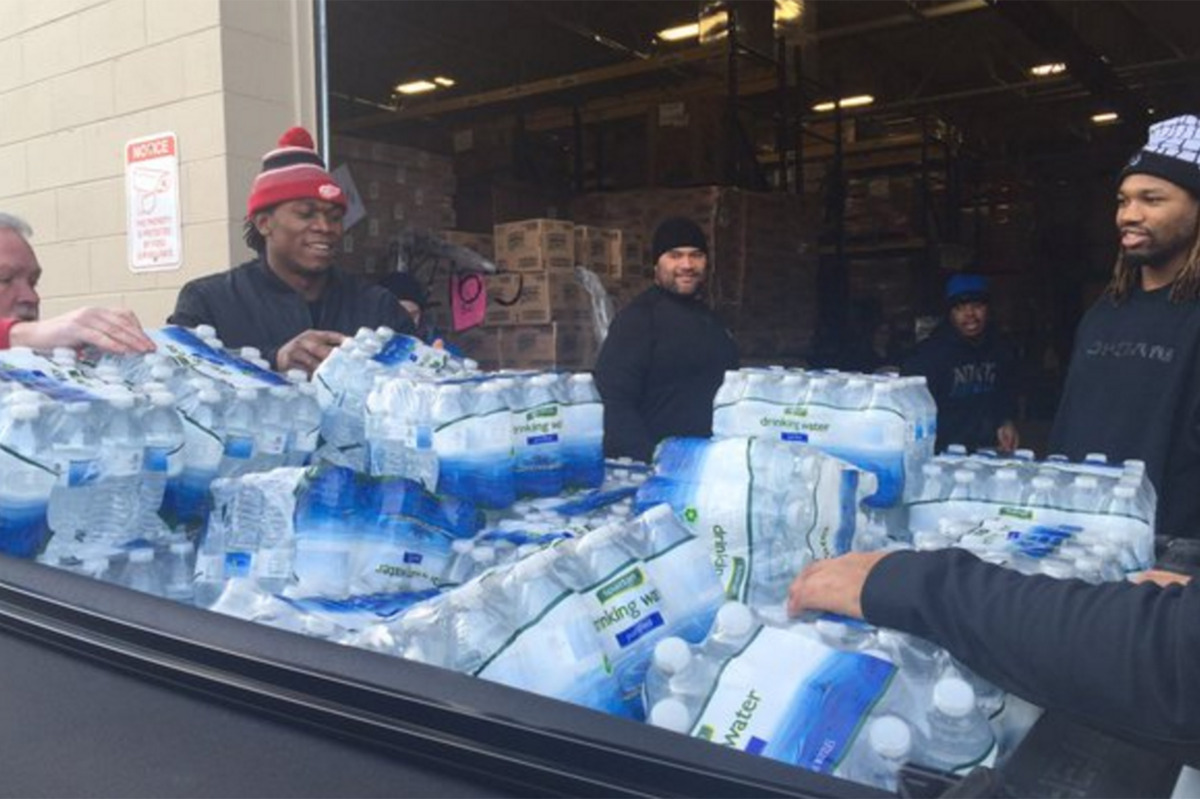 Those dastardly corporations built on greed and profit have stepped up to save the day after government poisoned residents’ water supply in Flint, Michigan.

Of course, lovers of all things emanating from the State will tell you this all stems from evil austerity, ignoring the irresponsible government spending and mismanagement that led them to such a situation.

Here’s the Flint crisis summed up simply: government creates financial crisis through spending; government switches to inferior water supply to save money, and then government lies to its people about the safety of the water.

And who saves the day when government fails? The free market, of course. Those the left see as evil, profit driven, money hungry parasites have stepped in to provide beautiful, clean drinking water for the people of Flint.

Walmart, Coca-Cola, Nestle and PepsiCo are to announce today the donation of about 176 truckloads of water to help people affected by the water crisis in Flint.

The donation includes providing up to 6.5 million bottles of water for more than 10,000 Flint students through Dec. 31, according to company officials.

Bilal Tawwab, Flint Community Schools superintendent, said in a statement that the city was grateful for the support.

“With their generous support, district students will have access to clean drinking water, and more importantly, the ability to focus on their education,” Tawwab said.

The effort is the  latest push in a growing campaign to aid the beleaguered city of 99,000 residents who have been advised to drink bottled water or use filters on their tap water before consuming it after the water was tainted.

Just think– all those profit-driven companies not only provide a valuable resource which government has failed to provide in Flint, but they were also able to afford to do so precisely because they are profitable companies.

Other groups have also been charitable, including many stars from the Detroit Lions, led by Ziggy Ansah. But all these donations have one thing in common: they’re buying clean and safe water that is easily accessible thanks to the free market.

This picture I have seen floating around online for Watertalk.com hits the nail right on the head! 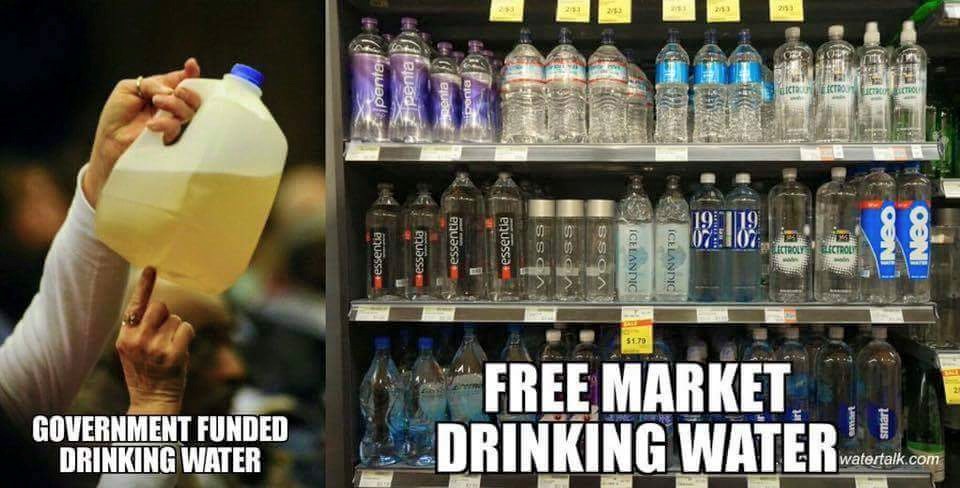 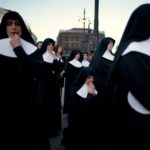 Strippers And Nuns Face-Off One More Time In Chicago 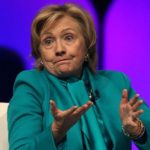