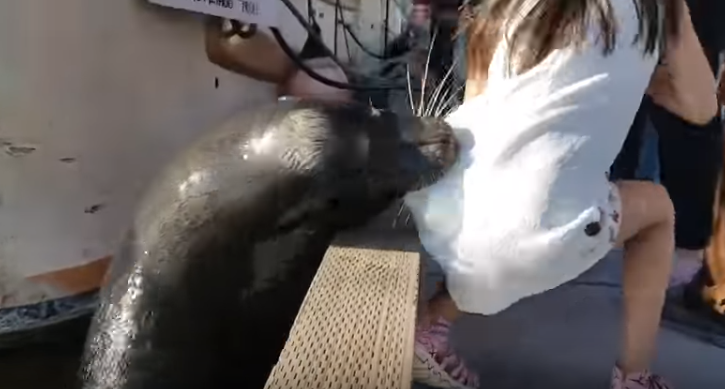 The girl that a sea lion bit and dragged into a harbor Saturday is receiving medical treatment over concerns that she was infected by harmful bacteria from the mammal’s mouth, according to a Thursday report from NBC News.

While it seems to be a precautionary measure, aquatic animal experts say she could have a rare disease called “seal finger.”

“The family saw media reports in which our marine mammal trainer recommended they calls us, and they did get in touch,” Deana Lancaster, a Vancouver Aquarium spokesperson told NBC News. “She did get a superficial wound and she’s going to get the right treatment.”

A student in Canada, who originally caught the whole ordeal on tape, said the family and other onlookers were “pretty shaken up” when the sea lion went over the dock, bit the girl, and pulled her underwater.

“Her family [was] just in shock,” Michael Fujiwara said, according to CBC News.

People who directly or indirectly work with seals and other similar animals typically contract seal finger, but it is, in general, very uncommon. While its name stems from the commonly infected appendage, other areas of the body can be seriously harmed.

“For hundreds of years seal fisherman have feared the disease known as ‘seal finger,’” says a case report composed by the National Center for Biotechnology Information. “The mechanism of inoculation may be directly from the bite of a seal, by handling seal pelts, or by a laceration produced from a knife while working with seal meat.”

Many Democrats Agree That Losing In Montana Is Actually A Win