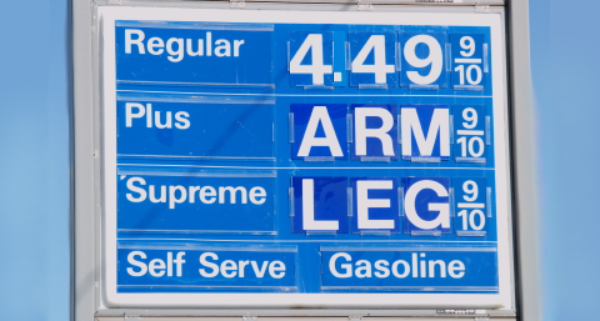 Freedom is what we Americans celebrate on Independence Day, but with gas prices at a near all-time high, our ability to move freely through the nation is restricted. The last thing the American people or our nation’s economy needs is more taxes on gasoline.

However, Senators Chris Murphy (D-CT) and Bob Corker (R-TN) have announced a plan to raise the federal excise tax on gasoline by 12 cents a gallon in order to replenish the Federal Highway Trust Fund. Some are hailing the bill as a rare example of bipartisanship to solve a problem. In actuality it is just a common example of how completely out of touch Washington remains with the reality facing the rest of the country.

The so-called “recovery” of the U.S. economy following the Great Recession remains incredibly fragile. The nation is just one more quarter of negative growth away from entering a new recession in its own right and the only reason that the unemployment rate is falling is because millions of people have given up even looking for jobs. While there are many factors exacerbating this situation, no one can deny the enormous role that the current price of energy is playing in hampering economic activity. Energy is linked to economic health in a way that few other things can claim. It impacts the price of every good and service in our modern economy to some extent.

When energy prices go up, economic activity slows down. It’s that simple and today Americans are paying as much for gasoline in real terms as they were during the height of the energy crisis of the late 70s and early 80s.

Yet now Senators Murphy and Corker want to take the federal tax on gasoline, which is in addition to all the state and local taxes, from 18.4 cents to 30.4 cents over the next two years. That is more than a 65 percent increase. Considering not just the current state of the economy, but also current federal energy policy, such a proposal to hike the gas tax is not only irresponsible, it’s downright insulting.

The bipartisanship of the proposal does not vindicate it. Democrats and Republicans hold equal blame for current gas prices. Favored policies of both parties are putting upward pressure on fuel prices and have already, in effect, raised taxes on Americans at the pump.

In 2005, with Republicans controlling Congress and the White House, the first iteration of the Renewable Fuel Standard (RFS) was created. The RFS is a federal mandate that forces fuel manufacturers to blend increasing amounts of biofuels into the nation’s fuel supply. In 2007, President Bush signed into law the second iteration of the program, expanding and increasing the standards.

The program has since wreaked havoc. With the economic downturn of 2008, the projected levels of national fuel consumption that the RFS is dependent on have not come to fruition, creating major problems. First, the Environmental Protection Agency has been unable, according to a Government Accountability Office (GAO) report, to release the required biofuels standards to the industry on time since 2009. Per GAO, “A late [Renewable Fuel Standard] contributes to industry uncertainty, which can increase costs because industry cannot plan and budget effectively”. These costs are undoubtedly passed on to consumers by the industry.

In fact, a Congressional Budget Office report issued last week found that the RFS will push gasoline prices up by as much as 26 cents by 2017, which is more than double the Murphy-Corker proposal. On the Democratic side, the Obama administration continues to abuse executive authority and do whatever it can to obstruct fossil fuel related commerce and exploration. While Obama’s continued and purposeful procrastination on the Keystone XL Pipeline from Canada surely is not inspiring confidence in the oil and gas industry, the real problem comes from the administration’s strangling of domestic supply.

Despite the energy renaissance that has been ushered in by abundant domestic shale gas and technologies such as horizontal drilling and hydraulic fracturing, oil production on federal lands fell by 11 percent between 2009 and 2013. While exploration on private lands has skyrocketed, dwindling production on federal land has a major impact since federally held areas hold 43 percent of all domestic oil reserves and 72 percent of oil shale acreage. Now Congress is seeking to levy a direct tax increase on Americans in addition to all the indirect taxation that has resulted from the advancement of these policies.

Frankly, an increase of the federal excise tax on gasoline is not even worthy of discussion until the broader issue of federal regulatory impediments in the energy and fuel markets are resolved. 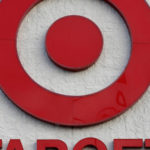