This has been an unpleasant year for backers of Common Core and some say Barack Obama is to blame.

After reaching a high-water mark where 46 states were committed to the new multi-state educational standards, the last six months saw Indiana, Oklahoma, and South Carolina all break away  from the standards and mandate the adoption of new ones.

Louisiana Gov. Bobby Jindal is battling the state’s education board to pull his state out, and North Carolina is strongly considering withdrawal as well. A recent poll from Rasmussen, meanwhile, suggests support among parents of schoolchildren may be dropping.

Common Core supporters are quick to point out that the standards have survived several challenges and remain in force in over 80 percent of U.S. states, but it’s safe to say Common Core’s roll-out has been less than the smooth ride proponents hoped for several years ago, when standards were adopted with little opposition. This turn of events has backers wondering if different decisions years ago could have saved them a great deal of trouble.

While many criticisms of the Common Core standards have been brought forth, among the most frequent and powerful is the claim that the standards constitute a federal takeover of education. That common attack incenses Common Core’s supporters on the right, who argue that Common Core’s genesis in an initiative by state governors shows that it is a state endeavor, not a federal one.

The “Common Core as federal takeover” argument draws strength, however, from a program that has become a conservative punching bag: Race to the Top. Race to the Top is a contest created by the Department of Education in 2009 to award over $4 billion to certain states that were seen as implementing desired education reforms. One of the ways schools could increase their chances of winning a piece of the pie was by implementing common school standards with several other states; in other words, Common Core.

At a stroke, regardless of its initial origins, Common Core became associated for many with the Obama administration, and for Common Core’s supporters, that has proven very regrettable.

Michael Petrilli, executive vice president at the Fordham Institute, a conservative education think tank that supports Common Core, told The Daily Caller News Foundation that entangling Race to the Top with Common Core has proven to be a “catastrophic decision.”

“There were some Common Core supporters who thought this federal incentive would be helpful to get states on board,” Petrilli said. “When it first happened, when the Race to the Top application came out, I didn’t scream bloody murder…and I regret that.”

“It was a shortcut,” he continued, “but it really poisoned the well for many on the right.”

Petrilli said that those closely involved with the standards’ creation failed to anticipate that federal sponsorship would make Common Core look like an undertaking of the Obama administration.

“Our belief was, ‘Well, look, the feds had nothing to do with the creation of the standards. You didn’t have federal officials writing the math or English standards…But that distinction in the end hasn’t mattered to a lot of conservatives…and so that was a huge mistake,” he said.

Cheryl Oldham, vice president of the Chamber of Commerce Foundation’s Center for Education and the Workforce, which also backs Common Core, agrees that Race to the Top has proven to be a tactical blunder.

“It’s a case of no good deed goes unpunished,” she told the DCNF. “[Race to the Top] is the easiest thing for the opposition to point back to now.” She said in her view the monetary incentive were a genuine effort to promote a bipartisan goal, but the polarizing nature of the Obama Administration has instead turned the incentive into a powerful repellent.

In hindsight, she said, keeping the Department of Education uninvolved may have slowed the standards’ acceptance, but also headed off the blowback. 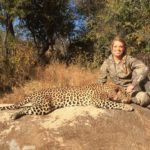 Is The Texas Teen Wild Animal Huntress A-mazing Or A Maniac? (PODCAST) 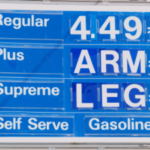