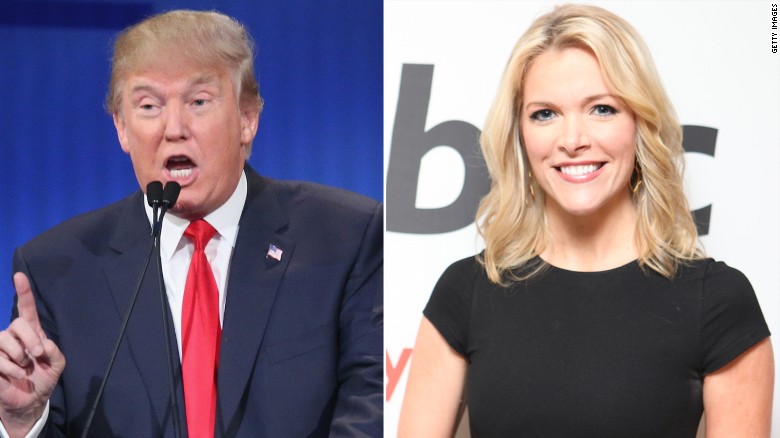 The feud between Donald Trump and Fox News is escalating with the network now releasing a statement that alleges the Trump camp levied a threat against Megyn Kelly.

The Kelly-Trump feud goes back to August when the real estate mogul unleashed a string of nasty attacks at Kelly because he took issue with the questions she had asked him at the debate. Trump whipped his internet followers into a frenzy and many then harassed and targeted Megyn Kelly. Heading into a tight race in Iowa, Trump likely saw a potential showdown with Kelly as a liability and demanded she be removed as moderator for her supposed bias.

After Fox refused to capitulate to Trump, the GOP front runner decided he would be skipping the debate. Now the network has released a statement that details how Trump’s campaign manager levied a direct threat at Megyn Kelly.

“As many of our viewers know, FOX News is hosting a sanctioned debate in Des Moines, Iowa on Thursday night, three days before the first votes of the 2016 election are cast in the Iowa Caucus. Donald Trump is refusing to debate seven of his fellow presidential candidates on stage that night, which is near unprecedented,” a Fox News spokesperson said in a statement provided to TheBlaze.

The statement raises genuine questions about Trump’s actions and how they will resonate with voters:

“We’re not sure how Iowans are going to feel about him walking away from them at the last minute, but it should be clear to the American public by now that this is rooted in one thing – Megyn Kelly, whom he has viciously attacked since August and has now spent four days demanding be removed from the debate stage.”

“Capitulating to politicians’ ultimatums about a debate moderator violates all journalistic standards, as do threats, including the one leveled by Trump’s campaign manager Corey Lewandowski toward Megyn Kelly,” the statement reads. “In a call on Saturday with a Fox News executive, Lewandowski stated that Megyn had a ‘rough couple of days after that last debate’ and he ‘would hate to have her go through that again.’ Lewandowski was warned not to level any more threats, but he continued to do so.”

“We can’t give in to terrorizations toward any of our employees,” the statement added. “Trump is still welcome at Thursday night’s debate and will be treated fairly, just as he has been during his 132 appearances on FOX News & FOX Business, but he can’t dictate the moderators or the questions.”

Trump’s campaign manager allegedly threatened to target and instigate harassment of Megyn Kelly. The mafioso tactics are astounding. When Trump doesn’t get his way he attempts to strong-arm or threaten those who oppose him. It’s also interesting to note that Trump is skipping this debate now that he and Cruz are locked in a head-to-head battle in Iowa.