Former FBI agent and seven-term Michigan Republican Rep. Mike Rogers, who led a two-year investigation of Hillary Clinton and the 2012 Benghazi terrorist attack, is on a short list to replace James Comey as director of the FBI.

The president is seriously considering Rogers, according to NBC News, citing sources familiar with the situation.

Rogers, who also led President Donald Trump’s national security transition team in 2016 before being let go just days after the election, has the backing of Tom Fuentes, a highly respected former FBI official who now serves as a top law enforcement/national security analyst for CNN.

“Mike Rogers would be the best choice,” Fuentes told The Daily Caller News Foundation Friday. “I think that he has a unique perspective,” Fuentes continued, referring to Roger’s four year stint as Chairman of the Permanent Select Committee on Intelligence.

“As chairman of the House Intelligence Committee, he gained an intimate working knowledge of all of the agencies in the intelligence community, not just the FBI,” Fuentes said. Rogers led the Committee from 2011 through 2015, where observers across the political spectrum credited him for bring a level of bipartisanship to Capitol Hill.

A Michigan-native, Rogers served in the Army from 1985 to 1989 before working as a special agent with the FBI in Chicago. Fuentes worked with Rogers in the Chicago field office, where they specialized in organized crime and public corruption.

“He was phenomenal,” Fuentes said of Rogers’ time in the Chicago office. “He was instrumental in bringing great RICO charges against top senior government officials of Cicero,” Fuentes explained, referring to the suburban-Chicago community with a notorious past. Cicero had been a bastion of organized criminal activity before federal law enforcement officials cracked down in the early ’90s.

Fuentes acknowledged that he is friends with Rogers but said he wouldn’t back his former colleague on that fact alone.

“We are friends, but I would not recommend him if i didn’t believe he was qualified,” he said. “I know him, I know what he’s done, a lot of what he’s done.”

While Fuentes went on to Washington D.C. where he rose through the Bureau ranks to lead the FBI Office of International Operations, Rogers returned to Michigan to launch a political career. Fuentes grew the Bureau’s international reach, including the opening of offices in Beijing and Moscow. Rogers was elected to Congress in 2000.

Fuentes said that Rogers asked him to accompany him during a Congressional Delegation to Iraq in 2004. Fuentes, who was the first FBI executive manager operating in Iraq during the 2003 invasion, said that he saw Rogers stand up for the soldiers. “He wasn’t there to suck up to the top officials,” Fuentes explained. “He was there to make sure that the soldiers and special operators were being taken care of and had the necessary supplies and equipment.”

“You’re talking about a guy who absolutely knows how to put an investigation together,” Fuentes asserted. “He has a deep understanding of all the agencies in the intelligence community and can manage the 40,000 person bureaucracy.”

Former New York Mayor Rudy Giuliani, New Jersey Gov. Chris Christie and former New York City Police Department Commissioner Ray Kelly have all been circulating as possible replacements, but Fuentes said it’s unlikely that any of them would be selected.

Maryland Democratic Rep. Elijah Cummings is on the record supporting Rogers to replace Comey. Cummings said on MSNBC Friday that Rogers would do a good job if selected. He also endorsed the idea of naming United States Court of Appeals for the District of Columbia Judge Merrick Garland to the post. 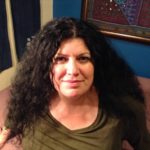 Feminists Protest Bill That Would Let Transgenders In ‘Female-Born’ Spaces 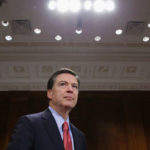