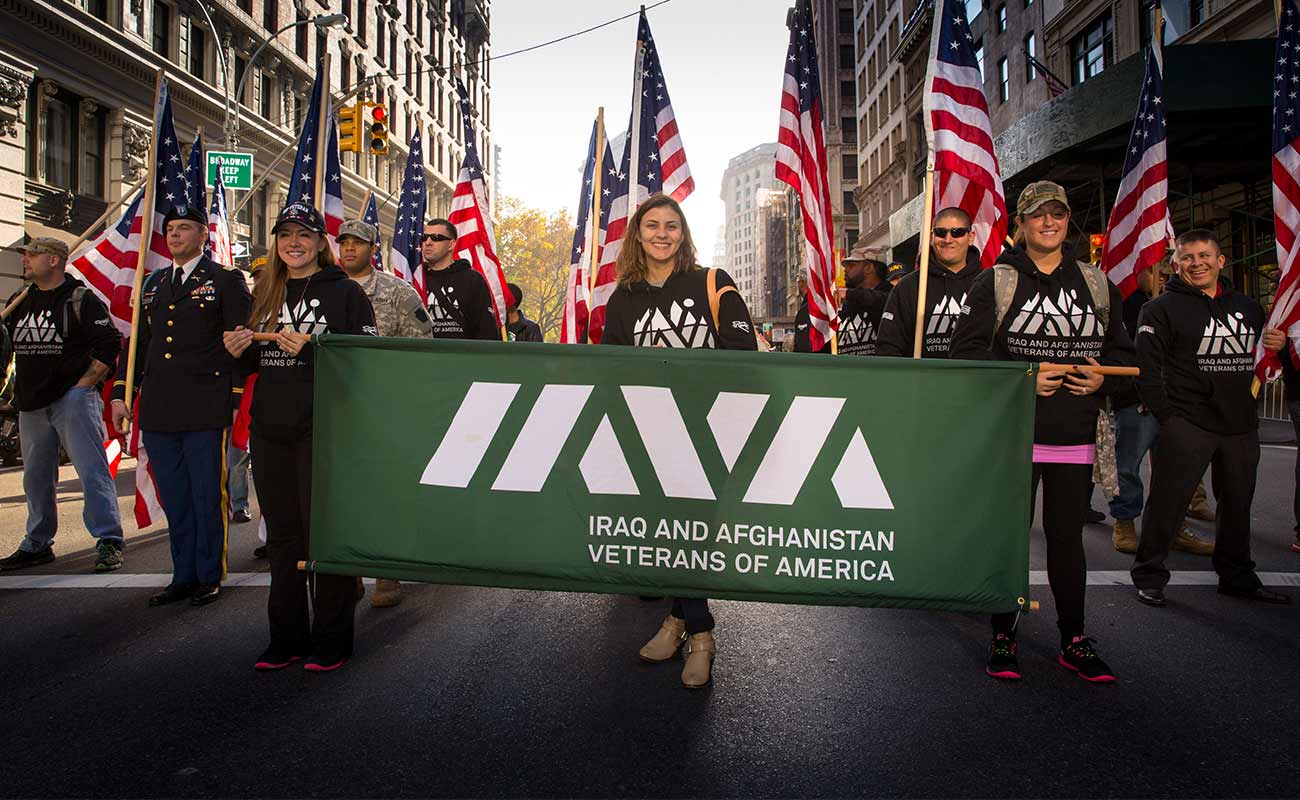 Former employees of Iraq and Afghanistan Veterans of America, one of the largest veterans’ advocacy organizations in the country, allege that the charity’s CEO has abused staff and pressured employees to lie about grant funds and project success to mislead donors.

Seven former employees of IAVA spoke to The Daily Caller News Foundation and said among other things that CEO Paul Rieckhoff, who served in Iraq as an Army first lieutenant, has fostered an environment that puts pressure on employees to aggressively fiddle with numbers so that grant finances and grant project goals can be listed as complete.

“We’re tired of seeing funds misused with no support for actual programs,” the first former IAVA employee told TheDCNF on condition of anonymity.

This employee explained that IAVA doesn’t set aside its grant funds that it receives for specific projects and instead lumps them in general accounts, where the funds are subsequently spent on all manner of other, unrelated expenses.

“IAVA does not set aside their grant money for specific grants,” the first former employee noted. “They don’t do particularly good bookkeeping when it comes to grants, and I don’t think anyone could say definitively that the money that they get from one grant to another goes specifically to match specific grants.”

“Everything goes into one account and then the bookkeeping happens when it’s time to do reports,” he added, saying the bookkeeping would be done in an ad-hoc, after-the-fact manner.

In one particular example, IAVA received a grant for mental health funding to combat veteran suicide through a national training initiative. This grant included holding training events across the country. When not enough mental health events happened, normal membership-type events were counted in the final grant report as mental health events.

“Paul is the mastermind of this stuff.”

Another program former staffers spoke to was the Rapid Response Referral Program, which has suffered chronic staffing issues. While RRRP had grants to hire the employees necessary to complete the task, the money has allegedly been spent elsewhere.

Several former employees said that at one point, RRRP was funded for nine social workers, but had only four. Management consistently told employees that they had no money for more employees.

The program has never in its entire existence had nine staffers, according to a source.

RRRP is intended to help veterans coming home transition seamlessly back into the civilian world.

A second former employee, who worked as a grant writer, told IAVA management in early 2015 that grants had reached “new lows of noncompliance” and expressed frustration that the organization was bleeding away its grant money because it kept disappointing or offending grant foundations by not achieving basic grant goals.

“[W]e essentially threw away our grants … because as an organization–as a culture–we can’t be bothered with grants compliance, even though grants keep us afloat.”

“There would be discussion about what needed to be included in a grant to make the funders happy, but that wouldn’t necessarily include facts,” this third former employee said.

“In an effort to be honest, I would say ‘Well, this isn’t real, this didn’t happen’–and I would just be rebuffed.”

Sometimes officers rebuffed the corrections. Other times, Paul himself would reportedly rewrite huge portions of the grant to include accomplishments that were simply fabrications, in order to please donors, the third former employee said.

Since IAVA takes an enormous amount of pictures of each of its events and posts them to social media, this employee added that it would be fairly easy to cross-reference events written up in grants with photos publicly available. If there aren’t any publicly available photos of an event listed in a grant, it likely never happened.

“There were some definite issues around grant compliance,” a fourth employee added. “If anyone ever looked at the books, the problems would be obvious.”

Staffers also spoke to an environment of extreme paranoia, micromanagement and pressure to fill job roles that had nothing to do with their current positions. When employees decide to leave, one former staffer said that “they become the enemy.”

As such, turnover has been a prominent issue at the highest levels. In 2015, the CFO left a resignation letter on his desk the day of a board meeting. All six employees on the communications team, management included, had departed by mid-2016, leaving just one person in 2017 to man the desk.

Since the organization has such problems with staffing, employees are routinely asked to fill functions far beyond the scope of their job descriptions.

A fifth former and senior employee said that the incredibly high turnover rate was indicative of Paul’s terrible management and pointed to reviews of the organization on Glassdoor, a site where employees rate organizations.

“I would also say in some ways Paul was abusive. He would be very demeaning of people, frankly including me. Micromanaging to an insane level.”

“Everybody is right down the line about this, he scares good talent away. I’m not saying that about myself. The people who are really good and want to do good things and think they’re coming into a great organization, I saw them head out the door really quickly,” he added.

Several other problems have plagued IAVA over the last several years.

Other former employees, particularly female and minority employees, told TheDCNF they were used as pawns and paraded around in front of donors, told they would receive promotions and then were later totally disregarded.

One former female veteran employee said IAVA is continually hiring more and more civilians, who lack any kind of experience working with or relating to veterans. Veterans are apparently quite poorly treated at IAVA, in comparison to civilians. And morale is so bad at IAVA, she added, that many current employees are starting to send out their resumes to other organizations.

Former employees have further noted that the organization has drifted leftward in alignment with Reickhoff’s priorities, despite the fact that the drift has alienated many of the veterans who are disappointed that the non-partisan nature of the organization exists in name-only. Veterans hit back hard against IAVA during this past presidential election for excluding Libertarian Party presidential candidate Gary Johnson from the commander-in-chief forum at a time when Johnson was the most popular candidate with veterans.

The problems are so horrendous that a letter dating back to 2014 allegedly written by now-former IAVA employees has recently surfaced. The letter, directed to IAVA’s board, asks for Reickhoff to step down as CEO, citing a long history of poor relations with donors, high staff turnover and misspending grant funds.

IAVA did not respond to a request for comment from TheDCNF by press time. Calls to Reickhoff’s personal cell phone went unanswered.

Race in America: A Look at ESPN’s Sage Steele