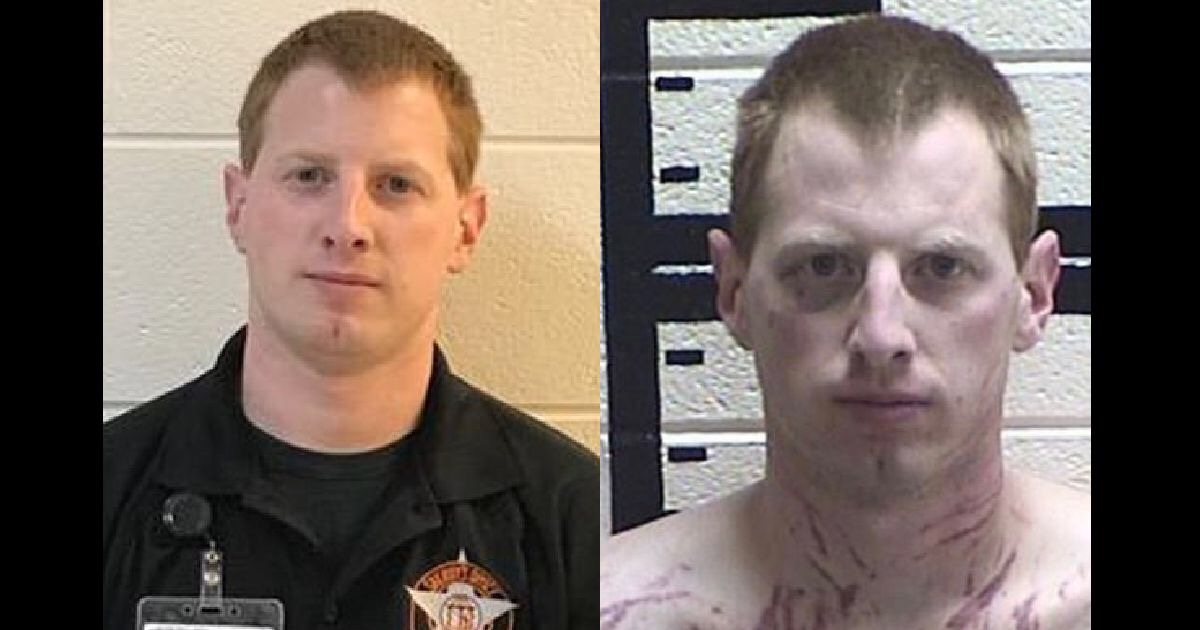 A former detention officer in Murray County, Georgia was arrested and charged with rape and five additional charges on Friday after he held a woman prisoner in her home in Murray County, according to a law enforcement official.

The rape took place allegedly lasted from Thursday, March 7th until the next morning, according to the Georgia Bureau of Investigation.

A photo taken of Martin when he was brought in for booking shows that he didn’t get away with his crime unscathed. He appears to have bright red scrapes and scratches all over his back, neck, and chest, and swollen eyes from the victim fighting back, according to Special Agent in Charge Greg Ramey.

Martin worked as a jailer from March 2017 until he was fired in April 2018, according to Georgia Peace Officer Standards and Training Council (POST) records. Murray County sheriff’s Deputy Chief Jimmy Davenport said that Martin was fired from his position after several violations of jail policy, among these include giving an inmate the wrong prescription and several procedure issues.

He has no other experience in law enforcement in Georgia, POST records show. He passed his jailer certification class at the Georgia Public Safety Training Center in Cherokee County in September 2017. Among his training history, he logged two hours for a sexual harassment course while at the Murray County Sheriff’s Office.

Martin was transferred to Rabun County after being denied bond at a hearing.

How to Write a Sophisticated Essay