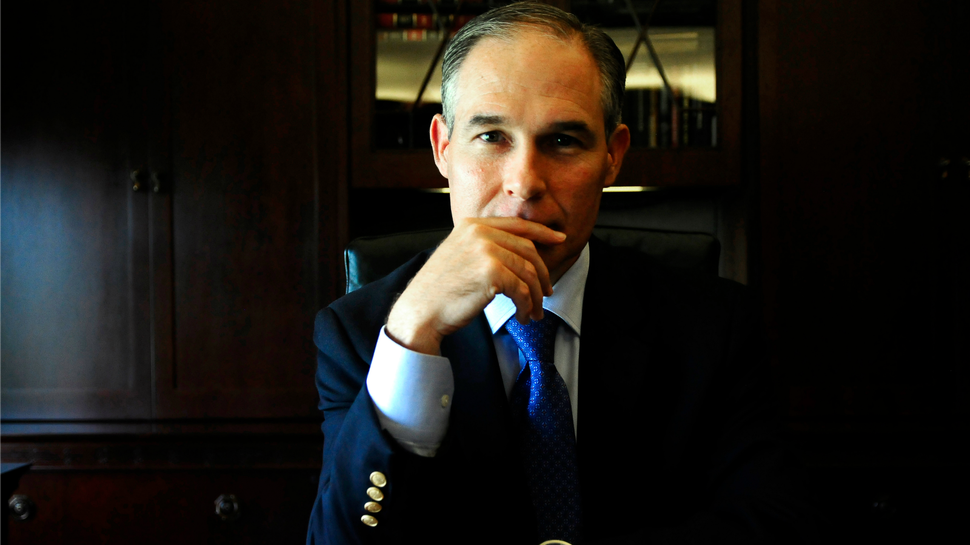 EPA Administrator Scott Pruitt told agency employees Tuesday he would lead the agency based on three broad principles: process, the rule of law and federalism.

Pruitt’s first speech to agency employees provided subtle hints of the direction he plans on taking EPA — complete with subtle criticisms of how the agency operated under President Barack Obama.

“The process we engage in in adopting regulations is very important,” Pruitt told EPA employees gathered at agency headquarters. He stressed that agency rule making needs to be “tethered to the statute.”

“Process matters,” Pruitt said, “so we should respect that and focus on that” to stop abuses and follow the “rule of law.” Pruitt specifically mentioned EPA’s agenda in the Obama years being driven by environmental activists suing and settling with the agency to compel new regulations.

Pruitt criticized a former EPA chief for allowing environmental groups to negotiate with regulators behind closed doors. “We avoid litigation, we avoid the uncertainty of litigation,” Pruitt said.

“Federalism matters” was Pruitt’s third point. He wants regional EPA offices to partner with states to solve environmental problems and avoid agency actions from being mired in lawsuits.

And he should know. Pruitt sued the Obama EPA at least 14 times as attorney general of Oklahoma, largely on the grounds agency regulations impinged on states’ rights and violated federal laws.

“I seek to ensure that we engender the trust of those at the state level,” Pruitt said.

Pruitt said nothing about President Donald Trump’s plans to withdraw two major EPA regulations through executive order: the Clean Power Plan (CPP) and the “Waters of the U.S.” (WOTUS) rule.

One order “will instruct the Environmental Protection Agency to begin rewriting the 2015 regulation that limits greenhouse-gas emissions from existing electric utilities,” The Washington Post reported.

A second order instructs the EPA and U.S. Army Corps of Engineers to rewrite the WOTUS rule. Both the CPP and WOTUS have been halted by the courts. Pruitt was one of dozens of state attorneys general that sued EPA over both rules.

Trump has yet to issue the orders, but a source told the Post they could be issued in the next week.

Overall, Pruitt’s speech seemed to be an olive branch to EPA employees, many of whom likely aren’t thrilled with his taking over the agency.

“I seek to be a good listener,” Pruitt told agency personnel after thanking them for their years of service.