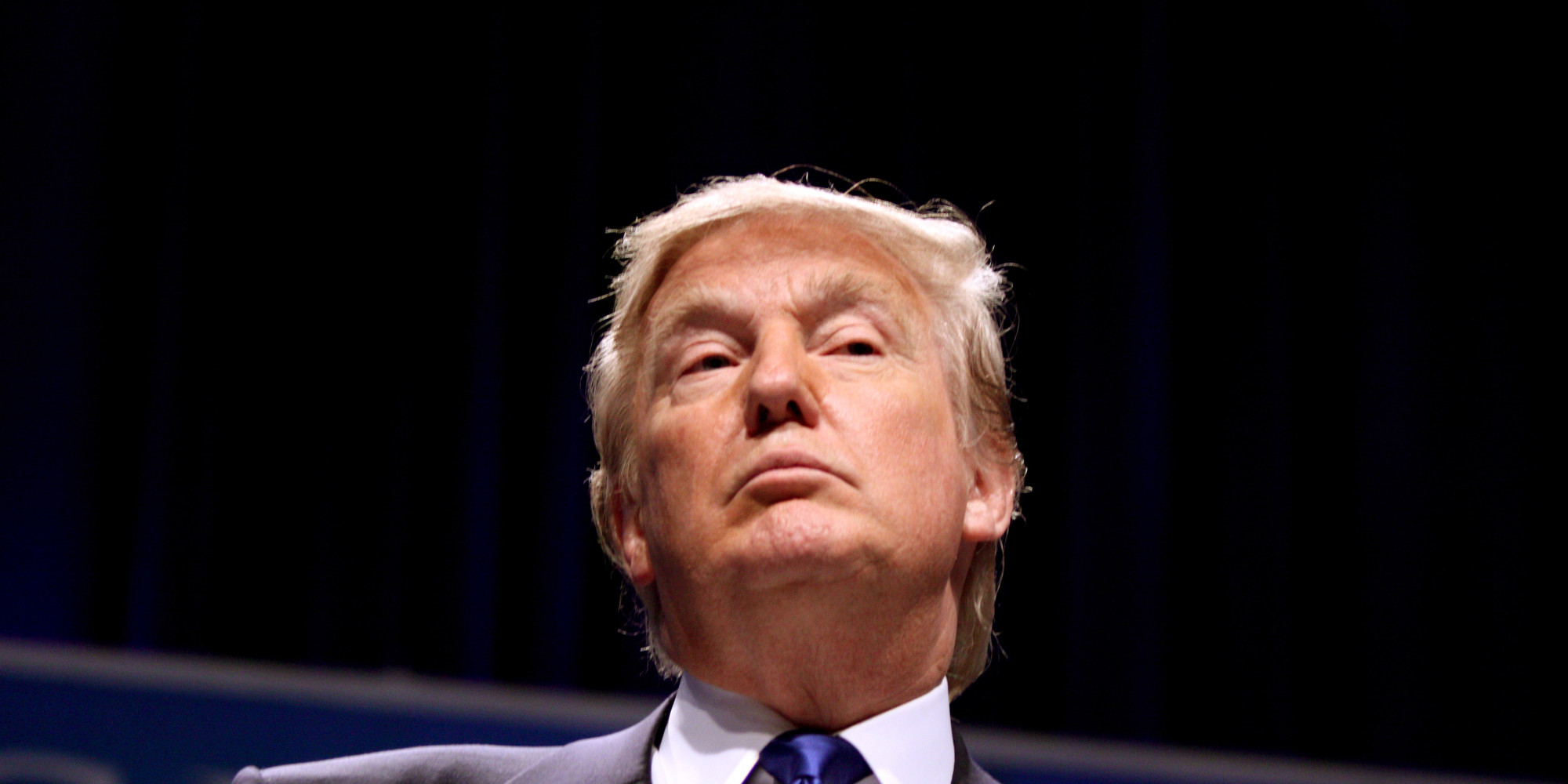 “I pledge allegiance to the flag of the United States of America and to the Republic for which it stands, one nation under God, indivisible, with liberty and justice for all”

[dropcap size=small]I[/dropcap]t was the year 1776 when American colonists declared independence from Britain and set the stage for war with one of the most powerful empires in world history. Though the group of ragtag colonists initially found themselves at a major disadvantage, given military supplies were low, disease was rampant, and food scarce, seven long years of war proved victorious for the Americans, and a new nation built on freedom, liberty, and limited government was born.

So humble were America’s origins and so insatiable the appetite for freedom and liberty that George Washington refused to allow his soldiers to install him as a King with ultimate authority over the newly founded nation, yielding power back to Congress before being elected as the first President of the United States six years later. After eight years of governance, Washington voluntarily stepped down to ensure the presidency remained limited in its power. As a consequence of his commitment to his principles and America, Washington established a precedent that eventually became law after it was once violated by Franklin D. Roosevelt in the 1940s.

“I hope I shall possess firmness and virtue enough to maintain what I consider the most enviable of all titles, the character of an honest man.” – George Washington

While the war for American independence ended in 1783, the Constitution was not ratified until 1789. The Constitution was a compromise between political factions to ensure the new government was powerful enough to serve its role, yet limited enough that it could not freely impose its will upon the states. Two years later, as part of a further compromise, the Bill of Rights was added, enshrining the rights of individuals into the law of the land. As societal attitudes evolved over the generations, the Constitution was amended to closer reflect the original sentiment of the Declaration that “all men are created equal and endowed with certain inalienable rights.” These rights include freedom of speech, religion, and assembly; the right to keep and bear arms; freedom to contract; and equality under the law.

We the People of the United States, in Order to form a more perfect Union, establish Justice, insure domestic Tranquility, provide for the common defence, promote the general Welfare, and secure the Blessings of Liberty to ourselves and our Posterity, do ordain and establish this Constitution for the United States of America.

While most Americans swear by the Constitution and believe in the importance of upholding it, a growing sect of the population has chosen to abandon their individual principles as well as those upon which the United States was founded and embrace the potential for a frightening new form of government: fascism.

At the heart of this movement is Donald Trump, Republican front-runner for the party nomination and unquestionably one of the most divisive candidates to ever run for President of the United States. He has polarized the Republican Party, dragging it further from unity and closer towards unmitigated collapse. He repulses Democrats and independents, vindicating their shared belief that racism, xenophobia, and bigotry permeates the right side of the political spectrum, and he lends far more credibility to Hillary Clinton than she could ever lend herself.

The problem with Donald Trump is not that he has a chance of winning the White House; head-to-head against Clinton, he’ll lose every time. What’s troubling is how many Americans from both parties have embraced a naked fascist. This is not hyperbole — there is mounting evidence to suggest that Trump does not respect the founding principles of the United States, favouring instead a “rule by iron fist” approach. As of 2/27, he has managed to convince nearly 40% of Republicans that he will “make American great again,” effectively preventing them from seeing what he himself has laid out on the table.

To understand how Donald Trump harbors fascist tendencies, one must understand that fascism is a “governmental system led by a dictator having complete power, forcibly suppressing opposition and criticism, regimenting all industry, commerce, etc., and emphasizing an aggressive nationalism and often racism.”

Speaking at a rally in Texas last week, Trump declared,

Supporters have argued Trump merely wants to prevent journalistic outlets from printing lies, but it’s unlikely that he is unaware of existing libel laws; in fact, American defamation laws pre-date the American Revolution. What’s interesting is Trump’s desire to include “negative and horrible” articles. Negative and horrible does not equal false, but changing the law to allow legal action against opposition does equal forcible suppression of criticism and a complete violation of the First Amendment.

Trump has also proclaimed he’d like to punch a protester in the face — “I love the old days. You know what they used to do to guys like that when they were in a place like this? They’d be carried out on a stretcher, folks” — suggested another protester deserved to be “roughed up” one day after his campaign condemned physical violence, refused to attend a Fox News debate unless the network agreed to remove Megyn Kelly as a moderator, and most recently threatened House Speaker Paul Ryan, saying, “I don’t know him well, but I’m sure I’m going to get along great with him. And if I don’t, he’s going to have to pay a big price.”

Trump even offered praise for communist China’s vicious massacre of protesters at Tienanmen Square in 1989, remarking in an interview with Playboy Magazine in 1990 that the Soviet Union’s Mikhail Gorbachev would likely be overthrown because he had shown “extraordinary weakness.”

Russia is out of control and the leadership knows it. That’s my problem with Gorbachev. Not a firm enough hand […] When the students poured into Tiananmen Square, the Chinese government almost blew it. Then they were vicious, they were horrible, but they put it down with strength. That shows you the power of strength. Our country is right now perceived as weak … as being spit on by the rest of the world […] I predict [Gorbachev] will be overthrown, because he has shown extraordinary weakness.

Admiration of power and praise for totalitarianism? Check.

In addition to his complete lack of regard for the First Amendment, Donald Trump has openly entertained the idea of starting trade wars with Mexico and China, the consequences of which could be disastrous for American jobs and the economy. He has threatened to force Mexico to pay for a wall along the border through increased tariffs, essentially proposing economic warfare against an allied nation, and has proposed similar action against American companies, vowing to increase tariffs on Ford Motor as high as 40% for moving operations to Mexico and calling for a boycott of Apple products over the company’s refusal to back away from protecting their customers’ privacy. He has also suggested he would force private businesses to display “Merry Christmas” during the holiday season, as opposed to “Happy Holidays” or some other “politically correct” slogan.

Finally, the most contentious issue for Trump supporters is allegations of racism, xenophobia, and nationalism. Donald Trump’s rallies are known to attract violent white supremacists, while his son, Donald Trump Jr., recently granted an interview to prominent white supremacist radio show host James Edwards, set to broadcast March 5th. This news comes on the heels of Trump Jr’s father’s initial refusal to disavow the KKK, claiming he had no idea who former leader David Duke is, despite having made several public statements about him in the past. While Trump has previously referred to Duke as a “racist” and offered a condemnation after being pressed by CNN, previous remarks indicate he has been sympathetic to those who supported Duke’s bid for governor of Louisiana in 1991. His assertion that he knew nothing about David Duke, therefore, should be enough to give pause and ask whether or not Trump is attempting to appease his white nationalist supporters in his bid for the presidency.

Trump has also called for the creation of a national database of Muslims living in the U.S. as well as a temporary ban on Muslims entering the country; called for the surveillance of American mosques; mocked Asian accents at a campaign rally; falsely claimed Mexico is sending “rapists” to the U.S. and that immigrants have increased crime rates; and supported killing the families of ISIS terrorists. His trade war rhetoric and desire for both international and domestic economic warfare overlaps with his nationalistic tendencies, firmly pitting Trump against free market enterprise and individual Constitutional liberties.

Trump has also expressed support for raising taxes on the wealthy; praised universal healthcare and said the government will pay for its implementation; endorsed the use of eminent domain to allow government seizure of private land even after his personal history of eminent domain abuses to get his own way were revealed; and opposed equality under the law for the LGBT community, affirming as recently as January that he would consider appointing Justices that would overturn the Supreme Court’s ruling on gay marriage.

Donald Trump supporters can run, but not hide from the inescapable truth that they are lending their support to a textbook fascist. They can spin Trump’s positions in any way they like, but it does not negate the fact that rational people can see them for who and what they really are: the unprincipled, the uneducated, and the bigoted. Trump’s vision for America does not skirt the Constitution; it does away with it altogether. The colonists of 1776 did not put everything on the line to obtain independence from Britain for the purpose of establishing yet another intrusive, dictatorial regime over the American people — then, or now.

It is without question that Trump’s platform would offend every value the Founding Fathers held near and dear to their hearts, for the Founding Fathers sought to prevent individuals like Donald Trump from ever having such enormous political power. Unfortunately, when a huge percentage of the modern Republican Party — the same party that ended slavery in the 1800s — abandons America’s values, dangerous ideas like fascism are allowed to creep into the mainstream as an acceptable alternative to the original Constitutional Republic and its ideas of freedom, liberty, and equality under the law.

Donald Trump will not win the presidency, but he has succeeded in convincing huge swaths of the Republican Party to abandon their principles and embrace fascism in much the same way as Bernie Sanders supporters embrace socialism. Curiously, what’s acceptable for Trump to say and do would never be acceptable for Obama in the eyes of his most ardent supporters, yet most seem incapable or unwilling to admit this double standard. Unless the right cleans up its act and rejects what Donald Trump is selling, America will continue to drift further away from the Constitution and closer towards tyranny.