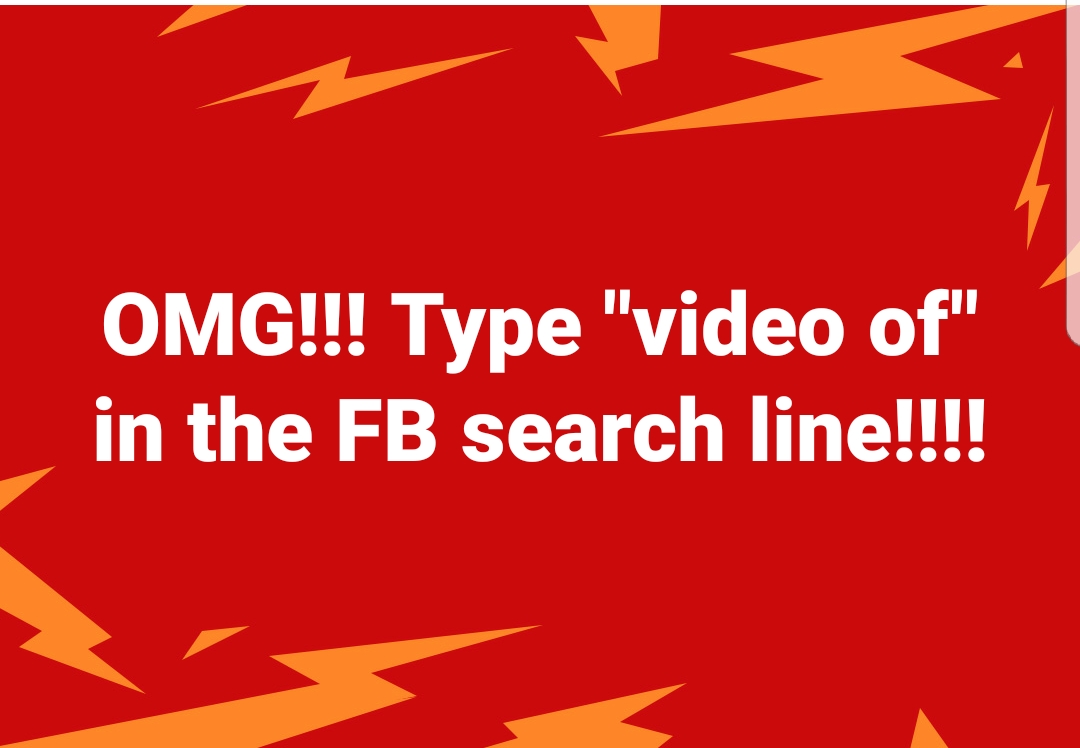 Some Facebook users are reporting disturbing suggested search results on Facebook which allegedly promote pedophilia. A post began making the rounds telling users to type “video of” in the Facebook search box and take note of the suggested results. 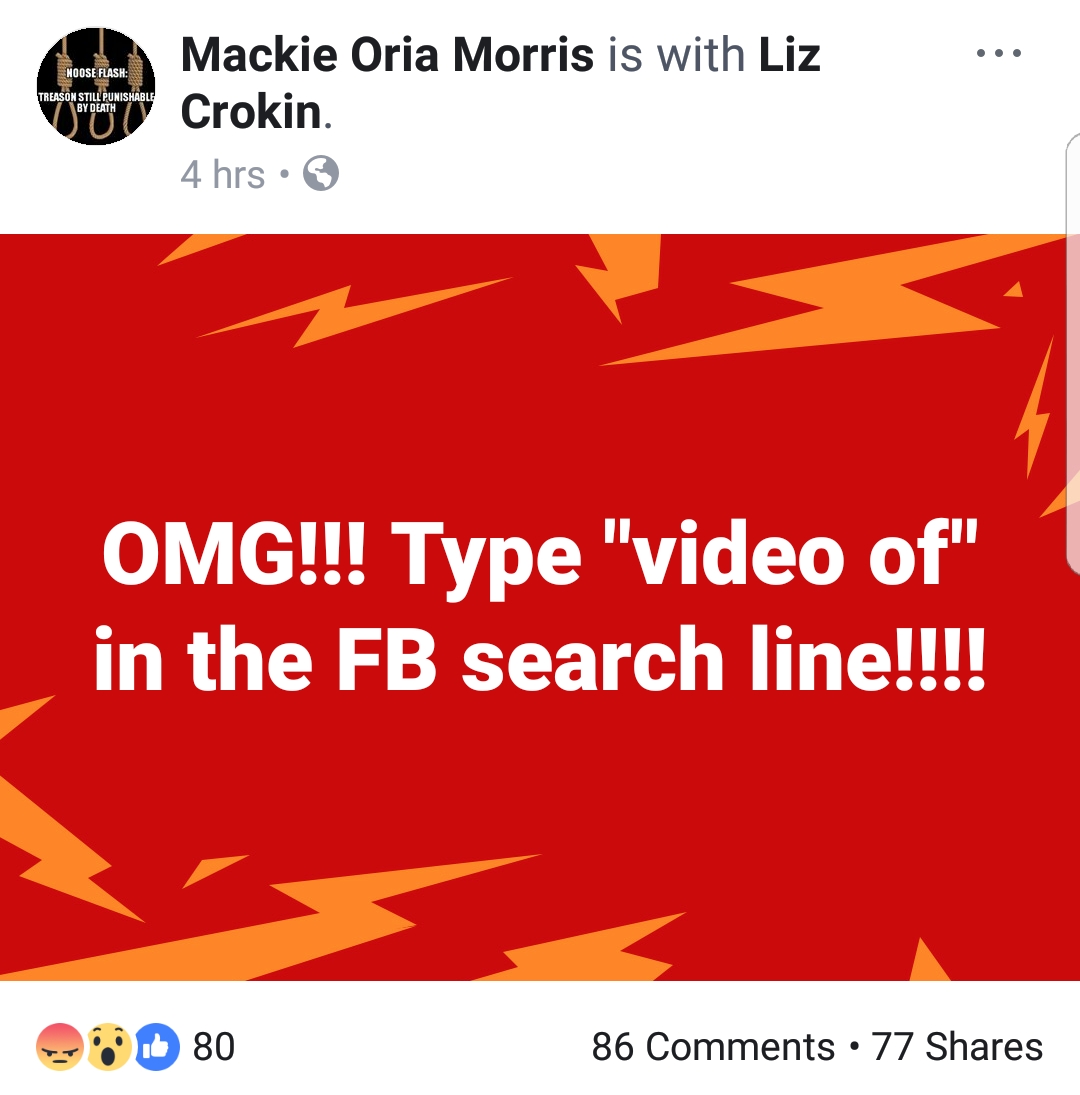 A number of horrified users posted a screenshot of their results, who were using various PC and Mobile platforms. They all reported similar results. 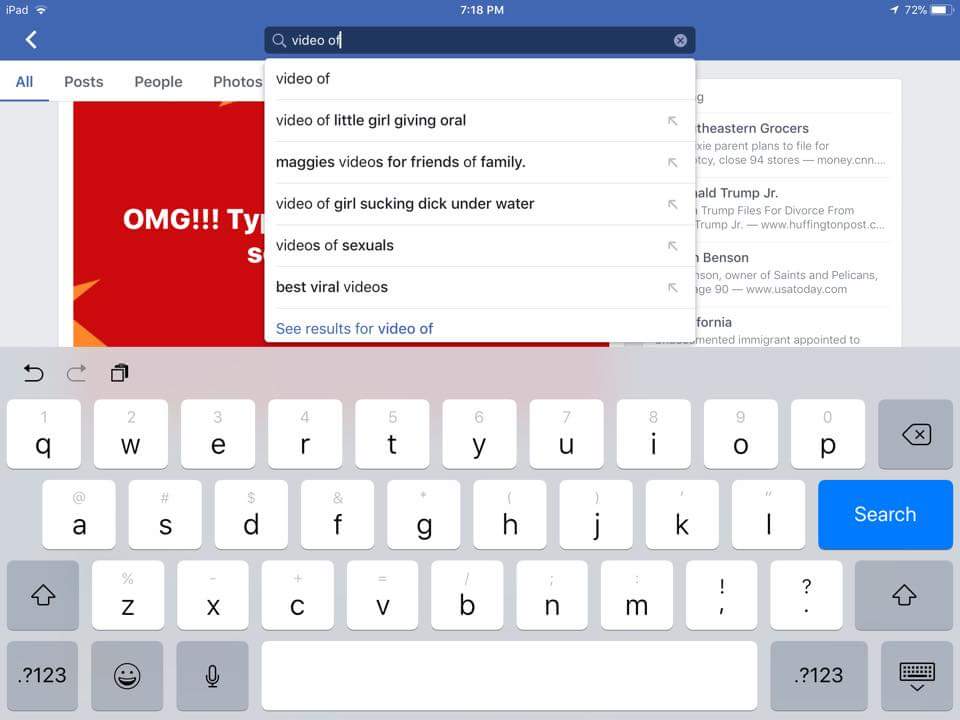 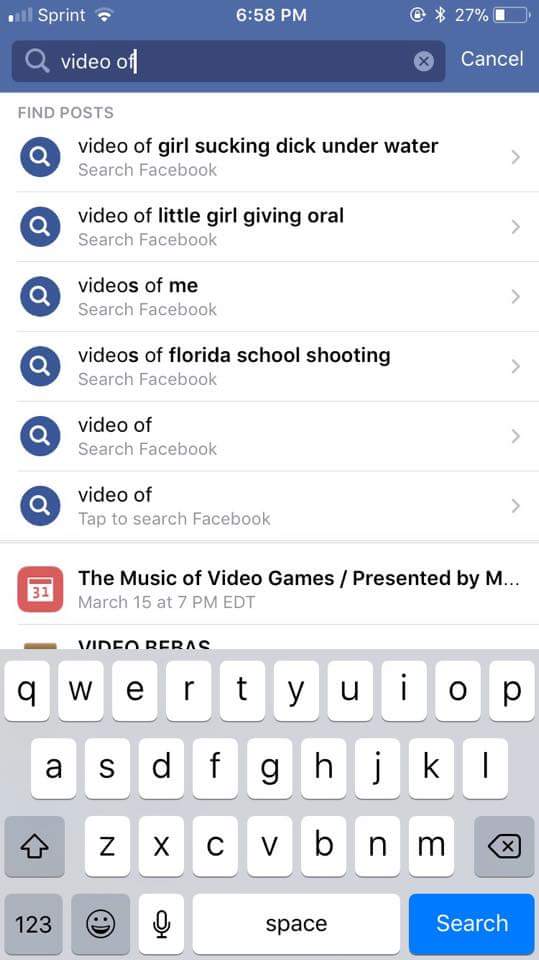 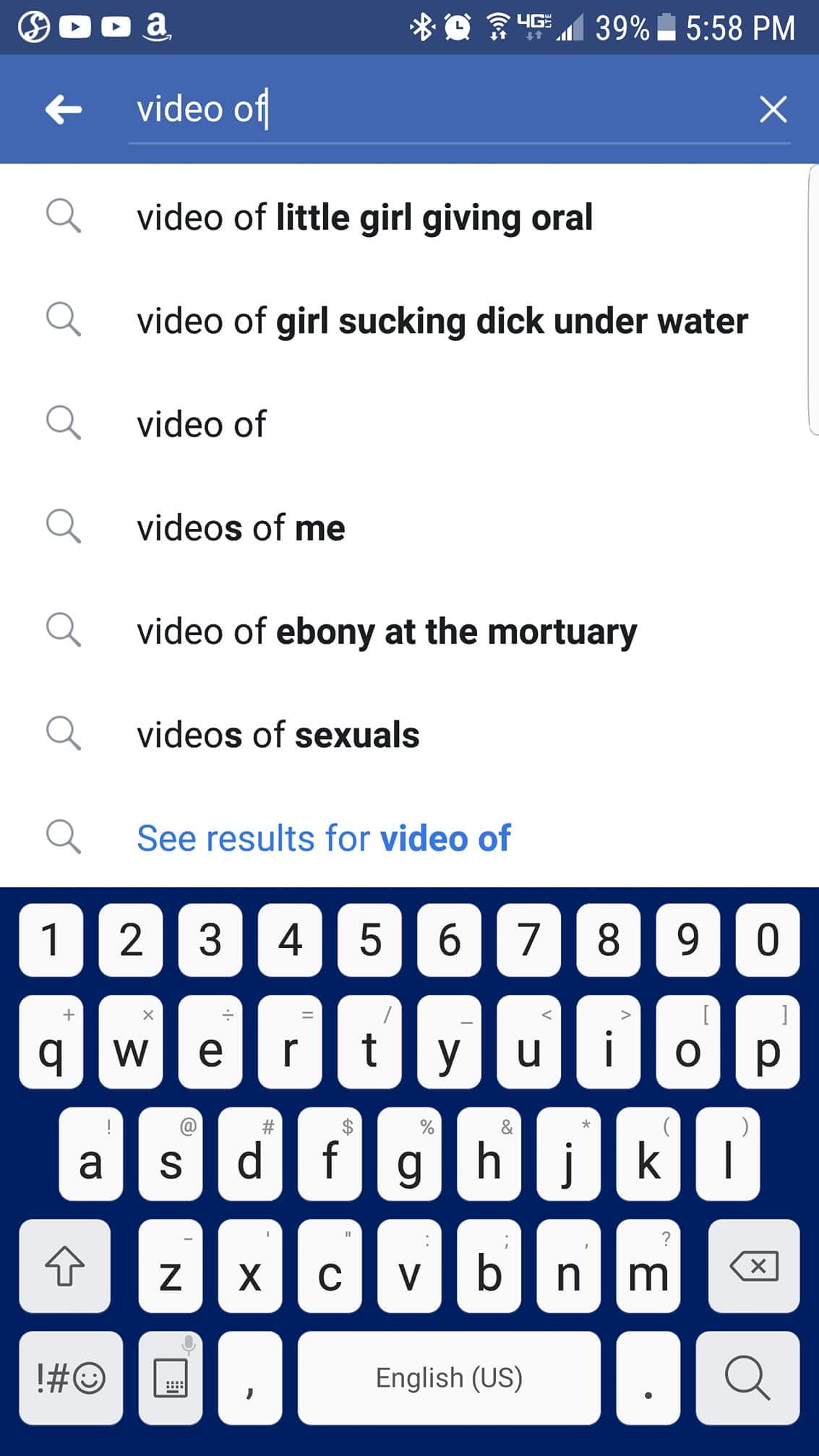 One user was brave enough to click on the suggested result. Thankfully, it did not actually reveal any content which had been posted to Facebook, rather stating that no results matched the search. 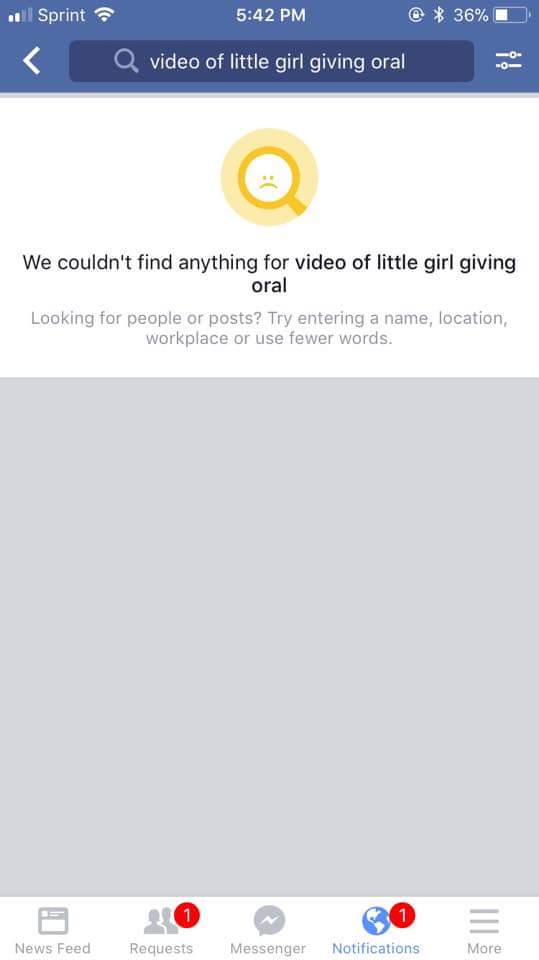 Many of the users on the thread expressed disgust. One person commenting who resided in the United Kingdom stated this result did not display on his end, as well as another user from Australia, leading to the theory that the result is localized to the United States. 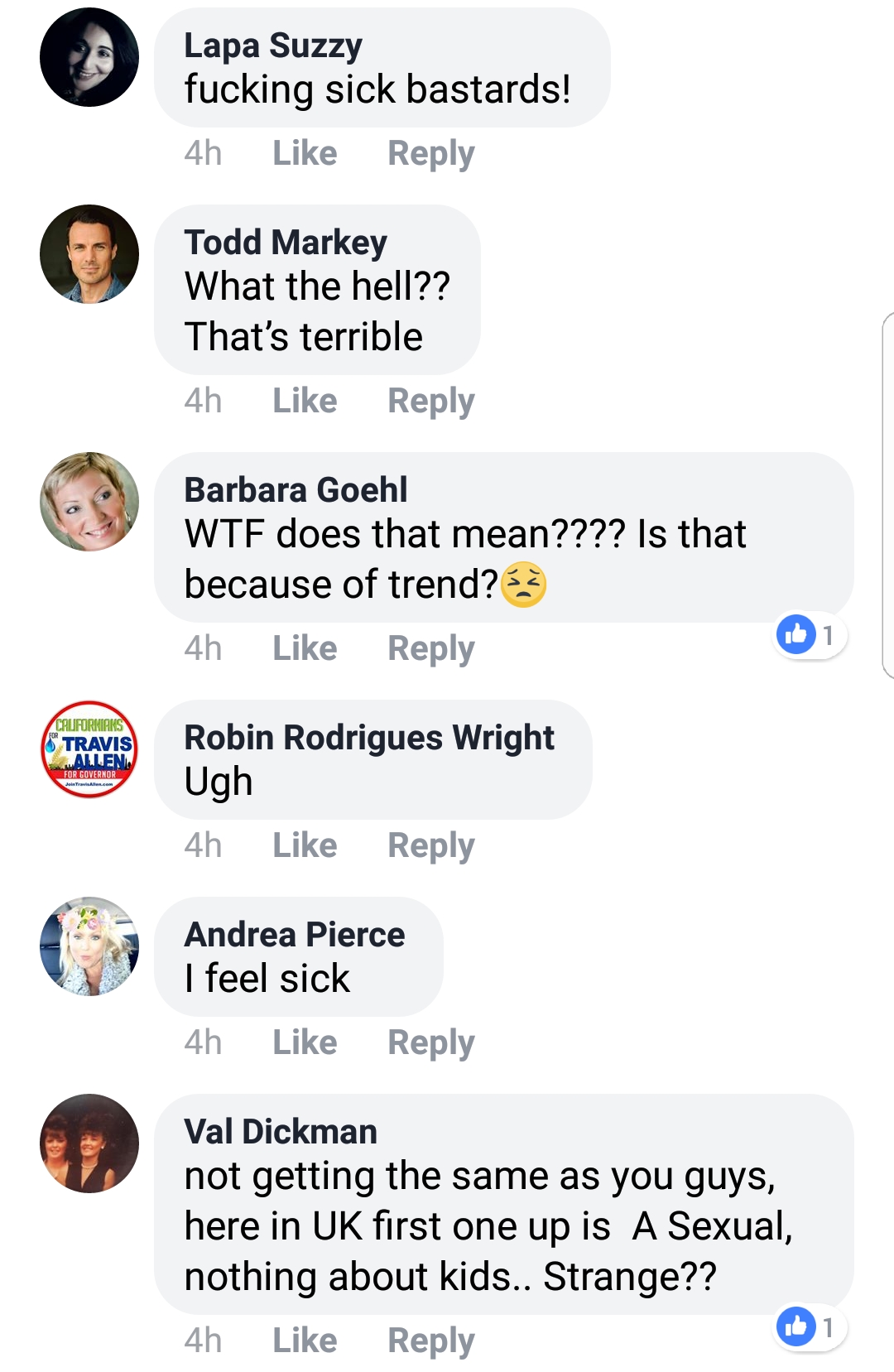 The result did not display for me either, however this did not cross my feed until several hours after it was posted. It may be possible that Facebook caught on and got rid of the result, or it simply may not have been localized to my area of the United States.

Likely, this was a stunt by a group who induced the results by searching for these results over and over again to create a trend in the Facebook search algorithm. However, if Facebook can catch a drawing of an AR-15 in a video and ban the user, one would hope they could have immediately picked up on “little girl giving oral” and prevented such wording from trending.

What business owners need to know about improving staff morale

Putting Your Creativity to Good Use