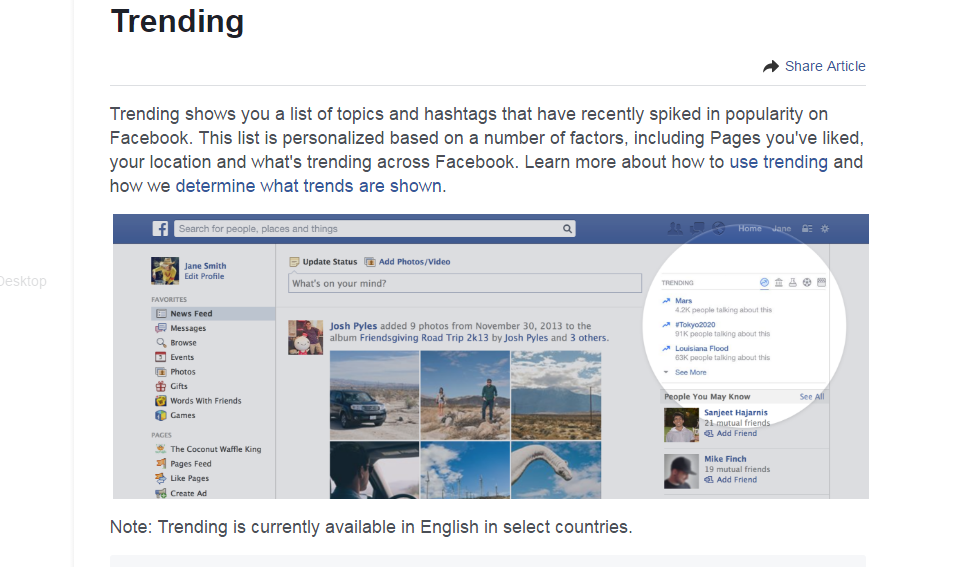 Facebook would like us to believe they have an impartial algorithm that determines what stories are trending and what subjects we are interested in, and without the intervention of a single human being, it serves up the news to our specifications.

More stories about Hillary Clinton than about Donald Trump on your feed? It must be because everyone loves Hillary more. No stories about Gary Johnson, the Libertarian Party candidate? It must be that nobody but you is talking about him. By convincing people that the topics they care about are not of interest to anybody else, Facebook has been shaping political reality.

However, after they were caught red-handed in an attempt to promote liberal and pro-Democrat stories, and to suppress alternative sources of information, the social media giant decided to fire all the people who had been responsible for Facebook Trending. Instead, they substituted an automatic algorithm — and all hell broke loose. Without people to decide what was what, the Facebook Trending algorithm could not tell what was appropriate, what was on topic and what had merit as a news story.

It was late on August 26, 2016 that Facebook announced its decision.

Today, we’re making some changes to the Trending feature on Facebook that will make the product more automated and will no longer require people to write descriptions for trending topics….Instead of seeing a story description in Trending, you’ll now see a simplified topic — for example, #PhelpsFace or NASA — as well as the number of people talking about that particular topic on Facebook. This is based on the number of original posts that mention the topic and shares of posts about the topic.

Anybody who has ever worked in natural language processing can tell you that computers do not actually know the topic of a text unless there are people to tag it for them. In fact, contrary to what you may have been told, automatic translation programs require humans to tag words with their parts of speech before a sentence can be translated from one language or another. Computers do not know how to parse without help with the context.

There is no computer algorithm to date that can process any text in a meaningful way without human assistance. Even the famed Google search algorithm does not work as automatically as we have been led to believe. Hidden in the background are countless human beings making sometimes very arbitrary decisions without which the process cannot work. But Facebook decided it could do without people, as long as they had simplified topics marked with a hashtag for every story.

So sudden was this decision, that on Friday the Trending team was fired without notice at a meeting where a security guard was present to make sure they did not act out.

As a result, the non-human portion of the Facebook team was free to push headlines such as these:

The plan to phase out humans in the fast food industry may be proceeding apace thanks to hikes in the minimum wage. But reading an article and determining what it is about requires a little more thinking than making a McChicken sandwich. Back to the drawing board, Facebook!

Can You Imagine Living with Tomi Lahren?