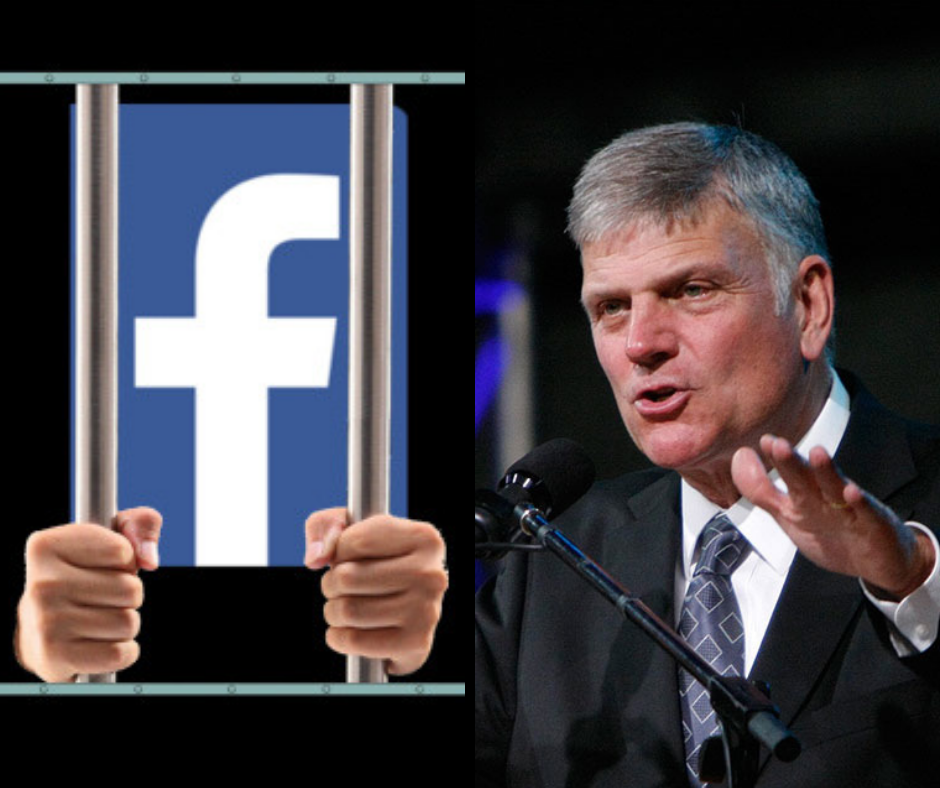 Facebook has had a pretty long list of banning people and censoring speech they don’t agree with. Now it seems they have censored the Reverend Franklin Graham, the son of the late and highly regarded evangelist Billy Graham. Graham took to Twitter last night to announce that he had been banned from posting on Facebook for 24 hours due to a post he had made in 2016 about Bruce Springsteen refusing to do a concert in North Carolina in protest of NC’s HB 2 (the bathroom bill) Graham, arguably one of the most influential evangelicals today criticized Facebook’s evolving community standards on hate speech as actively censoring an individual’s right to freedom of speech. Facebook removed Graham’s 2016 post to which he reposted his old comments so his viewers could see exactly what he said before it was taken down. 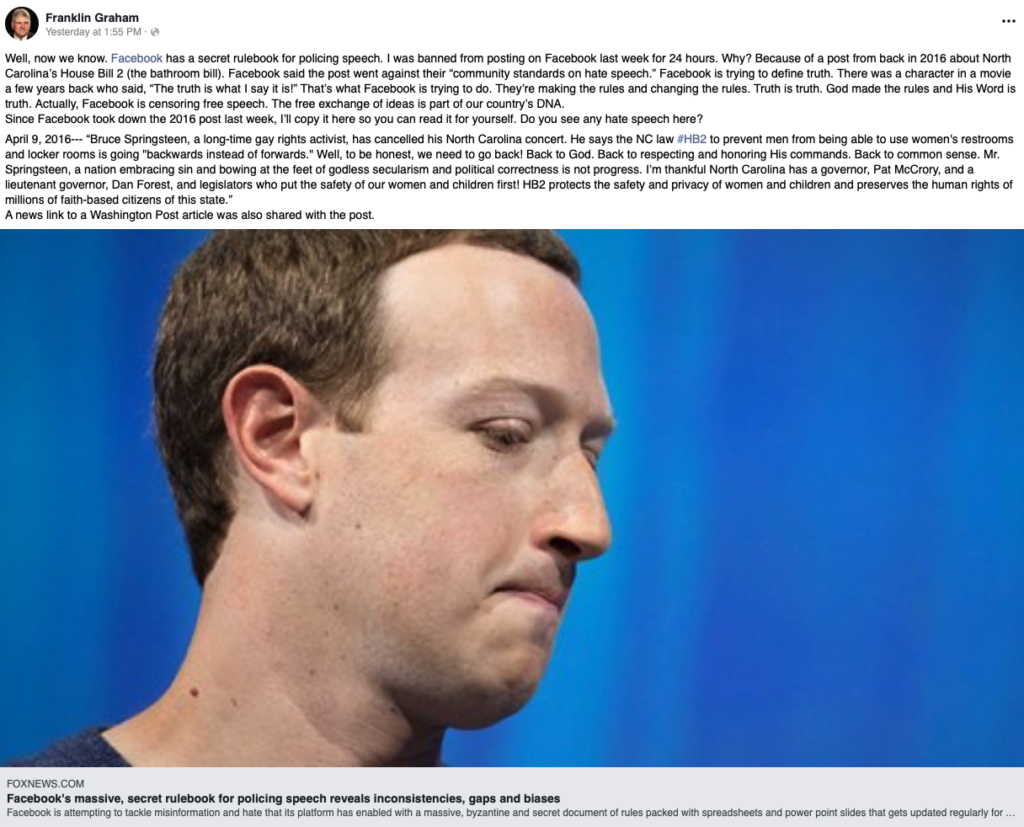 Last week I was banned from posting on Facebook for 24 hrs because of a 2016 post about NC’s House Bill 2 (bathroom bill). They said the post went against their “community standards on hate speech.” Facebook is making & changing the rules. 1/2 https://t.co/HYIgErnp3J

.@Facebook is censoring free speech. They’re making & changing the rules. Truth is truth. God made the rules & His Word is truth. The free exchange of ideas is part of our country’s DNA. You can read the post that Facebook took down last week here: 2/2 https://t.co/SIbgivZjTo

Graham is has become very outspoken politically since the 2016 presidential election and is a strong advocate for the Trump administration among Evangelicals.

You Might Have Heard That A Student’s Size Resulted In A Title IX Penalty. That’s Fake News