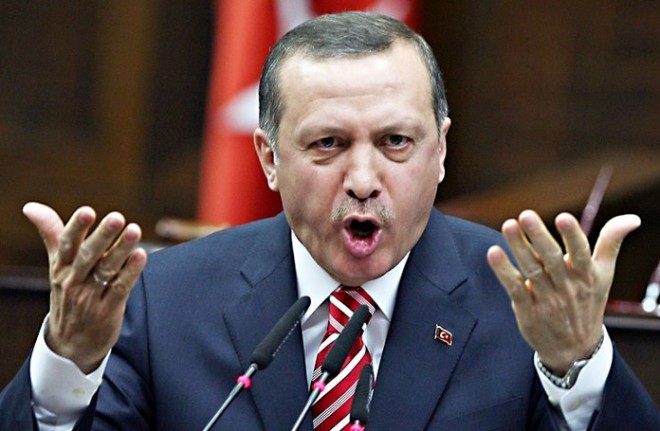 Erdogan lashed out at German authorities for barring Turkish ministers from campaigning in support of a referendum in April that would expand Erdogan’s powers if passed.

“When we call them Nazis they [Europe] get uncomfortable. They rally together in solidarity. Especially Merkel,” Erdogan said in a televised speech Sunday, according to AFP. “But you are right now employing Nazi measures. Against who? My Turkish brother citizens in Germany and brother ministers.”

Erdogan urged Turks around Europe Friday to have five children instead of three in response to the “rudeness shown to you.” (RELATED: ‘You Are Europe’s Future’: Erdogan Tells Turks Abroad To Have 5 Children)

“Have five children, not three. You are Europe’s future,” Erdogan said. “This is the best answer to the rudeness shown to you, the enmity, the wrongs.”

Erdogan reiterated the call Sunday, saying procreation is necessary since European countries are working on “reducing our number.” Europeans would even bring back gas chambers if they weren’t ashamed of their past, according to Erdogan.

“They were uncomfortable with my words. They are your citizens. They can give birth to three children or five,” Erdogan explained Sunday, Hurriyet Daily News reports. “If they weren’t ashamed, they would revive the gas chambers.”

“We are tolerant but we’re not stupid,” Gabriel said, according to Deutsche Welle. “That’s why I have let my Turkish counterpart know very clearly that a boundary has been crossed here.”

The Gorsuch Hearings Are Starting. Here’s What To Expect.