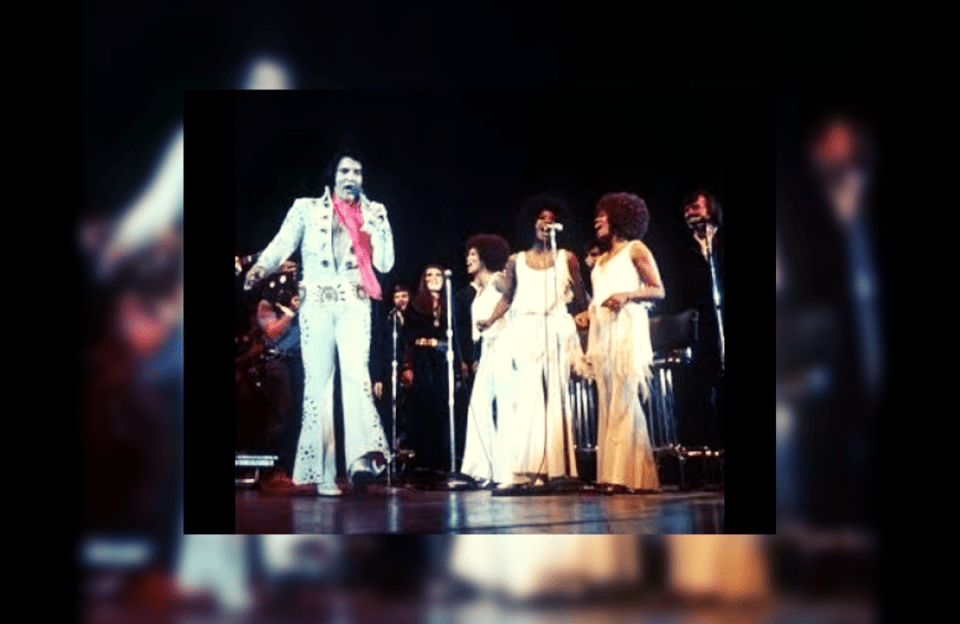 “Values are like fingerprints. Nobody’s are the same,
but you leave ’em all over everything you do.”
– Elvis Presley

When you think of Elvis Presley, the phrase “civil libertarian” might be among the last things to come to mind when referencing the legendary “King of Rock ‘n’ Roll.” However, if one were to study the details of the life of Elvis, nothing could be more apparent than that he was indeed an advocate for civil rights and significantly contributed to dismantling racial barriers that existed in American culture from the 1950s to the early 1970s.

In order to understand how revolutionary Elvis was, we must go back to the very beginning, long before he became one of the Founding Fathers of Rock ‘n’ Roll.

Elvis was born on January 8, 1935, in Tupelo, Mississippi to parents Vernon and Gladys Presley. Elvis grew up in extreme poverty in the deep South at a time when the nation was still extremely segregated, except among those who lived in extreme poverty. Young Elvis was greatly influenced by a wide array of musical genres including Gospel, Blues, Country, and R&B. It is likely both Presley’s devout Christian upbringing as well as his exposure to black culture throughout his lifetime motivated him to care about the struggle of black Americans for equality under the law.

Did Elvis march with Civil Rights activists such as Reverend Dr. Martin Luther King Jr. and Malcolm X? No. In fact, very little is known about Elvis’ political views in general as he saw himself as strictly a musician and entertainer. However, when we consider the cultural barriers that Presley obliterated by integrating popular music, he enabled black musicians to enjoy the mainstream success that had eluded them for so long.

There is a long-standing lie that Elvis didn’t truly care about black people and was actually a racist who exploited black American musicians for decades prior to the dawn of his musical career. Nothing could be further from reality.

The origin of this misconception was a lie printed in a white-owned magazine created for a black audience called “Sepia.” The magazine published an article in 1957 asserting that Presley said, “The only thing Negroes can do for me is buy my records and shine my shoes.” The article in question stated that Elvis made this remark after playing a gig in Boston. However, when he was questioned about the statement by a reporter behind the scenes of his film, “Jailhouse Rock,” he said he not only never said that, but had never been to Boston at that time. Reverend Milton Perry also penned a piece in the highly popular black magazine “Jet,” where he spoke to black people who knew Elvis well who verified that the claim was not something he would say.

The King of Rock ‘n’ Roll also recorded songs that spoke to the issues of the black community during the height of the civil rights movement. Records such as “If I Can Dream,” “In the Ghetto,” and “Walk a Mile in My Shoes” certainly reflect his views on equality under the law and his social awarness concerning the issues of his day.

Elvis almost didn’t play the Houston Astrodome in 1970 because the people in charge told him that he could leave his backup singers at home because they were a black girl group. Elvis told the individuals in charge that not only were “The Sweet Inspirations” coming with him, but they would be allowed to ride in a Cadillac around the stadium right behind him or he wasn’t going to play the show. Needless to say, he got what he wanted and the women were treated fairly.

This might not sound like a big deal today, but considering the political and social climate of the late 1960s and early 70s, making such a statement was a bold move that could have cost him. Elvis chose not to play it safe and stood up for what is morally right.

It is almost impossible to find out what Presley believed politically as he was incredibly private when it came to political matters. Still, when it came to actions, there is no doubt that Elvis contributed greatly to the Civil Rights movement even though he never marched with Dr. King.

The song “If I Can Dream,” which is the closing song of his legendary ’68 Comeback Special, truly gives us a glimpse into the heart of a man who rose from the humblest of beginnings and became the innovator who changed the world of popular music in a way no one had before or since.

While his musical talent is often praised, the man himself and his contributions to the betterment of American society have been largely ignored. This aspect of the revolution that Elvis sparked should be celebrated as the precious gift that it is.

May the world always remember Elvis, and may we all use our gifts to better the world just as he did—even if he was never given the respect he truly deserved.

How Many Payments Can I Miss Before My Car Is Repossessed?

What should you know when shopping for car parts?