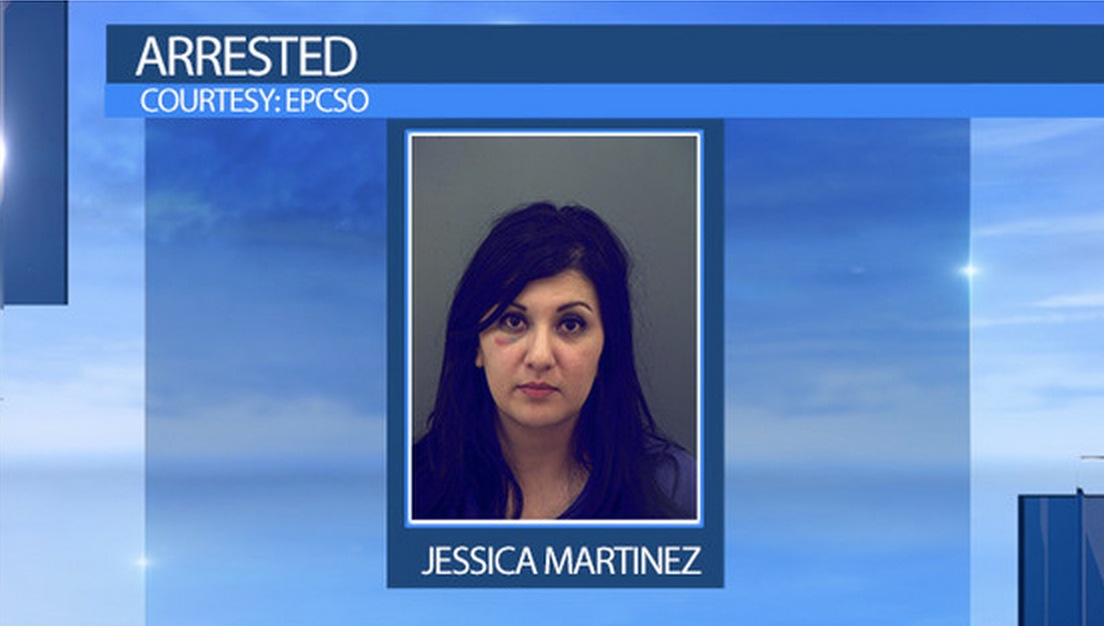 EL PASO, TX – Well, it looks like even the suits in the police hierarchy can’t stay away from that freedom-to-batter action in which their uniform-sporting underlings so frequently partake. It has now been reported that a police detective in El Paso, Jessica Martinez, has assaulted her own stepdaughter in a drunken rage in the family home.

Martinez, during an apparent family squabble, was said to have screamed to the unnamed victim, “I discipline in this house – I can end your life!” According to the affidavit, the fight broke out over the stepdaughter’s dog, at which point the victim and the dog both left the room to avoid further conflict. That’s when Martinez gave chase.

According to the El Paso Times, “Martinez then followed the victim into the room” and began to “tightly squeeze the victim’s neck.” The victim then felt faint and “almost passed out,”collapsing to the floor. Upon realization of the implications of her actions, Martinez “struck herself in the eye in order to claim that the victim hit her and instigated the violence,” claimed another report.

While Martinez is reportedly “on administrative leave pending investigation,” what this really amounts to, as the anti-police violence movement always puts it, is “paid vacation.” Martinez will likely sustain a mere slap on the wrist and be free to terrorize stranger and family alike very soon.

All in a day’s work.

“Scientists”: Men Use Smiles and Laughter To Hide Hatred Of Women