If there’s one thing universal in human nature, a feature that works almost all the time notwithstanding the acuteness of the challenge at hand, it’s that we as a species crave for cooperation. When we feel battered down by a nasty Coronavirus or another no less horrific cataclysm, we always put ourselves next to our kinsmen extending our helping hand as much as we possibly can.

But there’s another feature in our character that keeps on emerging during such times: we also love our power over others and strive towards acquiring more of it. The duality of this nature can be best illustrated by what’s going on in the world right now:

The COVID-19 outbreak, that has already infected more than 1.2 million people across the globe and killed over 70,00, has shown that, on the one hand, people at great need will always find someone who’s willing to help them, yet on the other hand, those in power (the government) will want to seize the opportunity and extend its controlling power.

For the purposes of this article, we’ll start by examining the second issue and then compare it to the first one, ultimately deciding which one is more effective in battling the Coronavirus. When looking at the governments across the planet, there’s one universal pattern that is evident right away: almost all of them have begun enforcing stricter isolation laws, closing lots of businesses, and in general, impeding the economy.

In Canada, for example, the country has begun closing or limiting the border entrances for the citizens of other countries. Last week, the number of those people who were moving from the United States to Canada by land was down by almost 82%, while the airport travel had a decline of 85%, a serious hit to the country’s economy.

Not only that but lots of companies, regardless of their industry, were also forced to close down. So, if you were an online casino provider in Canada, already doing your job remotely, you’d still find yourself closed down under the government directives, which is quite ridiculous because as people are forced to stay at home and do nothing except for finding something fun to do indoors, they tend to play various types of games, whether it’s video games, board games, or casino games.

But we have even stricter governance case in a small Caucasus country called Georgia. Now, to give the devil its due, we have to admit that this country has had a relatively good counter-pandemic experience so far with less than 200 cases, 2 deceased, and 36 recovered patients.

But the restrictive measures that the Georgian Dream government took against the outbreak went way overboard: it imposed a curfew that begins at 9 p.m. and lasts until 6 a.m. During that time, as a general curfew rule, no person is allowed to walk outside their homes, no business is allowed to function, and only the police can roam around, “ensuring” the public order. It goes without saying how devastating these measures will prove to be for the country’s economy.

Free people do better in times of crisis

Now that we’ve seen where the governments’ allegiance lies, let’s see how the people, governed by those governments, actually handle the crisis. The first example of how the freedom of cooperation is a far better strategy here is the recent decision of the U.S. Vice President Mike Pence to allow medical professionals to practice their profession across state lines without a separate piece of the license.

By freeing doctors from this unnecessary guideline, the industry will better mobilize the workforce in the areas where they’re more required. In short, Mike Pence made it implicitly clear that when it comes to virus outbreaks, maybe we should let doctors do their thing, instead of governments.

Yet another U.S. department that relaxed its restrictive guidelines is the Food and Drug Administration: according to the recent announcement, the private companies that produce COVID-19 test kits can immediately deliver them to the market without the FDA doing vigorous testing and approving them beforehand.

To illustrate how effective this measure actually is, we can compare the U.S. case to the one of South Korea. Before this decision, the Centers for Disease Control and Prevention used a lengthy vetting process and didn’t approve private testing, whereas in South Korea, private companies were allowed to issue test kits pretty much from the beginning. The result of this disparity was that the latter had tested significantly more people than the US did if we compare the two in terms of conducted tests per capita.

This practice of freeing up the private sector and letting people do their job was acknowledged by many other U.S. departments as well. Whether it’s the Department of Transportation removing the limitations on the number of hours truck drivers can drive per day the Department of Health and Human Services removing licensing requirements for practicing physicians, we’re increasingly seeing the results of loosening restrictive measures: people are helping one another without anyone else telling them to.

We don’t need government directives to do to good

When we see what little centralized direction is necessary for us to actually do good for our kinsmen, we need to raise some serious questions: if we are able to stand against this grave challenge that the COVID-19 outbreak is, and if we are capable of coming up with an effective remedy for it, why do we need explicit government guidelines and regulations in the first place then?

Did Yadesa Bojia, an Ethiopian man living in Seattle, need explicit government directions to do a Facebook live translating all the CDC’s guidelines in Amharic for his fellow Ethiopians who couldn’t speak English? Did others need government intervention to offer their free babysitting service to those who work in healthcare or other essential sector or those who serve the elderly in any way they can? No, I don’t think so.

People take it upon themselves to help their fellow friends, neighbors, or just regular by-walkers that share the same burden they do – they’re affected by a pandemic. So, whenever you hear someone praying for more government regulations, do an act of kindness and show them that people are much better off when left to their own devices. And while a person, according to libertarianism, is an island, our social interactions are just as important as our individualist nature! 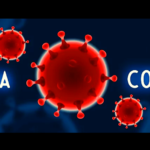 For Small Businesses, COVID-19 is a Costly Wakeup Call 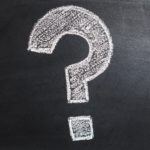 How To Find The Perfect Accommodation Near Your University