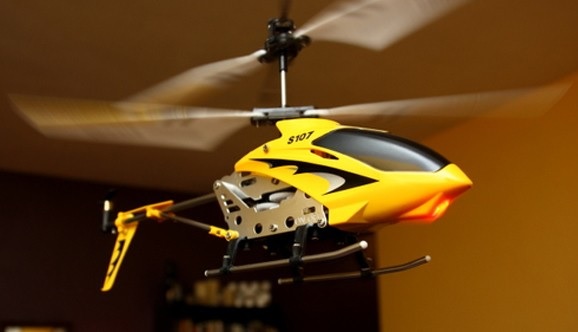 Feinstein cares about privacy when hers is on the line.

“I’m in my home and there’s a demonstration out front, and I go to peek out the window and there’s a drone facing me,” says Dianne Feinstein. Feinstein’s home was the site of a protest by Code Pink, a left-wing women’s group that often takes anti-establishment positions and challenges Democrats.

In an interview with CBS’s 60 Minutes, the senator expressed concern that drones might fly too close to homes and be used to stalk people. Feinstein suggested that her uncharacteristic concern for privacy was provoked by the Code Pink protest.

As it happens, Code Pink produced a video of their demonstration. Their footage shows that the “drone” in question was actually a cheap children’s toy. It’s hard to believe the toy was made to hover outside the senator’s window: the protestors are scarcely able to control the plastic helicopter at all. After the helicopter repeatedly crashed, it was even suspended on a string.

In a similar display of selective outrage, Feinstein has expressed anger at the recent revelation that the CIA spied on her computers. The senior senator from California is a leading advocate of the NSA’s nationwide surveillance program, and has said that Edward Snowden committed “an act of treason” by revealing the program’s existence.