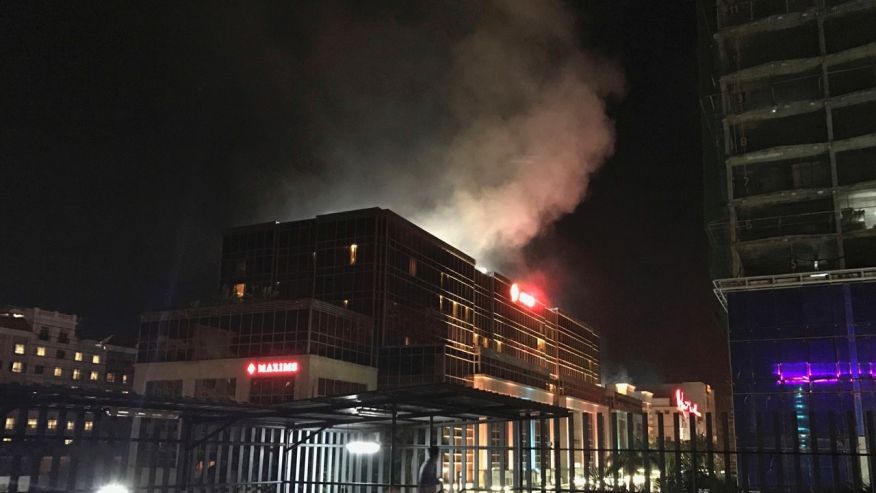 Dozens of people perished at an entertainment resort in the Philippines Thursday after a gunman set fire to the facility.

A heavily-armed male began firing off shots and setting casino tables on fire after entering Resorts World Manila in Pasay, a suburb on the southwest side of the capital. Thirty-seven people died of suffocation and smoke inhalation, and many others were injured in the resulting stampede, according to multiple reports.

Casino security shot the gunman, who then barricaded himself in a room, set himself on fire, and shot him.

The suspect was a white, English-speaking male who reportedly attempted to flee with a bag full of casino chips, leading authorities to call the attack a robbery. There are concerns that the fatal attack is linked to the Islamic State, but police are pushing back.

“Don’t panic, this is not a cause for alarm. We cannot attribute this to terrorism,” Philippine National Police (PNP) Chief Director-General Ronald dela Rosa said Thursday evening.  The SITE Intel Group, which monitors jihadi activity worldwide, revealed that an ISIS operative in the Philippines had said that the group was responsible for the attack.

“We are looking into a robbery angle because he did not hurt any people and went straight to the casino chips storage room, Dela Rosa told reporters, “He parked at the second floor and barged into the casino, shooting large TV screens and poured gasoline on a table setting it on fire.”

The PNP chief said that a terrorist would have opened fire on guests, but that did not occur in this case, thus reinforcing the robbery angle. The gunmen reportedly tried to make off with about $2.6 million in casino chips.

While authorities argue that there are no indications that the attack was an act of terrorism, ISIS claimed responsibility Friday for the assault on the resort on its Amaq News Agency, according to the Site Intel Group. ISIS identified the attacker as Abu Khair al Luzonee.

1) Breaking: ISIS' Amaq claimed attack @ Resort World #Manila , #Philippines was carried out by #ISIS fighters according to its source pic.twitter.com/W1n9673y5T

Authorities suggest that the terrorist group may be claiming responsibility for propaganda purposes, but there could be more to the attack that has yet to come to light.

Re #Manila: Assuming claim is valid, may have been both attack and robbery, as IS called for theft of enemies’ wealth in last Rumiyah issue pic.twitter.com/gBtOwdgDKp

The magazine also encouraged fighters to use fire to carry out terrorist attacks, noting that flammables are “a quick option for anyone intending to join the just terror campaign.”

Obama Is Not Happy About Trump’s Paris Decision