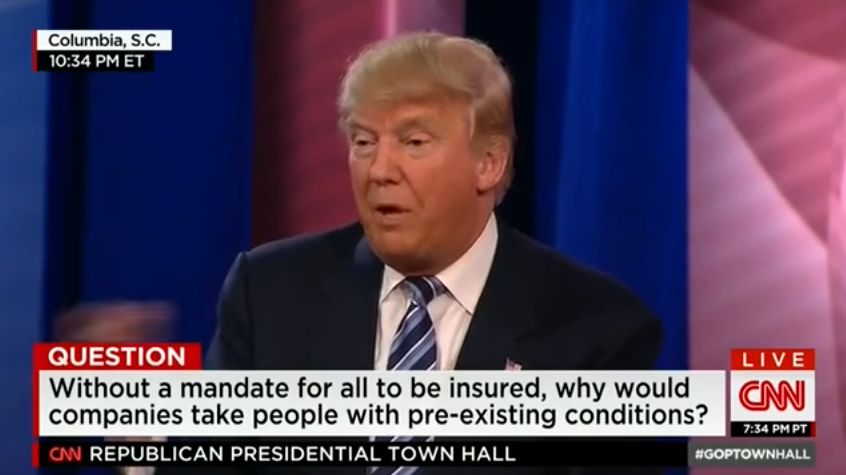 Donald Trump has taken heat during his campaign to become the Republican nominee for president for his vocal support of government healthcare. While Trump has backed away from the term ‘universal healthcare,’ he still espouses rhetoric about “taking care of everybody” on the government’s dime.

Last night during CNN’s Republican Candidates’ Town Hall, Trump admitted he actually likes one of the most reviled policies of President Obama’s: the individual mandate to buy health insurance in the Affordable Care Act.

While other candidates have made repealing this costly, ineffective, atrocity of government overreach, a mainstay of their campaigns, Trump continues to espouse Obama talking points on the campaign trail.

Trump says that Obama lied when he told Americans they could keep their doctors and existing plans, but somehow thinks he can achieve the same mandate without the economic consequences.

Here is Trump just last June calling Obamacare a disaster and a “big lie.” I guess he’s changed his mind?