When citizens of a particular nation are allowed to trade in whatever currency they choose, it is called currency freedom. This is not exactly beneficial to the country because the monopoly of the states’ federal reserves is destroyed. When citizens of a country are allowed to choose preferred currencies, they are free to decide whether or not to store their money in a currency that might not be affected by depreciation caused by more government spending, which means that the saved currency will still have the same worth after some years compared to the local currency if there was a devaluation.

The controls on the exchange are imposed by state administrations to limit the buying and selling of currencies. These restrictions permit nations to balance out their economies efficiently by restricting in-flow and outflow of cash, which might lead to volatility in exchange rates. Only a few countries may use the method. According to the International Monetary Fund’s Article 14, just countries with transitional economies can use this measure.

Nations that are still developing or that have weak economies can put restrictions on local currency can be traded or exported, or in some cases, how it can be banned totally to avoid speculation.

There are a few ways that a country can enforce these exchange restrictions; an administration might decide to completely boycott a specific currency’s use within the country and prohibit local people from using it. On the other hand, they can force fixed trade rates to reduce speculation, restrict any or all foreign currencies to an exchanger approved by the government, or the number of currency imports and exports from the country can be limited. In particular, the data compiled through this Axiory review, an average Forex broker, we can most definitely say that although currency controls benefit member-states in the single currency area, many currency investors feel that such restrictions might limit economic freedom to some extent, especially with regards to international trade.

The economy of Iceland, which is a small country of over 334,000 people, collapsed in 2008, and the administration had to put in place exchange controls as they struggled through their financial crisis.

For the world to develop, people must be courageous enough to start. Obstacles on the way have to be cleared out so that the creative energy of individuals can be met. To be able to progress, favorable conditions have to be created. The main point is creating a world where men exploit their potentials economically.

Economic freedom is the process where individuals are able to freely practice economic activities while allowing others to practice as well without any interference.

For more than one hundred years, the monetary world has been occupied with an incredible discussion. On one side of this discussion have been those logicians and financial specialists who advocate an economic framework dependent on private property and unregulated economies, or what one may call economic freedom. The key elements of economic freedom are personal decision, property, and protection of persons. When people are permitted to trade and protect their property through policies and organizations, this is consistent with economic freedom.

Administrations can encourage economic freedom when they provide a civil structure and a law enforcement framework that ensure the property privileges of owners and implement contracts in an impartial way. Nevertheless, economic freedom additionally expects governments to avoid taking the property of individuals and from meddling with the individual decision, intentional trade, and the opportunity to enter and compete in the product and labor markets. When there is a substitution of taxes by states, regulations for personal choice, government expenditure, market coordination, and voluntary trade, they limit economic freedom.

Advantages of a single currency

The main advantage of currency freedom is the fact that exchange rates. In countries or areas where there is a single currency implemented, such as the European Union, the fluctuation of currency exchange rates is eliminated.

The Euro would be more steady. That is, it will encounter fewer fluctuations in its exchange rate when compared with public monetary standards because of its value. The Euro is a reflection of the normal financial conditions of the entire European Union and not that of one public economy. Besides, the Euro would appreciate more because it is used in a larger currency zone.

When a nation or group of nations has a single currency, the need for the nation to devalue its national currency to get a competitive edge over other nation-states will be prevented. This is the case with the EU and the Euro. Other countries devalue their currency to meet up with their peers who devalue their currencies in order not to lose to unfair competition to a nation or state that devalued their currency. This sort of devaluation is undesirable to the monetary well-being of all EU member states.

Risk of uneven development within the single currency area and Loss of autonomous monetary policy.

The opinion of intellectuals

On the opposite side of this discussion are individuals who are not in favor of economic freedom, who rather contend for a financial framework that is more centralized in economic planning and the administration’s control of the means of production. Individuals who support more state presence in economic activities are intellectuals such as Karl Marx, Jean-Jacques Rousseau, and a lot more. These philosophers contend that unrestricted economies lead to the severe economic crisis, monopolies, financial inequality, and the poor continue being poor or even poorer and that when a system is central, these problems are easily avoided. They consider the importance of economic life in high regard and, as such, do not agree for it to be left to the decentralized decisions of individuals. 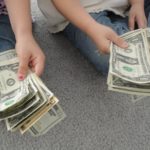 Choosing the Right Heating Oil Provider for Your Home

How to choose housing during your internship in New York?