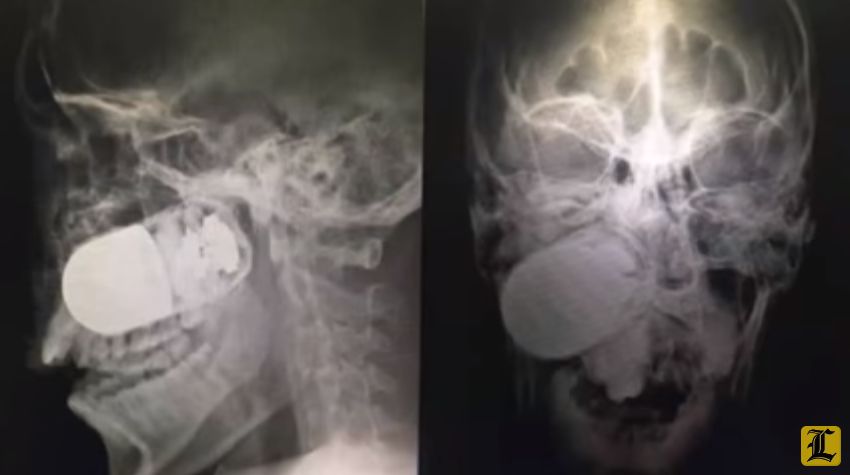 Colombian doctors successfully surgically removed a live grenade out of the cheek of a Colombian soldier in a matter of minutes.

20-year-old Colombian Private Leandro José Luna sustained his odd and graphic injury on June 5, when a fellow soldier misfired a grenade launcher while on patrol. The surgery was deemed to be so urgent that when Luna arrived in the Bogota (the capital of Colombia) Military Hospital, doctors decided it was best to set up a makeshift operating theater in the hospital parking lot.

Luna had to be driven to the hospital in an eight hour car ride because the military believed that the grenade might explode in the middle of a helicopter ride. Doctor William Sánchez, the hospital’s chief of surgery explained to Colombian daily El Tiempo, that when he conducted the procedure, “security protocols were implemented; including getting people to back up over 10 yards away,” from the patient.

As soon as the grenade was removed, Noticias RCN reports that it was “handed over to an anti-explosives agent who received it in his helmet and immediately left the area. A few minutes later, an explosion was heard.”

Sánchez went on to tell El Tiempo that Luna is no longer in the hospital’s intensive care unit and he believes that ultimately, “the [facial] reconstruction will be perfect.”